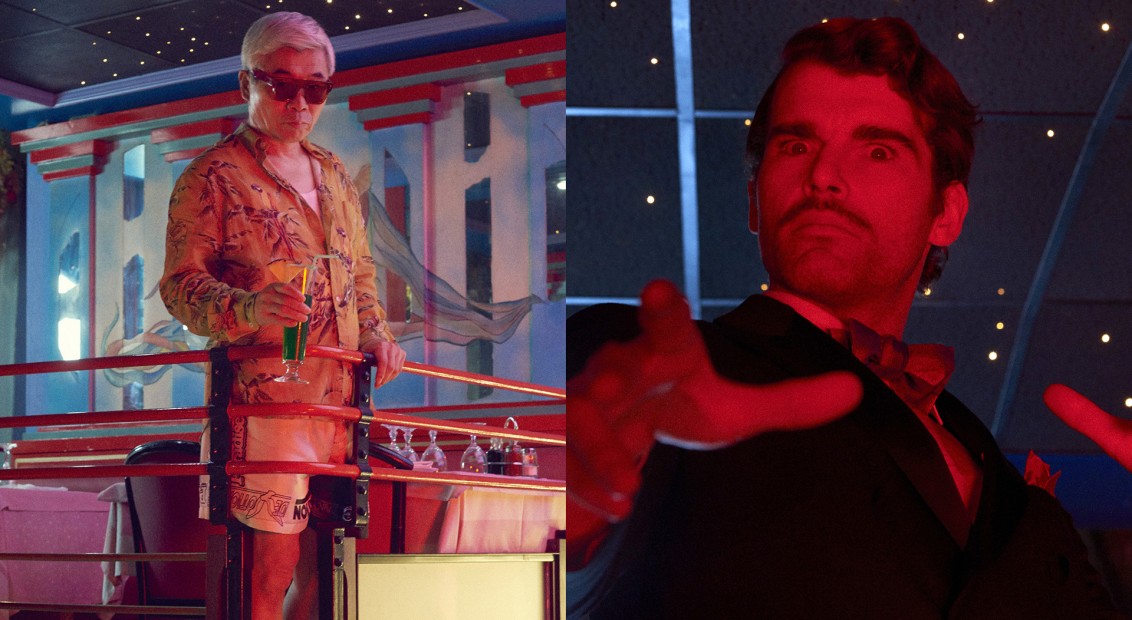 Stella McCartney has launched a new film, The Great Newman, directed by creative duo Suzie Q and Leo Siboni, the Parisian’s behind Givenchy and Saint Laurent campaigns as well as music videos for the Swedish teenage rap prodigy Yung Lean.

Starring French actor Stanley Weber, the mockumentary-style story follows a hapless magician on his pursuit of acknowledgement, this time, from an owner of a neon-lit Japanese-owned Chinese restaurant – think The Office‘s David Brent meets Only God Forgives.

The styling is a true medley of everything from tuxedos to beach prints and McCartney’s signature Glueless sneakers, further underlining the satirical tone of the film.

When asked about the project, Suzie and Leo added that they’ve “always loved the aesthetics of magic; the vintage side to it and also the surrealism involved as well as the proximity with the art of cinema. Playing with the idea of making the audience ‘believe’ and mixing that with a bit of comedy already present in the brand was a great challenge!”