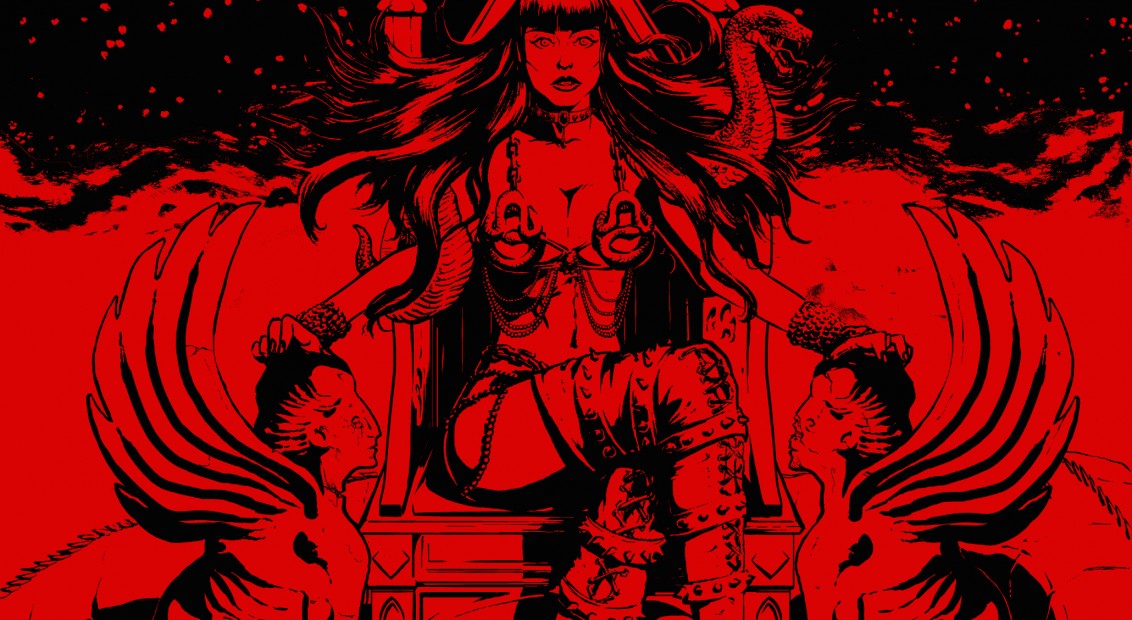 Her latest project sees her add another dimension to her world by transforming herself into a fictional comic book heroine, Dilara: Warrior Sorceress. Teaming up with Ben Freeman of London publisher Ditto and comic book artist Ben Filby, the London-based designer has translated her aesthetic onto paper, creating a fictional world that reflects our anxieties about Donald Trump, our planet and fundamental issues of humanity.

Not into comics about men saving women, Dilara Warrior Sorceress is saving the planet all by herself. “She can time travel, she has a pet snake that becomes a dragon, she lives in a floating castle and can curse you with her eyes or summon spirits,” Dilara tells us below about her exaggerated version of herself – only slightly exaggerated, of course. 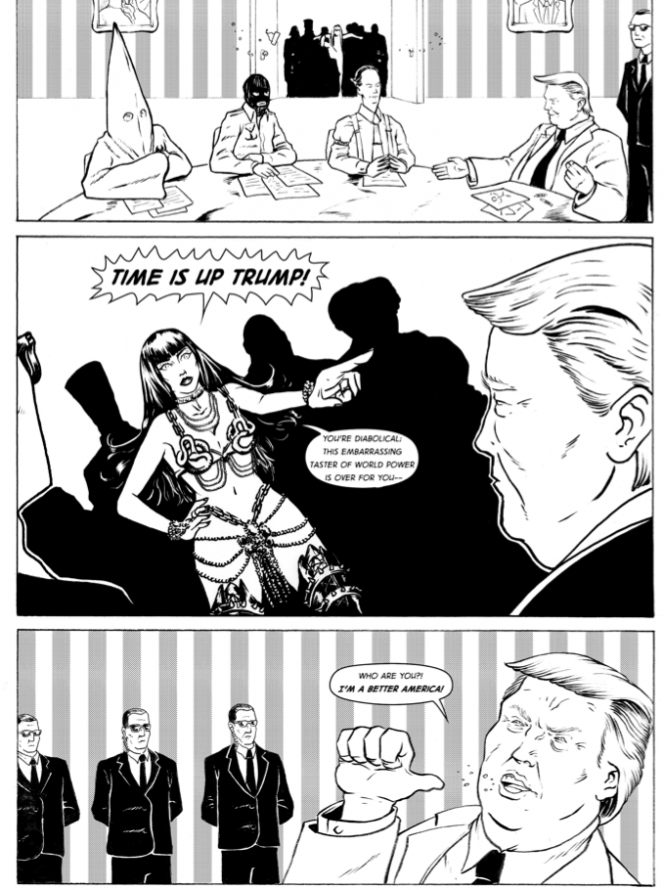 Violet Conroy: How did the idea for your new comic Dilara: Warrior Sorceress first come about?
Dilara Findikoglu: I always wanted my work to be more than just clothes, to tell a story, to awaken people, raise awareness and fight for things that they believe in. Ben is someone who understood me and my work really well since the beginning but we haven’t collaborated with Ditto before. So when I came up with the idea for the comic book, Ben made it happen straight away. Also, we wouldn’t have been able to make it without the amazing talent of comic book artist Ben Filby, he worked really hard on it.

Violet: Tell us more about Dilara Warrior Sorceress and her powers.
Dilara: Dilara Warrior Sorceress is a more exaggerated version of myself who has the ability to make dreams come true. She can time travel, she has a pet snake that becomes a dragon, she lives in a floating castle and can curse you with her eyes or summon spirits… We are going to see more of Dilara’s abilities in the upcoming issues.

Violet: Does she have a weakness? Like Superman has kryptonite.
Dilara: Her weakness is trying to be too fair and giving people a second chance. I always think there’s hope for everyone but it doesn’t always work out. If she loses, it’s because she wants to believe that everyone can be positively changed, which is not very realistic. 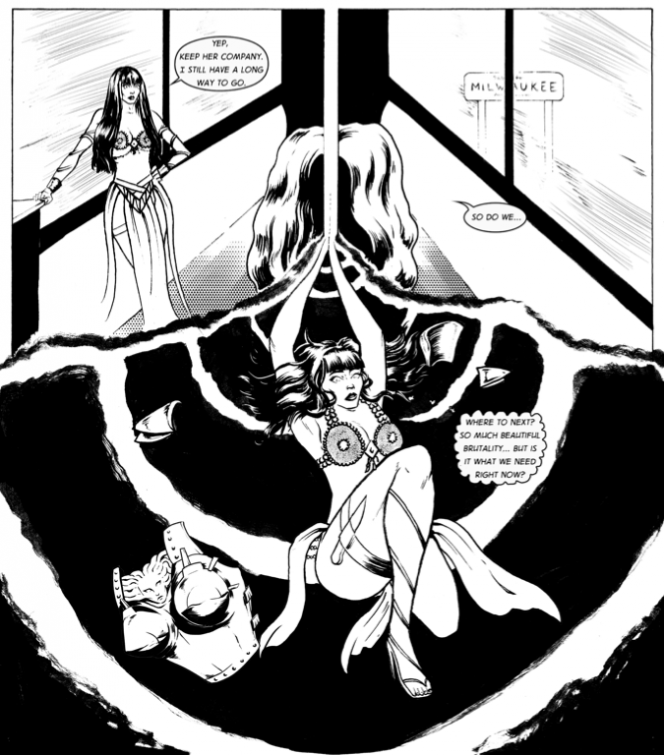 Violet: In the comic Dilara uses her powers to save the world, what sort of world is it? Why does it need saving?
Dilara: The world is our world, which I think needs a lot of saving. People need to be awakened. Our first issue is based on a subject which bothers everyone – Trump. The next issues are going to focus more on humanity and how these problems are partly caused by us since we let things get worse and worse. Lots of thinking must be done on this issue, and I can make people think too.

Violet: Are you a comic/illustrated novel fan?
Dilara: I’m not really into comics where men are saving women. However, I am into Vampirella, Red Sonja, Adventures of Sweet Gwendoline and some of Gene Bilbrew’s fetish comics.

Violet: Can we expect more comics about Dilara in the future?
Dilara: We are definitely going to continue saving the planet with Dilara: Warrior Sorceress.