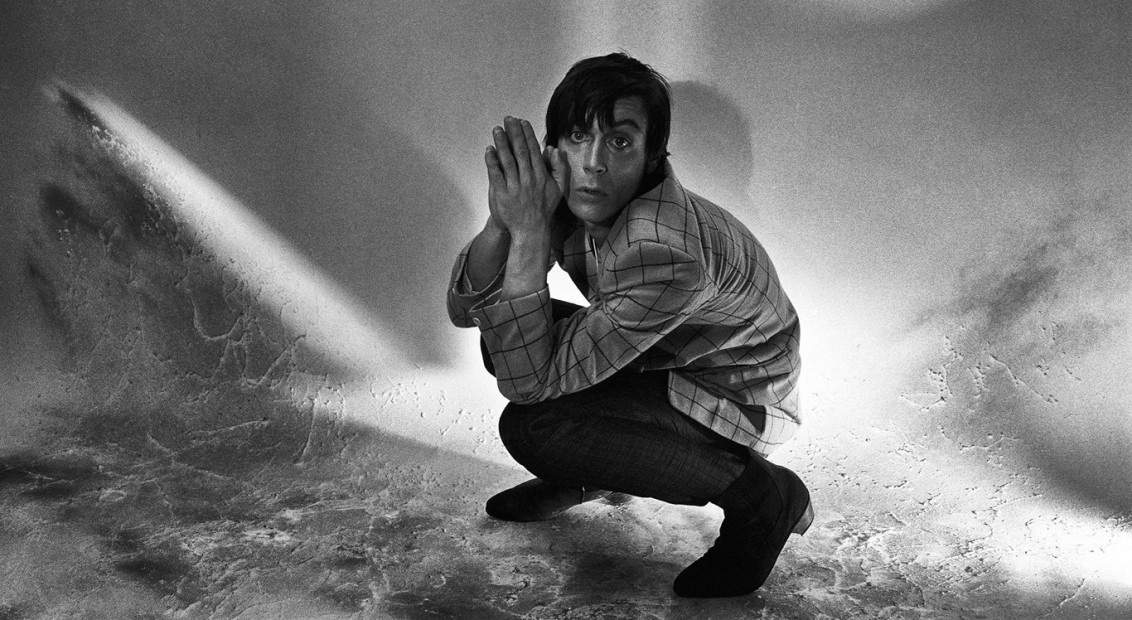 The man who photographed Iggy Pop, The Clash and Kate Bush in their pomp

“[One] problem was when certain members of a band had such large egos, actually more the small bands than the big ones, that you couldn’t corral them into taking the photograph because they were so into themselves,” says photographer Brian Griffin below. And he should know, having photographed some of the greatest egos in music history.

Having moved to London in 1972 to follow his photography dreams, Griffin accidentally – yet brilliantly – chose the ultimate year to make the move into music photography. It was 1977, punk was at once hitting its peak and also starting to fade – as was the nature of such an immediate and disruptive movement – and musicians were beginning to look forward and urge this nascent scene in new directions.

Over the years, Griffin documented this seminal moment; the rise of post-punk, new wave, and new romantics. Working with friend and graphic designer Barney Bubbles, Griffin’s body of work serves as a visual chronicler, creating imagery for the likes of Ian Dury, The Clash, Depeche Mode, Echo And The Bunnymen, Iggy Pop, Kate Bush, The Specials and Elvis Costello. 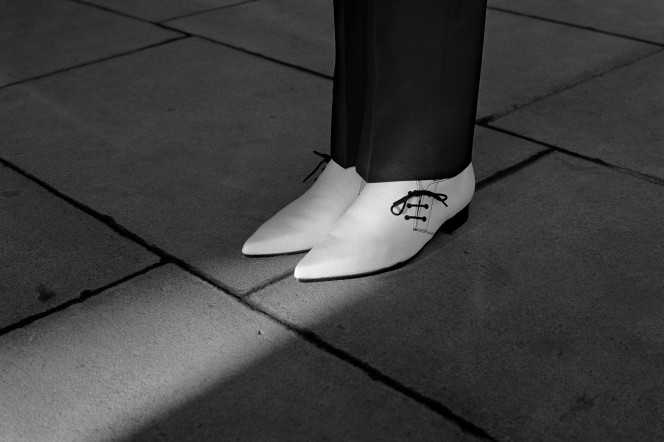 A new tome titled, POP, draws together many of these iconic shots in a comprehensive retrospective. Over 350 pages of palpable energy, the book offers an intimate insight into late-70s/80s youth culture, embodying the zeitgeist mindset: young, wild and free. The photographs in POP are accompanied by a Q&A between Brian and author Terry Rawlings, a renown music writer whose works include the controversial Who Killed Christopher Robin. Having worked in the industry at the same time and right down the road from one another, the exchange between the duo provides a rare window into the music industry in 80s London.

Thalia Chin: Can you tell me a bit about how you first got involved with photography?
Brian Griffin: My girlfriend fell out with me and I was devastated. I worked as an engineer in Birmingham in an office and I thought I just had to change my life. I’d lost my girlfriend, I was in a boring job. I was in what they call a ‘camera club’, then I applied to art collages to take me onboard in their photography departments and Manchester took me on. It was called Manchester Polytechnic but it’s now Manchester University of course.  And I got in, so I studied photography for three years full time and then came down to London to make my fortune. That was in 1972 and I have been here ever since.

Thalia: When did you make the move into music photography?
Brian: 1977 so the year after punk really. I came into it during post-punk, so there was punk then there was post-punk/new wave and then there was new wave, all these quickly formulating movements. 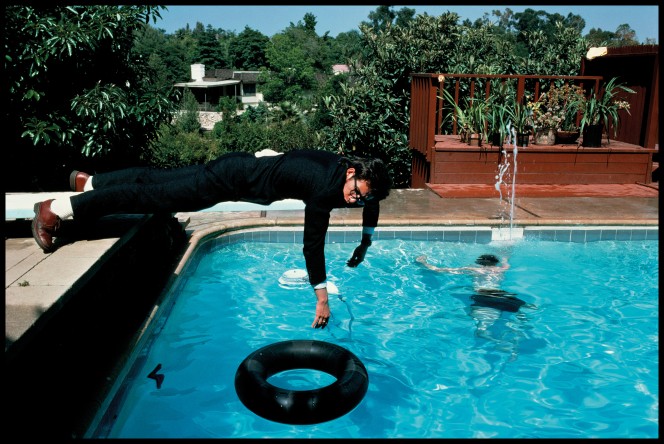 Thalia: How long have you been working on POP for?
Brian: Thirteen years.

Thalia: Wow, so it’s been a long time coming. What was the selection process like for the photographs?
Brian: The selection process was done between myself and Stuart Smith from GOST Books. It was a collaborative process of what to put in the book because I had so much material. We just went on the basis of the photographs that we liked really. We didn’t choose every image obviously because I’d need a book about five or six hundred pages for that. But it’s still a massive book – two kilograms in weight and four hundred pages.

Thalia: I really like the running conversation between you and Terry throughout, was there always a clear way in which you wanted the book to be presented? How long have you and terry been working on this?
Brian: Well, my studio was 121-123 Rotherhithe Street – of course it has been demolished and turned into a block of flats now like most of London – Terry lived just a few doors up the road from me in a flat and we’d go to the pub which was just a few doors between us both and we’d get to know each other. In the eighties this was the way. Then he became a prominent writer, he’s written about thirteen books on elements of the music industry and the fashion industry and he was a prime candidate because he had so much knowledge of music and he was my friend. He knew about Rotherhithe and my studio and the world around my studio. Rotherhithe was a pretty dark and forbidding place in the 80s, it’s not now; it’s just full of bankers and wankers really. It was a real collaborative process with Terry and we just sat down and thrashed it out band by band. It’ not just Q and A, he’s actually written an essay as well about what Rotherhithe was like when I was there in my studio.

“When I was photographing the bands everyone was like, “Oh wow you’re photographing Depeche Mode and Iggy Pop!” But it was a pain in the arse most of the time.” 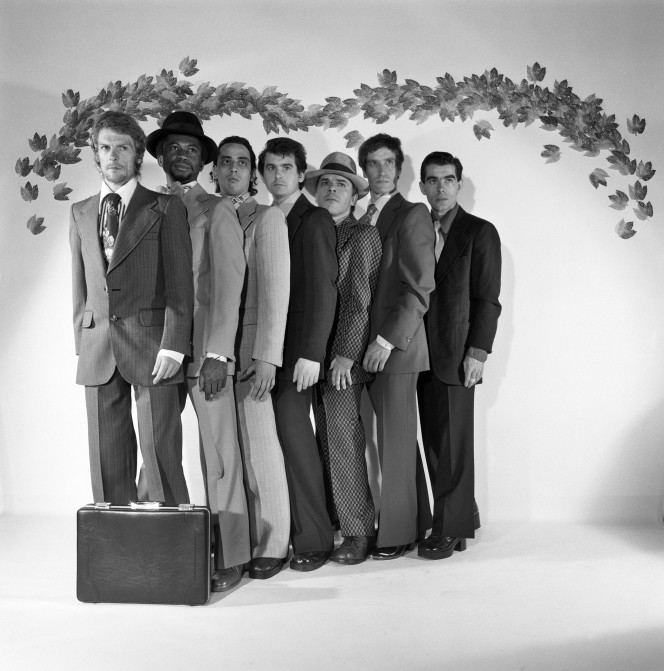 Thalia: All the photographs in POP are so individual to the band, can you tell me a bit about the process of working with these artists?
Brian: Apart from a few bands that I worked with extensively like Lene Lovich, Echo & the Bunnymen, Depeche Mode, I didn’t really spend any time with other bands at all, it was total improvisation based on how I felt on the day, what props I had in my studio that cost nothing. I was using the opportunity to create as a photographer because at that time it was the best way to get your work all over the world. Before downloads, before the Internet and every record shop in the world would have my pictures in their front window or certainly in the shop or on the record rack. So it was a very egotistical thing to do as well. It was a way of getting your name out to the world and it did. That’s why the book is so thick and that’s why I got so much work; everyone saw my work in the music industry because it was everywhere. If I had relied on a phone call or taken a portfolio around door to door I wouldn’t have gotten anything.

Thalia: And do you have any favourite shots from the book?
Brian: It really is. It’s a weird one that book, when I was photographing the bands everyone was like, “Oh wow you’re photographing Depeche Mode and Iggy Pop!” But it was a pain in the arse most of the time. Some of the best shots in the book are of either unknown bands or bands that put a single out and then disappeared, or photographs that were rejected by record companies, so it’s a fun book that way. But oh god I really couldn’t pick one. 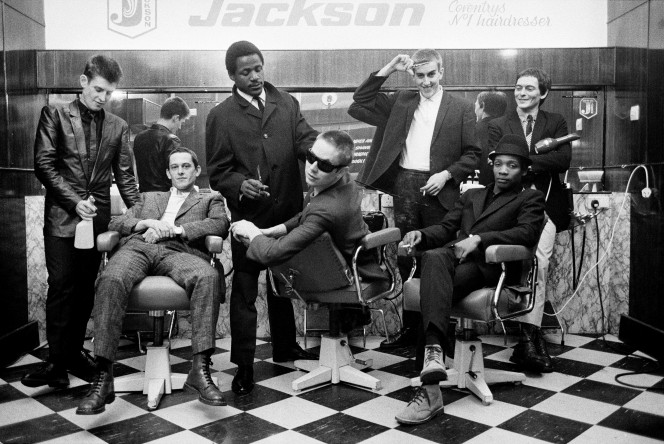 Thalia: And when you say difficult what do you mean?
Brian: Well I don’t want to say too much publicly, but quite a few bands at that point in time were involved in, shall we say, intake of some form [laughs]. So that formed a problem at times. It was quite exhausting actually. So there’s that side to it and then there are just basic reasons like bands that were totally not photogenic and it was totally impossible to get a decent picture out of them. That was a problem in itself and a third problem was when certain members of a band had such large egos, actually more the small bands than the big ones, that you couldn’t corral them into taking the photograph because they were so into themselves.