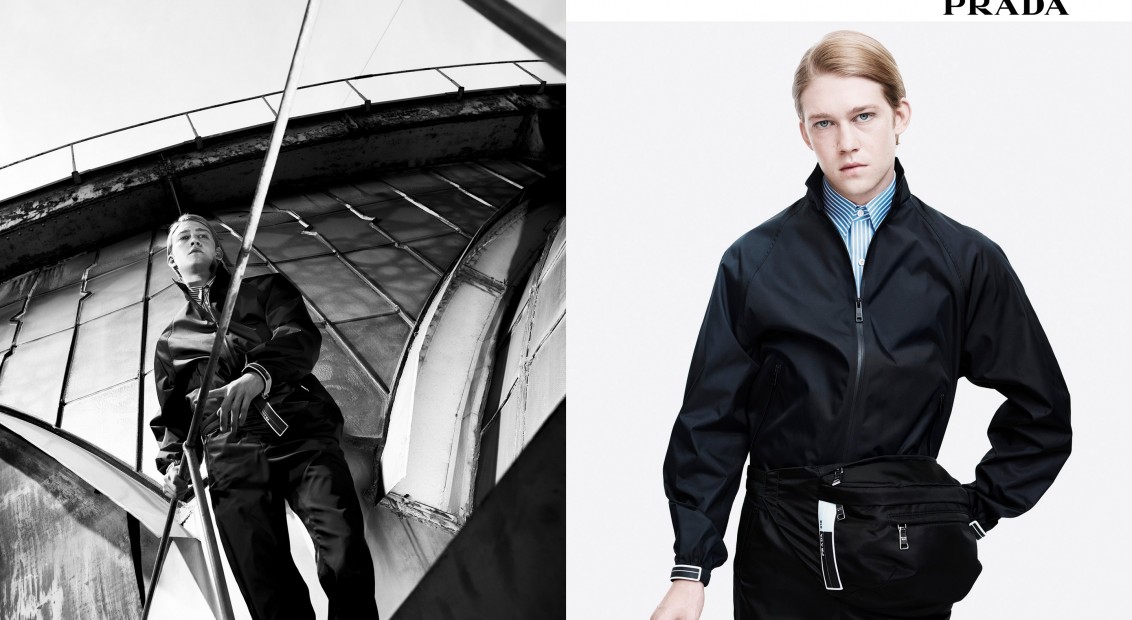 British actor and HERO 16 star Joe Alwyn, has been announced as the face of Prada‘s SS18 campaign.

The series is accompanied by a short film that borrows from the worlds of Ingmar Bergman and German Expressionism; low angles, sharp lines, constant battle between between light and shadow, and at the centre of it all – the portrait. Scored by Essaie Pas, the film expands on the juxtaposition between Alwyn’s character and a grandiose 19th century structure in Milan.

You can view the full campaign here.