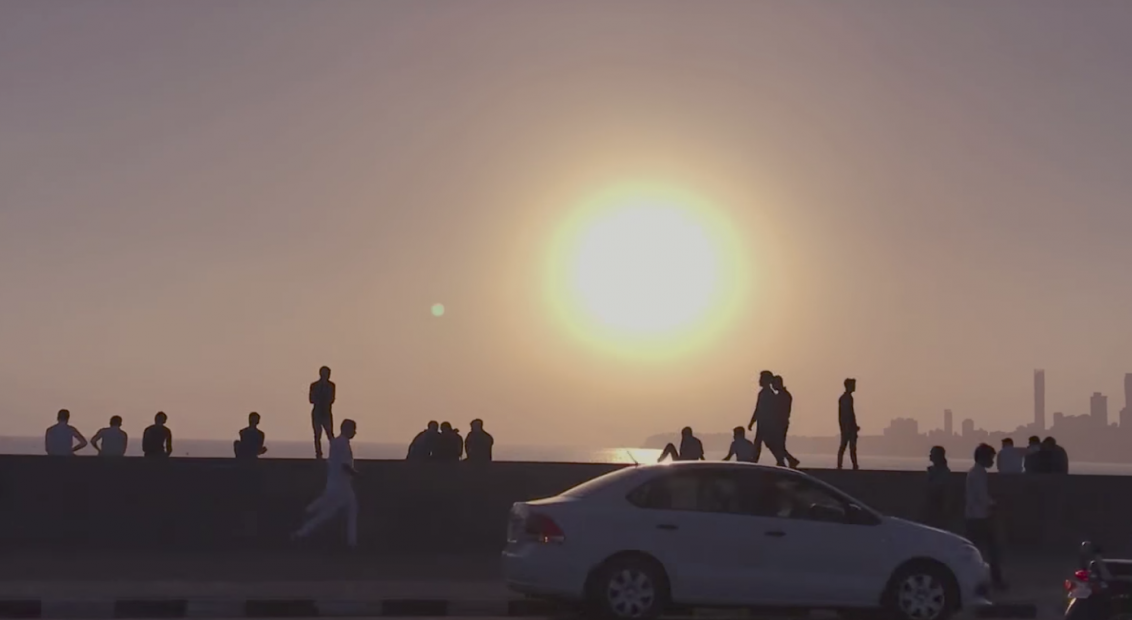 2017 marks the 70th anniversary of Indian Independence. To commemorate such a cultural and historical turning-point, the arts institution Metal Liverpool have partnered with the Barbican, Warp Records, and Boiler Room, to present a new interpretation of Steve Reich’s 1988 work Different Trains.

As one of the first pieces outside mainstream music to use sampling, Reich’s original mixed a string quartet with recorded dialogue taken from interviews with Americans and Europeans before, during and after World War II.  Based on his own train journeys between his divorced parents based in New York and Los Angeles, Reich reimagined how he, as a Jew, would’ve been sent on trains across Europe during the second world war. The voices on the composition provide melody while speaking on themes of dislocation and railway migration owing to the tumultuous events of the War.

Re-contextualising this work to relate to the Partition-enforced migratory events in 1947 India, musicians Actress, Jack Barnett of These New Puritans, producer Sandunes, percussionist Jivraj Singh, and vocalist Priya Purushothaman have come together to create an entirely new work, inspired by Reich’s score yet shifting focus to Indian independence.

As the original was accompanied by archive footage of the War-era railway, so Different Trains 1947 also incorporates researched and manipulated archival material of India in 1947, as well as interviews with Indians and British Asians living today, woven together by visual artists Iain Forsyth and Jane Pollard. Having previously created the Nick Cave film 20 000 Days on Earth, as well as the Gil Scott-Heron documentary Who Is Gil Scott-Heron?, Forsyth and Pollard took on the Different Trains project as a new audio-visual challenge, further exploring their fascinations with the intersections of musical and visual histories.

We spoke to filmmakers Forsyth and Pollard, as well as musicians Jack Barnett and Priya Purushothaman, ahead of a special performance at London’s Barbican, about their approach to reworking Reich’s piece, the challenges and necessities of reinterpretation, and how far the themes of Different Trains still resonate today.

Ammar Kalia: How did you get involved with the Different Trains 1947 project and what drew you to it?
Iain Forsyth and Jane Pollard: We were invited to be a part of DT47 by Shaun Curtis, the director of Metal Liverpool, and the challenge of the project drew us in. We already knew the Reich piece, but knew almost nothing about the events of 1947. Over a few weeks of work and research, we don’t hope to gain anything but the most superficial insight, yet we’re keen to absorb as much information as possible; to educate ourselves. The wider context also appealed to us. We’ve worked in so many different ways with music and musicians and we’re excited to continue to explore those possibilities.

Jack Barnett: I love Steve Reich’s late work, from the mid 1980s to the early 2000s, and I’d just been reading about British as well as Japanese colonial history, so the project fitted well.

Priya Purushothaman: I was drawn to the concept because I enjoy the original Steve Reich piece, musically and conceptually, and the idea of using that as an inspirational starting point for another piece in a different cultural context. The train system in India has been a critical part of its identity, though a remnant of the colonial period. It forms a vital arterial network that represents the only truly egalitarian connection between all corners of the country, all classes and creeds of people. During partition, the trains served as a lifeline to transport people from their home spaces which had once been safe to a new home that was a huge unknown.

Ammar: How have you reinterpreted Steve Reich’s piece to incorporate the events of 1947?
Iain and Jane: We’re taking Reich’s approach to rhythmic and mathematical patterns and applying them to the process of making images. We’re going to experiment by building a zoetrope-inspired ‘dream-machine’ and by using apertures passing close to the camera lens to create patterns of repetitious interruptions to the footage. We’re also re-filming the archive material so it can occupy a physical space. We’ll manipulate, warp and shift the perception of it. Our work has always examined shifting perceptions of history, memory and truth by using forms of re-enactment and adaptation. Using the framework and language of Reich’s piece as a map, we can navigate looking at the historical event.

Jack: I decided to record a steam train that would have been running in India in 1947, I wanted to have it starting up, running and then reaching somewhere, while having a drummer, Jivraj Singh, play a written duet with it. After lots of false starts we found a steam train with the right sound, the right age, one that we could have total access to and be able to get microphones close in on the mechanisms, the crank shafts and everything. The rest of the piece is built from that.

Priya: I worked with Darren [Actress] and demonstrated to him the different raags and taals (time cycles) we could use to evoke certain moods and cultural associations to re-contextualise the piece. Our process expanded more after he went back to the UK and sent me sketches of his ideas, musical and thematic, to which I could react from my musical idiom. The process is like a conversation between our musical styles to see how they might fit together like pieces of a puzzle.

Ammar: Iain and Jane, how did you go about sourcing archival material?
Iain and Jane: We’re pulling together material from a few sources, particularly the BFI. One of the key things we hope our approach will highlight though is the limitations of archive. All visual documents represent only a single perspective, one person’s story. Access to technology as well as other agendas also manipulates archives. So, what survives – and what’s allowed to survive – is a tiny fragment. Especially from such a complex historical moment. The British Government went to extraordinary lengths to control the narrative around Indian Independence. It’s vital to remember that archives, like history, are simply the stories we choose to tell ourselves. 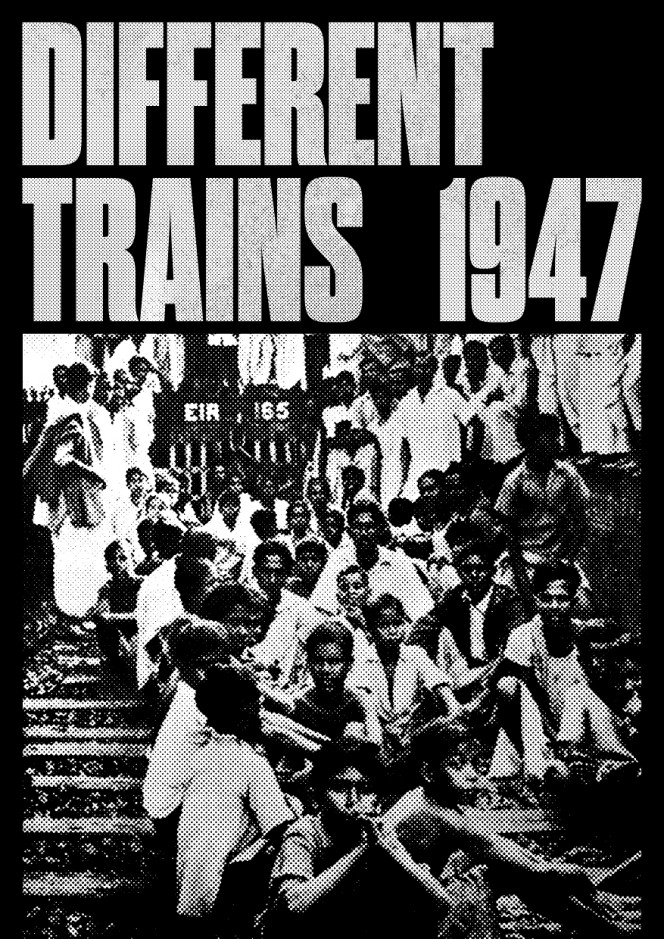 Ammar: How far can the arts represent and reconcile histories? Is there a danger of appropriating those histories also?
Iain and Jane: There’s a huge gulf between representation and reconciliation. We firmly believe that art can and does change the world. But it does that by opening and changing the minds of individuals. Cultural (mis)appropriation is a vitally important conversation. But it’s also important that the weight of history doesn’t exclude voices from a conversation. To put it more bluntly – the crimes and atrocities carried out by the British Empire shouldn’t preclude future generations from being able to talk about those histories. The country we were born in continues to create and endorse policies we don’t personally support and the biggest dangers lie in allowing things to hide in the shadows. DT47 can talk about the events of 1947, but it can’t fix it.

Priya: While a direct representation of historical facts may not be the prerogative of art, it can serve as a new frame of reference to look at these same facts. It can serve an important medium to emotionally transport and connect people to struggles and triumphs past. I feel music should have some effect on listeners – it could be discomfort, pathos, anger, anything. If it does, it has brought them a small step closer to the emotional reality of that historical event. There is always a danger of appropriation though – that’s where the intent of the artist is very important. The artist has a responsibility towards sincerely investing in study of the culture and history, and to use that as a starting point and not as a gimmick. Their creation should reflect a sensitivity to the history and the people who were part of that history.

Ammar: Do you feel that the themes of migration and displacement explored in Different Trains still have resonance today?
Iain and Jane: Absolutely. Events from that time such as Partition and the Holocaust form particularly horrific moments of our global history. It would be beyond disingenuous to draw any sort of parallels with, for example, Brexit. But the idea of displacement is very real and very current. We’re watching friends leaving the UK because they lack the correct visa status. Others denied access to the US because of the country they were born in. There’s no comparison to be made, but each of these stories is a real human tragedy for those they affect. Reich’s themes in Different Trains were relevant long before the period he’s considering and they continue to resonate long after. At best, the past should be our map to a better future.

Jack: Yes, of course. There’s violence occurring now which is related to the events of 1947, and then there’s the rise of populist Hindu nationalism which is affecting people; in India this is live history. It’s a very difficult subject for people to talk about and in Britain we like to ignore it too.

Priya: It is extremely relevant today, given the growing sentiment of otherness. We see leading Western countries, like the United States and the UK, moving towards anti-immigrant sentiments, with lot of resistance and tension towards non-white populations who have settled and have been part of the country for generations. It again brings up questions of what is home, and who is to decide that for others? The idea of displacement hinges on the answers to these questions.