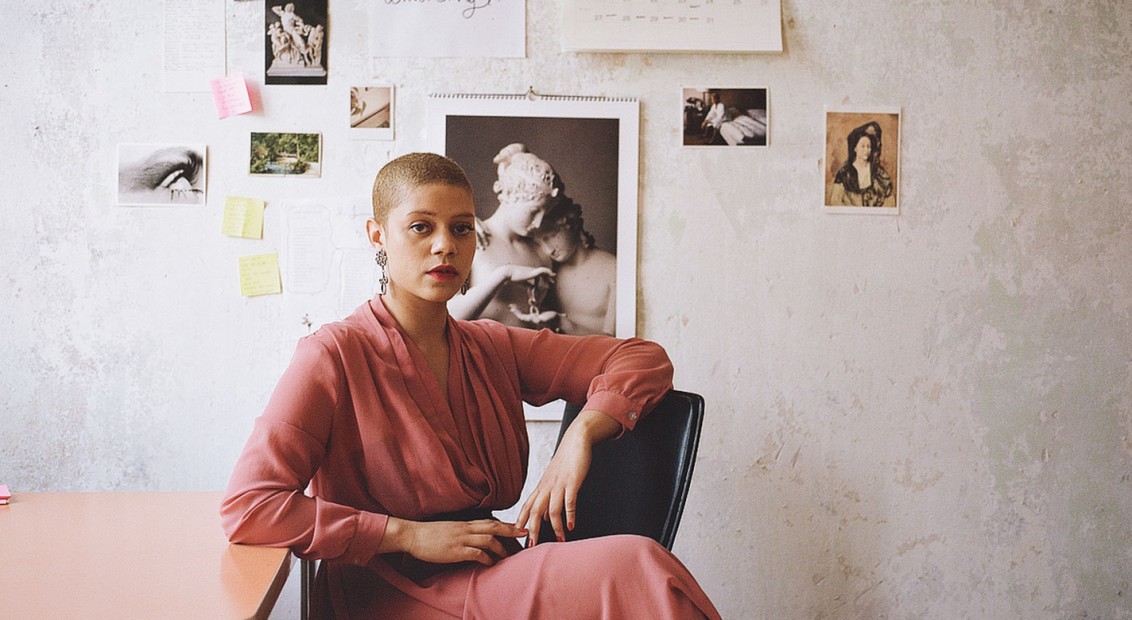 Asked to share three of her biggest influencers, Berlin-based writer Katrice Dustin names four: “Anaïs Nin for her bravery in her openness towards her sexuality, Mary Oliver for everything but especially for her poem The Journey, Toni Morrison for always telling the truth, and Lydia Davis for the way she says so much by saying so little. As you can tell, I’m partial to female writers,” she adds. You can sense the impact of these women’s prose in Dustin’s writing, often imbued with themes of identity, loss, growth, and love. These subjects also inform Dustin’s collaboration with designer Charles Jeffrey, an ongoing dialogue which graced our pages in HERO 16. Their most recent endeavour? Shaking up Hugo Boss’ HUGO SS18 show in Florence with a series of special text-and-illustration prints. 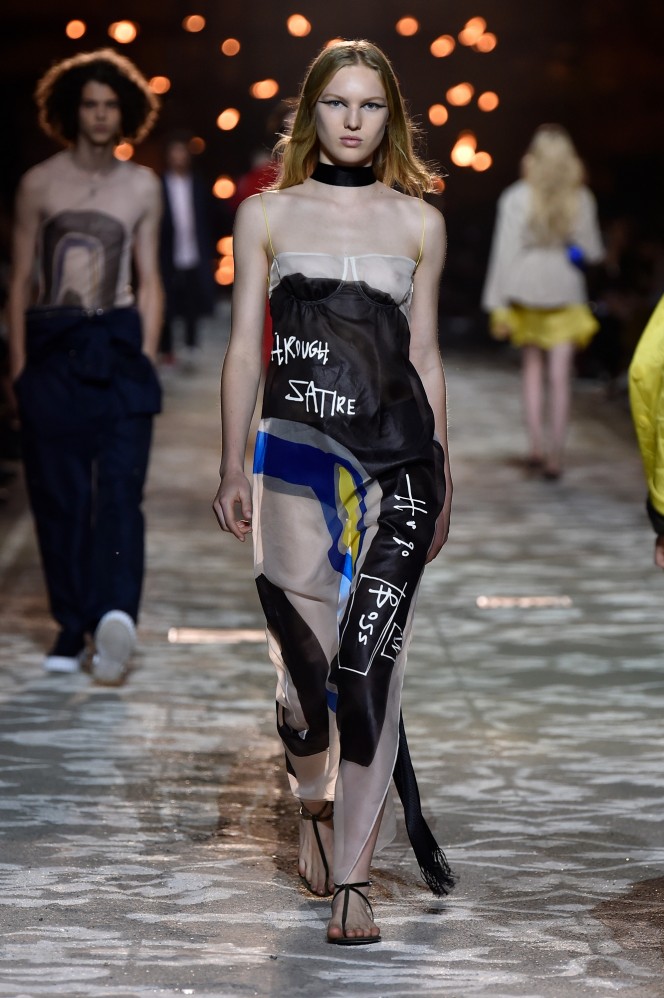 It all started when, after growing up in Calgary, Dustin moved to London and pursued fashion journalism in order to spotlight her friends in the industry. It wasn’t the right route but, as often happens in the art world, she slowly found her way. Channeling her energy out into creative writing, she began penning poetic texts for Jeffrey’s LOVERBOY parties, and they collaborated on a zine. In moving to Berlin, Dustin’s work has spilled into the music sphere, writing words for an immersive creative project by record label Care of Editions. “I’ll listen to the album on repeat for a day or two and form a text that describes the feeling of the music,” she says. “It can be very meditative.”

Fuelled by possibilities of intersecting words with other disciplines, Dustin’s route will no doubt continue to splinter into exciting new directions. Here, she gives insights into five areas that have had a seismic impact on her work. Dip in, and watch this space.

1. Music
“Talk Talk’s very last album, Laughing Stock, came out the year I was born. To me, New Grass is the most beautiful song ever made and that whole album is the perfect metaphor for life – captivating, surprising, devastating, elevating. And my friend Chandra Melting Tallow of Mourning Coup constantly blows me away with her talent. But I live in Berlin, so you know I have to scratch that dancing itch. If I could, I’d follow Yasmina Dexter of Pandora’s Jukebox anywhere she DJ’s – she has amazing taste. I’ve also been listening to a lot of Maria Minerva lately – I just think she’s so cool.”

2. Art
“I adore everything about Sophie Calle and her unapologetic womanhood in all its glory… the good, the bad and the ugly. I also love her writing, and especially her short story, The Resolution. She showed me a new way of looking at myself as a woman, friend and a lover. ”

3. Film
“I’m obsessed with this German film, Head-On by Fatih Akin. It’s the most perfect portrayal of the way life can surprise you, especially when you feel out of touch with your own reality. Plus the score is amazing – Sisters of Mercy, The Birthday Party and Depeche Mode. I also love William E. Jones’s documentary Fall into Ruin about art collector Alexander Iola’s villa in Athens (dream house). And I think Luis Buñuel’s That Obscure Object of Desire is flawless.”

4. Place
“I’ve moved around a lot, so I feel that I’m an amalgamation of the places I’ve lived. London totally transformed me. Moving to London – it was like, “Oh, I can finally be unashamed about my blackness here.” Jamaica, where my dad is from, is the most beautiful, special place on earth. I grew up in Calgary in the Canadian prairies, surrounded by mountains and nature. Most of my family is there but I honestly feel very disconnected from it. James Baldwin said, “Perhaps home is not a place but simply an irrevocable condition.” Now I feel like Berlin is truly my home, it’s pure magic.”

5. Anything else
“I’m really into sincerity – the act of being sincere with how you feel and how you act. I actually think it’s really underrated these days. It’s so easy to go through life just completely kidding yourself! My mother is also a huge inspiration to me. She’s had such a tough life but is still so compassionate. I’m constantly learning from her. She’s also just really glamorous.”

Katrice Dustin’s ongoing project with Care of Editions will launch later this year at careof.co and a book of Katrice’s collected texts will be out in 2018.
See more of her work at her website.