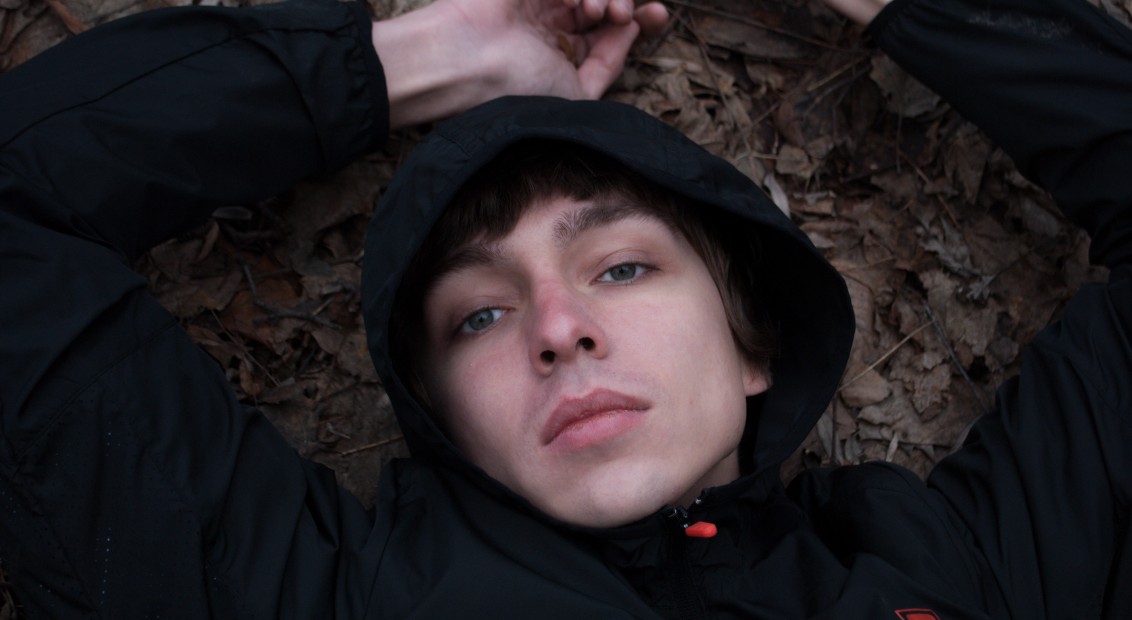 Introspection is inspiration for Fedor Pereverzev, aka Moa Pillar. Rising to prominence in the early 2000s with the hyper-synthesised, crystalline music of 8-bit and chiptune, Pillar swiftly moved on to become a figurehead for the Russian beats scene, emulating the twisted hip hop beats of America’s West Coast. All this while still a teenager, Moa Pillar has since hardened and darkened his sound as he has gotten older, reflecting the brutalist structures of his hometown Moscow and increasingly operating in the spaces between noise and melody, rhythm and blast.

With his debut LP, Humanity, receiving a release in 2015 from experimental label Full of Nothing, Moa Pillar established himself as one of the most inventive new voices of Russian electronic music. Tracks like Chants sprawl over eleven minutes, densely layering bright melodies with rough techno and industrial blare to create pure dancefloor catharsis. His latest record, Hymns, is due for release later this month and sees a maturation in Moa Pillar’s sound, weaving together euphoric, almost choral synth textures and bass-driven rhythms to create a work inspired by transcendent spirituality and the belief in solipsism as a means of looking outwards into the world. Here, Pillar reflects on his journey into music making, creativity as truthful self-expression, and the club as religious experience.

Ammar Kalia: How did you first get into making music?
Moa Pillar: Back in school I wasn’t really interested in music, I was a skater, but since my best friend’s older brother played in a band, he roped me into starting a band with him too. I learned to program drums on the computer and after some fooling around I started making my own music basically by intuition. I got to know about the Game Boy music scene and began playing live sets using that software. I’m not sure why but some gabber and breakcore club nights used to book me to play with my Gameboy in the ‘Chill Zone’! I really liked making music so I learned more computer-based production, installed Fruity Loops and developed my tracks from there.

Ammar: Who are your musical influences?
Moa: I grew up on punk rock, pop-punk, alt-metal, and later I got into major indie rock with bands like The National. I didn’t come to electronic music until in my twenties though and that was due to Flying Lotus’ debut album and his work with Brainfeeder and the LA beat scene. I also had this summer when I listened only to classical music. I was reading Classical Music for Dummies and checking out every single record recommended there. Something inside me clicked when I got to the American minimalists: La Monte Young, Reich, Glass. I studied most of the minimalists and post-minimalists and even wrote a bachelor’s diploma on the topic. Another really big inspiration was James Holden’s The Inheritors album. Before that, I had only liked broken beats and this was the first time I connected to a straight beat, to a 4×4 kick drum. The record sounds as if it’s alive; it’s one of the greatest ever made.

In terms of Russian music, I’m really inspired by Vladimir Martynov and the Sirin choir who make incredible spiritual music. Currently I’m playing a lot of tracks from labels like Horizon Records, NON and NAAFI. As a musician, I often cling to small moments in messy tracks – it’s really inspiring! 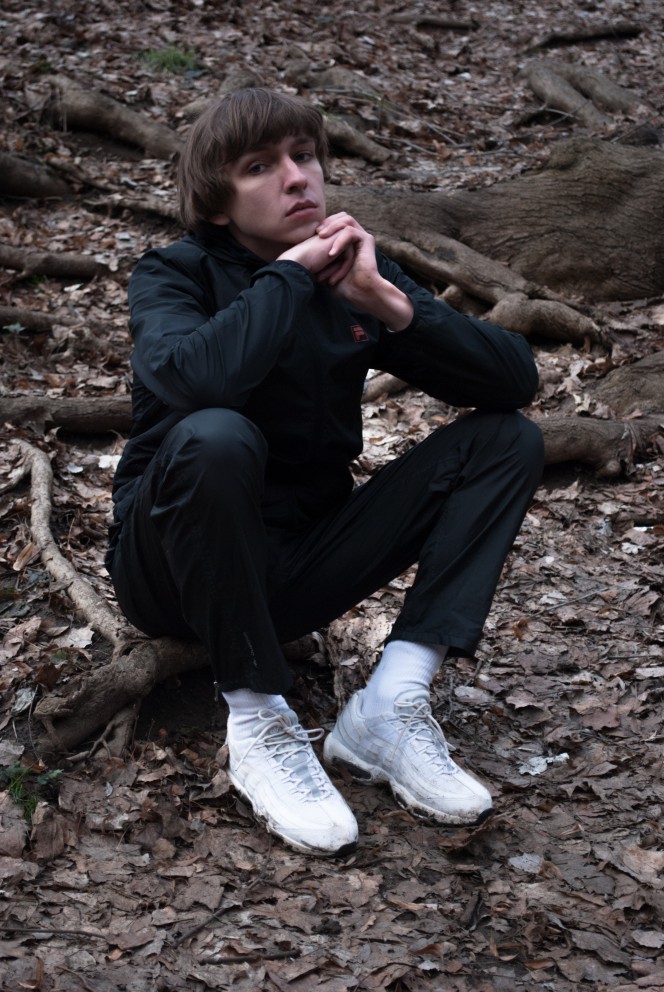 Ammar: What influences you outside of music?
Moa: I grew up reading Greek mythology, Medieval fiction and fantasy. I would spend summers at my grandma’s house in Southern Russia for two months each year, never going outside and instead reading non-stop. Generally, my childhood interest was ‘guys with swords and high moral standards’! All of this is still present in my music, even if I can’t describe it fully.

“I would spend summers at my grandma’s house in Southern Russia for two months each year, never going outside and instead reading non-stop.”

I’m really into climbing also. My parents are from small towns in Southern Russia and I love the huge open fields, simple people, fishing and carpentry there. A rock does not care about you, your pain, your laziness. To climb it you have to overcome yourself and constantly be better. Sports have taught me to bring out my inner self more; it’s a bit better, stronger. I’m always working to reach this inner ideal.

Ammar: How does spirituality play into your music?
Moa: Spirituality is of great importance to me. When I compose, I don’t treat it as a decision-making process, I simply want to make an honest statement using the language of music. My goal is to make the listeners feel as if they’re attending a mass. I want the live show to feel like a confession. You come, you cleanse your soul, you die – in a way – and you feel reborn after that. If I’m onstage and I feel reborn after the show – if the energy of music burns away all of my pain and troubles – that’s the right way. I’m a simple guy living a very simple life but there are some things I’m trying to make real with music.

Ammar: What’s the significance of the cover art for Hymns?
Moa: I’m a picky person when it comes to cover art. I was browsing lots of esoteric websites looking for images and I found this super low-res jpg that struck me. The artist Maria Lutskanu then made a hi-res reproduction of the digital image and when I saw the result, I fell in love. The image depicts Jophiel, the archangel of wisdom, understanding, and judgment. His name stands for ‘the beauty of God’. I know it’s supposed to be a man but the heavens don’t care about gender, right? Jophiel’s goal was to attract more beauty into our world, which is a great cause.

Ammar: How did your work for NASA come about?
Moa: I run an audio production company with my friends, called Monoleak. We had a request come through from the NASA museum to compose the sound for a permanent installation there a while back. The installation was for the Space Center in Houston and dedicated to the Mars expedition. My part of the job was sound design and for that project I synthesised every single sound myself from scratch, it was great working that way rather than using commercial libraries!

Ammar: Does your sound design work influence your production? Or are they separate entities?
Moa: If I’m being honest, I don’t treat commercial music as my personal statement. There are too many people and filters involved to channel something personal. I’m trying to escape all the clichés of the commercial world with Moa Pillar. When I work with brands I never find elements that I’d like to borrow for my music, I actually try to leave every idea I don’t want to keep in Moa Pillar there.

“We had a request come through from the NASA museum to compose the sound for a permanent installation […] for the Space Center in Houston and dedicated to the Mars expedition.”

Ammar: What made you decide to move away from the beats scene and into making harder, more experimental music?
Moa: Maybe I got bored? I was 18 when I was into wonky beats and now I’m 25. I can’t make my statement inside a short beat loop, I need space to open myself up.

Ammar: How would you describe your music?
Moa: Imagining the Russian electronic scene as a map of a fantasy world, I’m the loner wizard in his tower. Such a wizard is always a crucial part of any fantasy world, but never in the centre of the picture, never taking part in any battles. He’s just concentrating on his chemicals and potions.

‘Hymns’ by Moa Pillar is out 28th July on Full of Nothing – you can pre-order the record on his Bandcamp here.