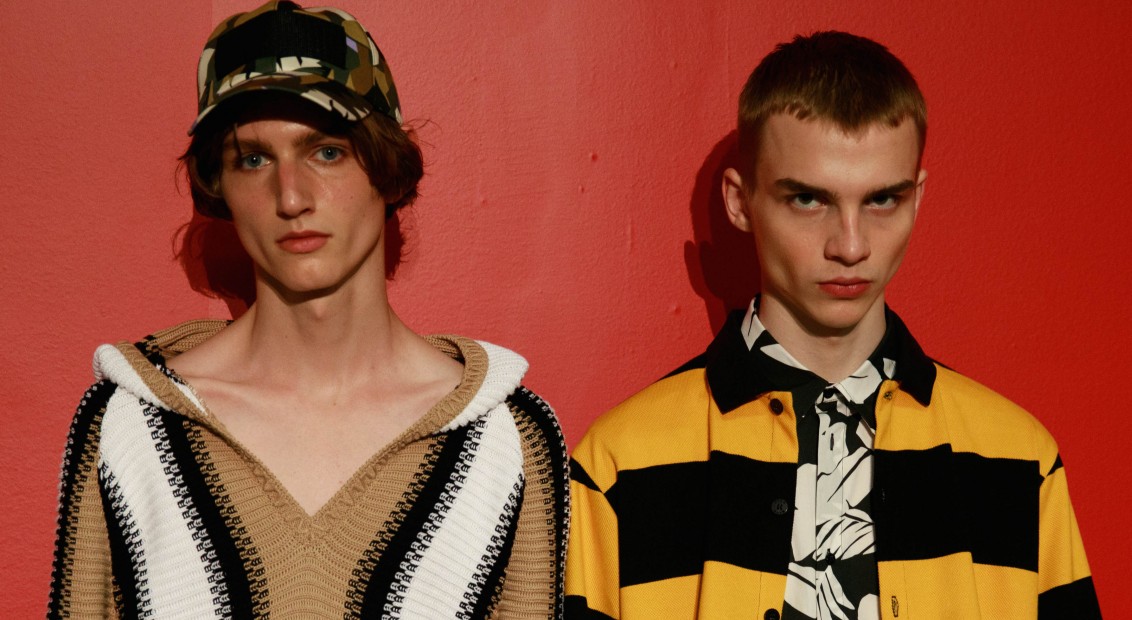 The most major 90s moments of Milan men’s fashion week

Fashion week sees uncountable shows, presentations and re-sees – it’s a lot to digest. But within all that craziness, certain themes will often rise to the top, drawing parallels between vastly different brands, designers and aesthetics. This week in Milan, it was all about the nineties.

Fashion loves throwing back to a halcyon heyday. Of course, the nineties mark the era when many of the most major talents in fashion were cutting their teeth, so you can see why it’s become a frequent calling card. Then there’s the fact that the nineties played host to the parallel rise of two aesthetic camps: minimalism (think Calvin Klein, Martin Margiela, and Helmut Lang’s uber-cool tribe of NY artists and models); and maximalism (a la Tom Ford at Gucci, Jean Paul Gaultier, Marc Jacobs’ controversial grunge collection for Perry Ellis, and John Galliano and Alexander McQueen’s landmark theatrical shows). But this season, there was a feeling of depth in the tributes, rooted in the designers’ personal backgrounds, and brands’ most iconic motifs. 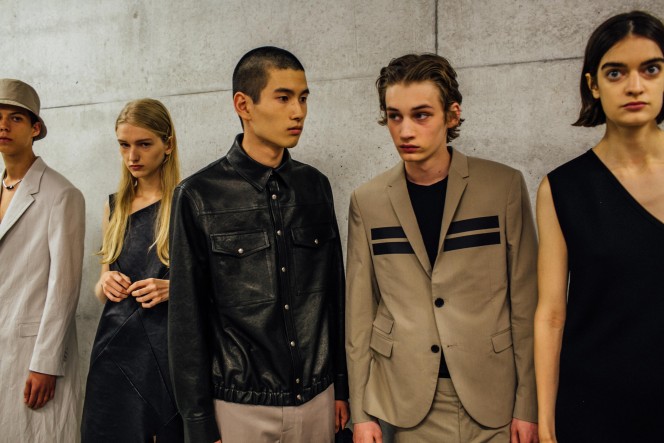 Neil Barrett’s work forging Prada menswear falls into the earlier camp, where he established a stripped back vocabulary founded in equal classicism and modernity. The designer has since founded his own empire built around his singular take on the menswear wardrobe, but this season he looked back to the minimalism that defined those nineties days. Held for the first time at the designer’s brand new building on Via Cerasio, the show started where Barrett’s 80s-inspired FW17 left us, with the synth-heavy strains of Normal Brain and Oppenheimer Analysis, before progressing into darker dreamscape territory via Underworld and Moby. Accessorised with bucket hats, clothes were utilitarian, stripped back and cast in airy fabrics like linen and cotton, heralding the less-is-more ethos that defined the era.

At Versace, things felt more introspective than usual. This year marks the 20th anniversary of Gianni Versace’s death, and Donatella – who took over from her brother upon his passing in the late nineties – marked it with a thoughtful show that returned to the icons of the house. Set in a cobbled courtyard, the presentation (guests were seated, al fresco style) was rich with classic Versace silk shirts and bold signature prints, the kind that many of Versace’s millennial customers will have been too young to know. Inspired by the passions, lifestyle and men that define and inspire the house, it was a celebration of heritage as much as an introduction to a newer generation. 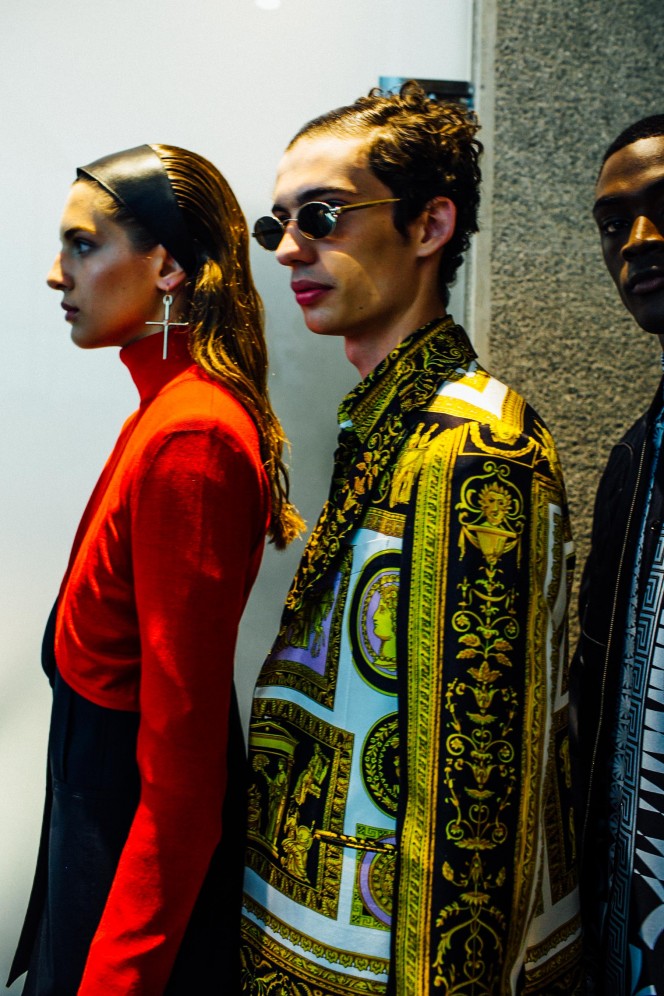 MSGM seems permanently entwined with the nineties. Recent collections have been inspired by party subcultures like new rave and hardcore, with music-enthusiast Massimo Giorgetti often inspired by nostalgia for London’s former underground scene. With Lennon Gallagher – son of Patsy Kensitas and ultimate 90s icon Liam Gallagher – as the new face of the brand, it seems that feeling is here to stay. For SS18, a full-on set list of 90s tunes soundtracked a collection full of grunge references with a surfer lean – think Hawaiian prints and mega oversized tops and shorts. 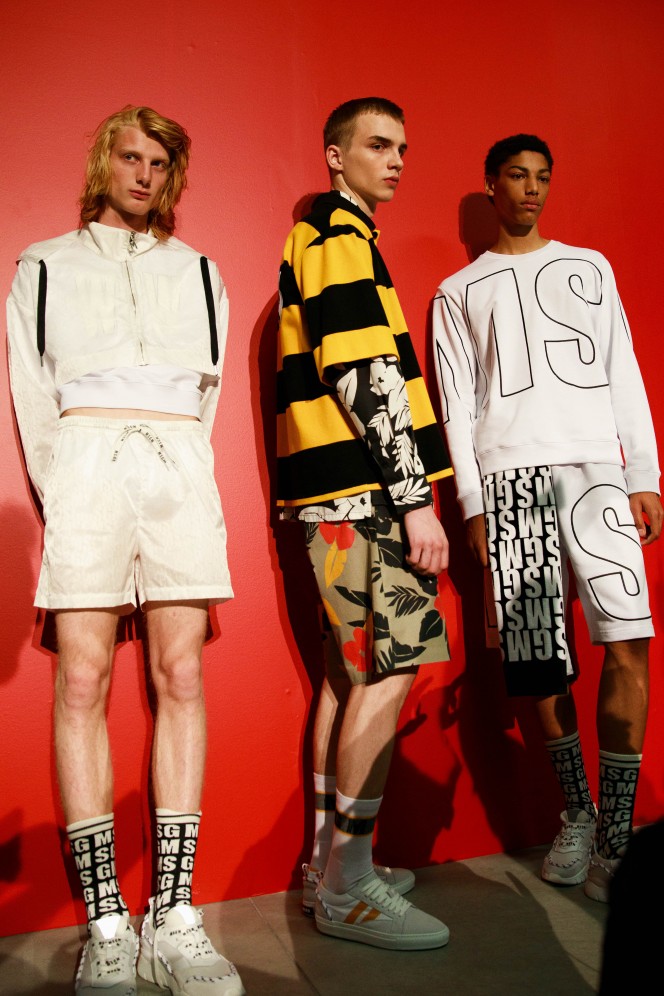 And that’s not all. At Diesel Black Gold Andreas Melbostad put forward a sports-grunge mash up, channeling a techno version of the angst that rose up with Nirvana and made a martyr out of Kurt. Cue elongated plaid shirts, shorts layered over leggings, and lots of short sleeved t-shirts over longer sleeved counterparts. While for Giuseppe Zanotti, neon shoes referenced raver culture, made good for the contemporary 2017 man.

The nineties may be a popular throwback, and maybe we’re biased (yeah, we are that age), but when designers revisit the era with this kind of enthusiasm you can’t help but like it.

Stay tuned to HERO for all our fashion week coverage, from London to Milan, Paris and New York.