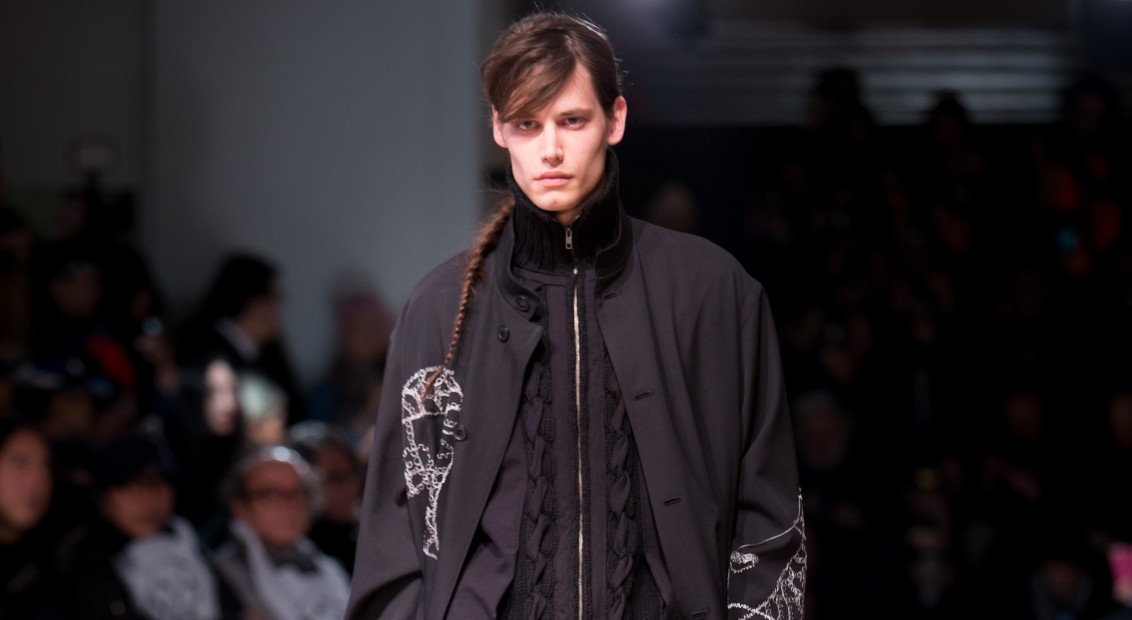 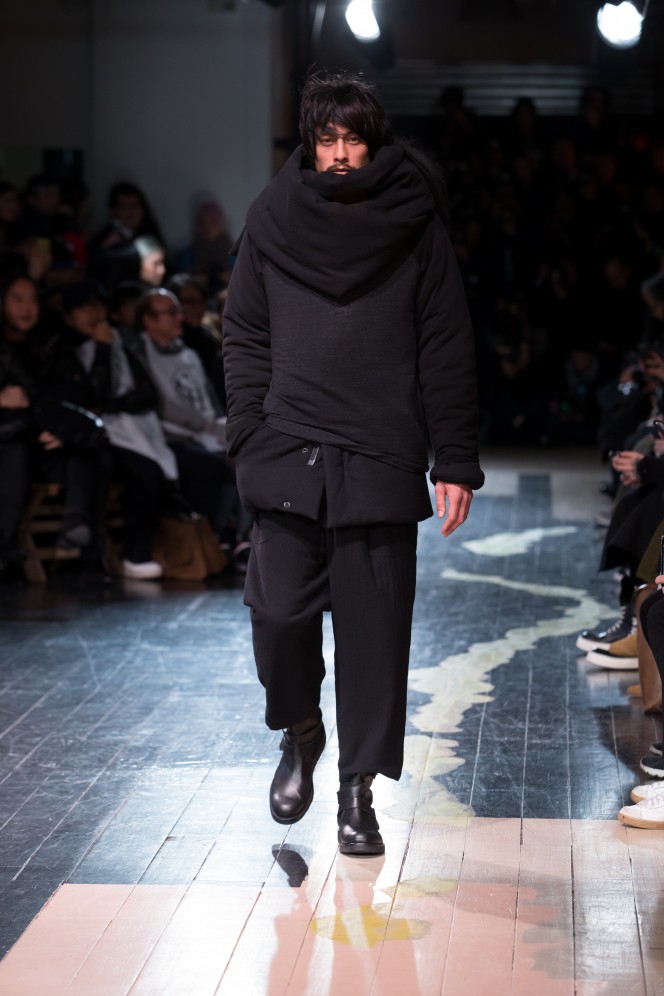 At 72 legendary Japanese designer Yohji Yamamoto is showing no signs of slowing down. On the contrary, in many ways he’s hit a new stride with not only his last few collections, but the recent announcement of Y-3’s partnership with Richard Branson’s Virgin Galactic to craft space-appropriate suits.

In contrast to this recent futuristic foray, his AW16 collection was a more down-to-earth affair. If SS16 was about Yamamoto experimenting with sharper suiting and tighter silhouettes then this collection threw all that out the window, returning to a more familiar voluminous aesthetic. Certain looks were almost comical in their oversized proportions with large t-shirts stretched over puffer coats, accessorised with blanket scarves. Long chunky ribbed knits were layered over doubled up trousers, while more tailored looks were worn loose, shirts and ties askew. Certainly for Yamamoto the way to keep warm this season is all about layering. It was a striking yet still practical proposition.

His usual all black everything was broken up by snatches of colour – cream, navy, brown, yellow – blended with shades of grey. Looks were often punctuated by quirky illustrations, the menacing nature of one drawing with the words “Let me eat you” balanced out by a ‘smiling Yohji’. Look closely and you may have noticed a braided hair necktie, a subtle nod to Anakin Skywalker’s Jedi braid? Probably not, but it would fit in with Yamamoto’s new intergalactic venture.

Any apparent buoyancy in this show was underpinned by fear. Yamamoto’s choice of Ben E. King’s “Stand By Me” for the soundtrack – the sentiments of which were rendered literal when certain model pairs walked down together – was less a nostalgic nod than a call to action. The designer explained that he was referencing the current economic and social crises that plague us, and the fear it instills in him. The patchwork, the layering, the strapped in business suiting… it all hinted at a certain sadness and need to protect. Yohji Yamamoto proved once again his prowess, presenting both social message and sartorial vision in his swathes of fabric.