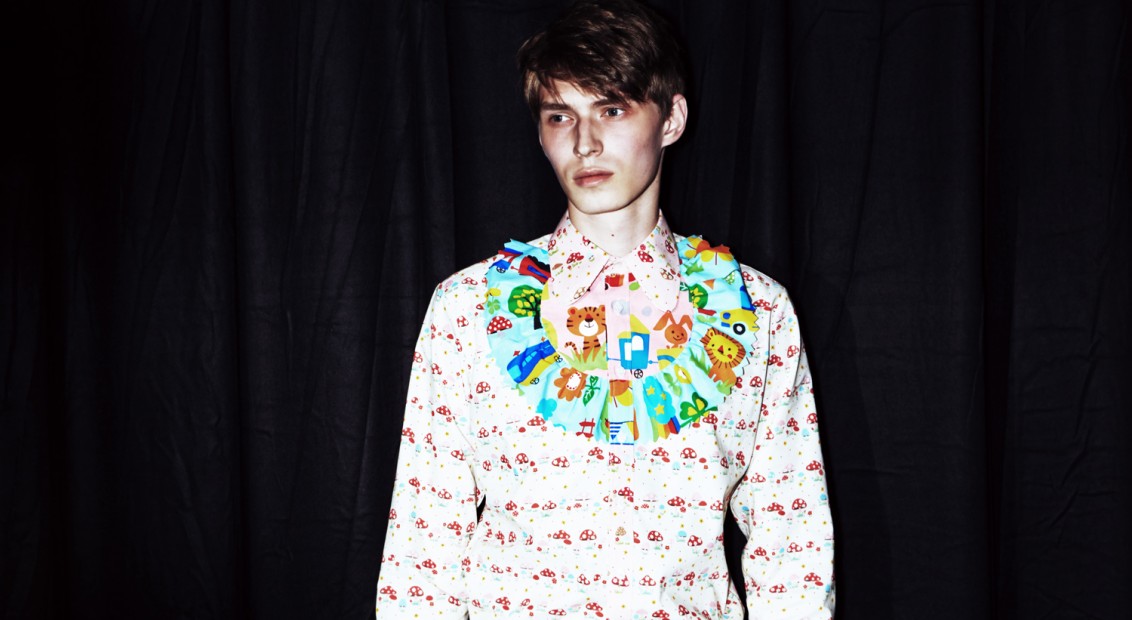 Testing the limits isn’t foreign ground for Walter Van Beirendonck, as his designs focus on just that. One of the Antwerp Six, the Belgian born and fashion forward Beirendonck branched out in the 80s with his graphic, progressive, and colourful style. Apparel under his control caters to what is both current and relevant to social conversation and awareness. Post Charlie Hebdo attacks, and the removal of Paul McCarthy’s installation from Place Vendôme, the showcase for his FW15 line demanded the recognition of beauty, messages for armistice and artistic liberation an extension of the concept. Not one to shy away from comment, or controversy for the cause, Beirendonck’s vocal nature is what makes his work so good.
Who says you’re too old for cartoons? Textured tailoring made SS16 clothes pop on the catwalk, and near 3D imagery of nebulous creatures which draped structured blazers and coats were a reminder of his children’s collection ‘ZulupaPUWA’. This outerwear entertained waist cutouts, additional oversized button detail, dramatic lapels and pockets, and a subtle peplum structure. Toying with gender acuity, lines were long and had a casual flare, cropped leather biker jackets an exception.
A standout look (almost clown-like) was an apricot suit with an 80s single-breasted relaxed-fit blazer, wide legged trousers and collared shirt, covered in illustrations of trucks, flowers, rainbows, elephants and lions. Wide brimmed hats from Stephen Jones Millinery, at times garnished with feathers in arrangements that looked like gigantic bugs, were a quirky match. Paper accordions around necks, jacquard prints upon 60s shiny polka dots, and decal birds leaping off sleeves – it’s enough to make you want to skip out and head for the carnival. 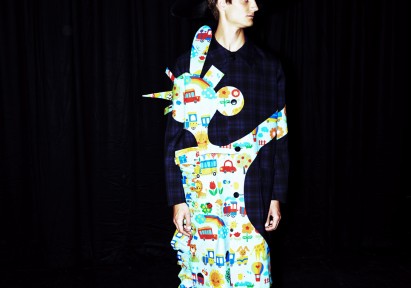