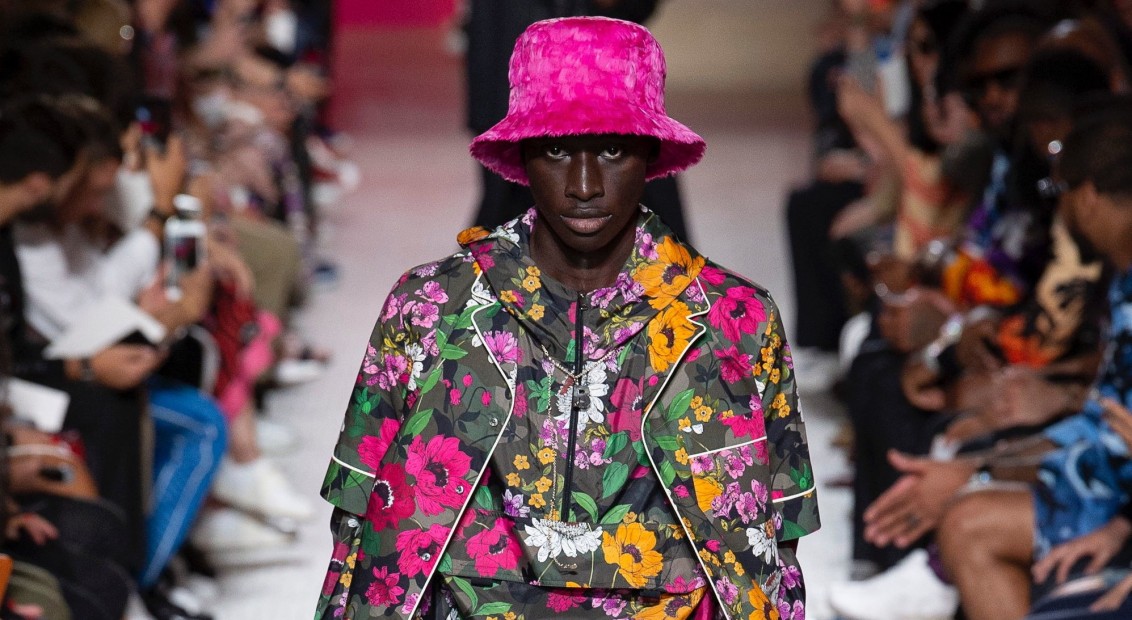 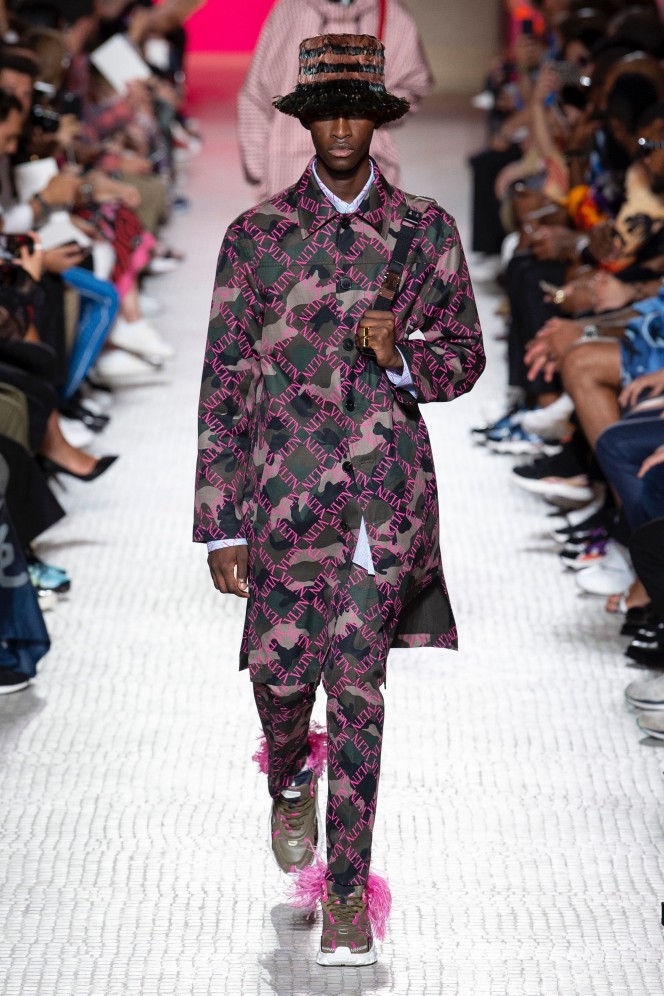 The deliberate breakaway from traditional design tropes that’s presently happening across menswear is undeniably palpable. From structured bucket hats spotted at Prada last season to Fendi’s foray into cross-body bags seen earlier this week, couture labels have been heavily borrowing from the streetwear scene to inform their current collections. And for SS19, Valentino’s creative director Pierpaolo Piccioli unveiled a line that fully delved into the symbiotic relationship that exists between high fashion and style that originates from the streets.

Specifically, hip hop. Having always played a pivotal role in informing streetwear dress codes, the genre pervaded Piccioli’s latest co-ed range – both in terms of look and presentation. In the lead up to the show, Valentino models appeared on the brand’s Instagram story vibing to the soundtrack which featured artists such as Syd and A$AP Ferg, who were also seen in attendance. This collection was directly about paying testament to the streets, and authenticity was at the crux of Piccioli’s vision.

“Couture as in personal and extravagant, that comes from the street,” the show notes read, as models traversed the runway to trap music. Dressed in bucket hats and shades à la Run DMC, the guys stepped out in a plethora of outlandish patterns: an Art Deco-print tracksuit, a half-zip covered in psychedelic flowers and lacquered camouflage jackets made for decadent daywear. Strikingly, the label’s new ‘VLTN’ logo transformed staple long-sleeved shirts and cuffed jeans into standout garments, while dad-inspired trainers – that have been ubiquitous for the last few seasons – looked suitable for a modern-day Hermes with feathers erupting from the heels. In short, this was a culture clash with results that were daring rather than discordant.