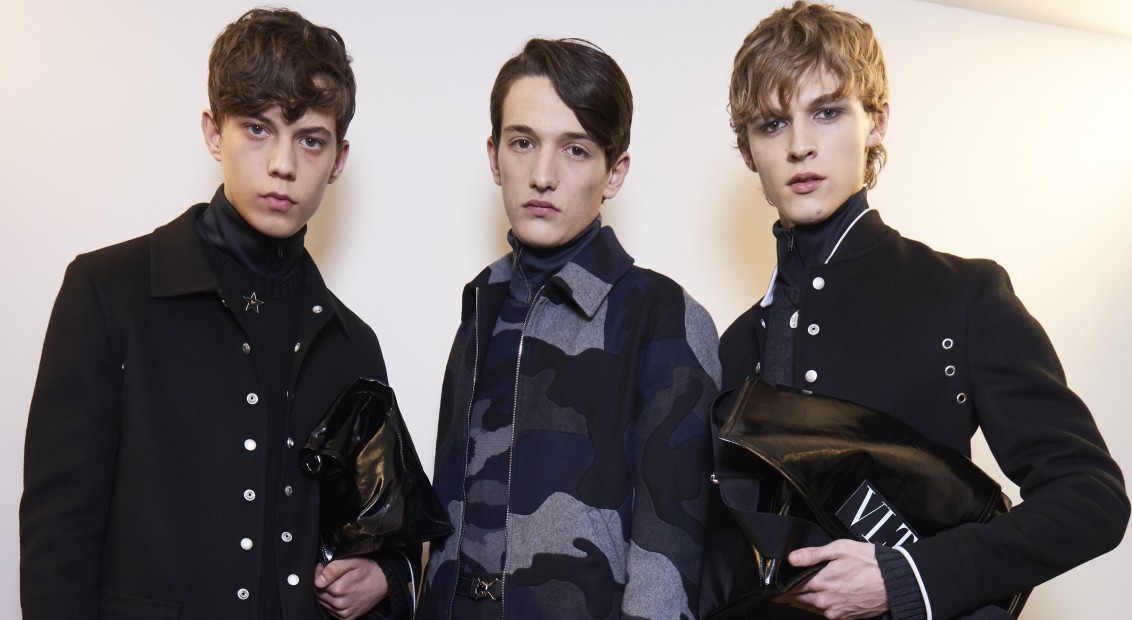 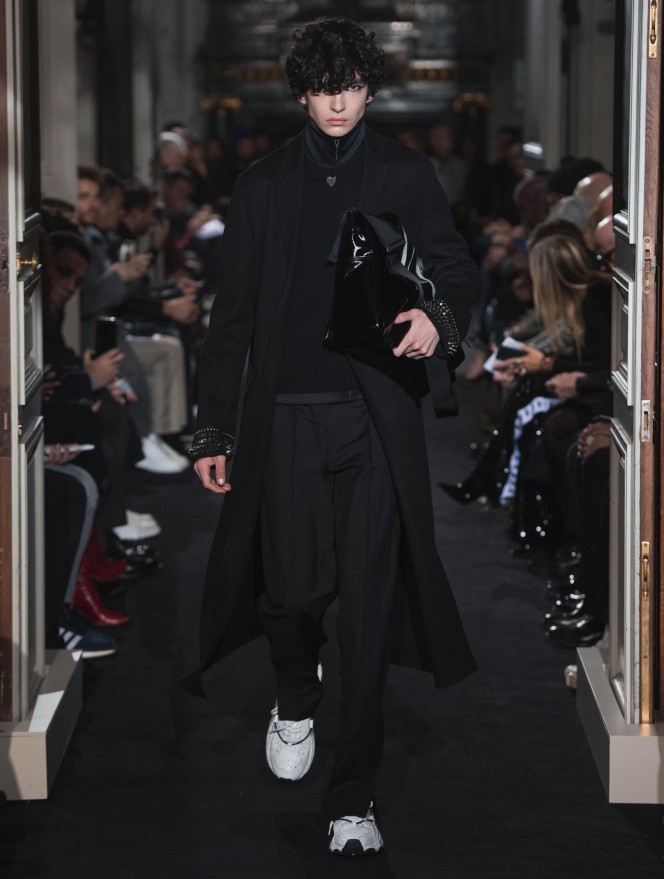 Pierpaolo Piccioli coined it ‘aristopunk’. It’s meaning? Probably not what first strikes the imagination on breaking down the portmanteau. There were no stock characters at Valentino’s Fall collection, only expressions of contemporary male identity, nuanced and normal.

Piccioli looked to the past to iconography of punk, as recently as his collaboration with artist Jamie Reid on a redux of his Sex Pistol-like motifs this time last year; now Piccioli’s developing his own, more fluid vocabulary of what it could mean.

Off the starting block, he reinforced the growing truth of the tracksuit as the replacement to the tailored suit, streamlined and made subtle here to slip past any dress code. Secondly, sneakers with everything. Larry David sneakers, to be precise. These were flecked with spray paint so beautifully they seemed, well, artistic. Valentino also debuted a capsule of down jackets made in collaboration with Moncler, some patterned with dragon and tiger motifs taken from the ’60s archive. Sharpened, polished Rockstud spikes appeared as trims, giving a glint of DIY without feeling pastiche, or pretty vacant, as it were.

Valentino’s proposal: rebellion that has a grace. “It does not scream. It is a state of mind.” Certainly, we’ve arrived at a place where the overuse of exclamation points on Twitter comes across as unstable, not authoritative. And on the flip side, fashion’s line-up of capital-lettered activist slogans T-shirts shouting over each other have lost a certain punch. This was quiet. A protean, blanker canvas rather than a costume that, as the show notes read, “give shape to the freedom of being oneself”. 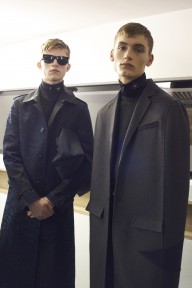