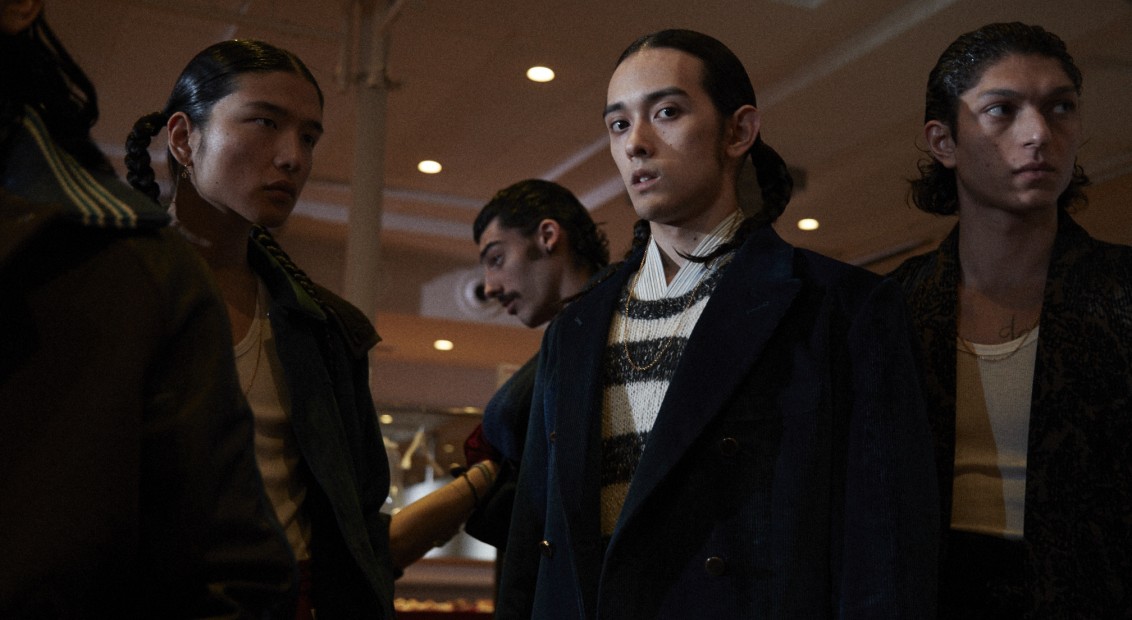 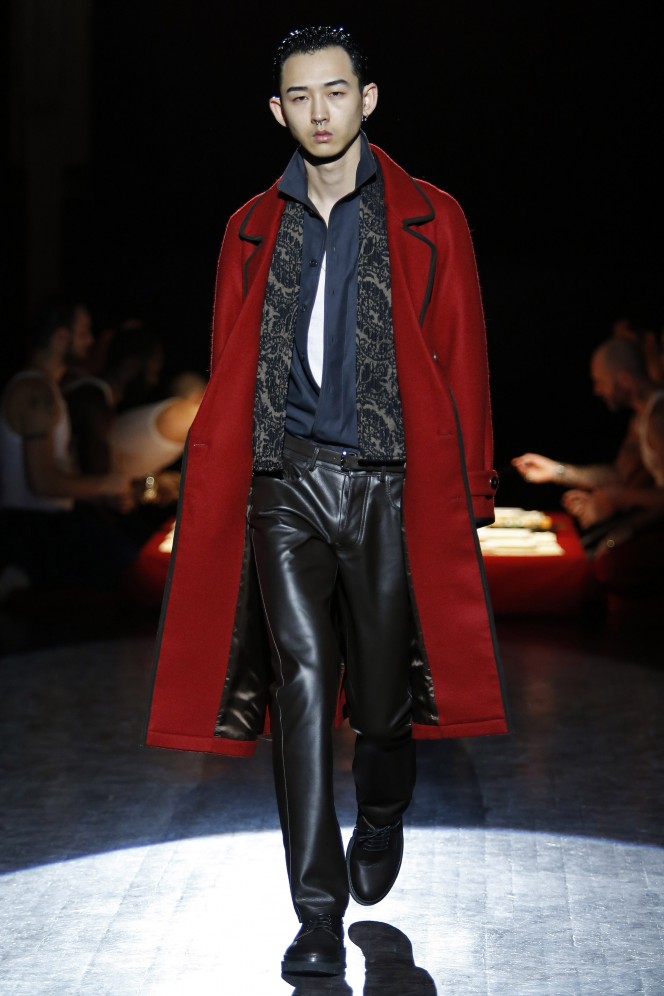 Nyotaimori – the practice of serving sashimi or sushi on a naked, female body (nantaimori, the male version) – is a practice said to have originated with Japanese samurais in Ishikawa. Others dispute that. Over the years it’s popped up more and more in Western pop culture. Umit Benan had a nyotaimori happening at the top of the show space but the focus historically referenced 18th century Japanese culture with a fixation on the sport of judo.

Jackets were like a judo uwagi or gi (pronounced ‘gee’) with lapels replicating the look of the heavy weave used to fend of the strong grappling techniques of the sport. Obis (pronounced ‘obee’) in leather and varying colours were wrapped around models’ waists to keep form. While sewn patches, like labels, were attached conspicuously on garments – a practice used by the International Judo Association to ensure optimum quality among judogi. Coat sleeves became slightly kimono-like – but not always – while trousers were wide-legged and tied with a draw-string (‘zubon’ in judo terms).

Despite the references Benan kept a balance to avoid it being overly conceptual. It was still commercial. Which is always key. Velvet suit jackets, single- and double-breasted, played a huge role; shirts were loose and open, and hoods were up at times. Consideration went into fabric choice with patterns mimicking compositions of gis. Benan’s Japanese bonanza was about culturally rich casualness and ceremonial coolness. 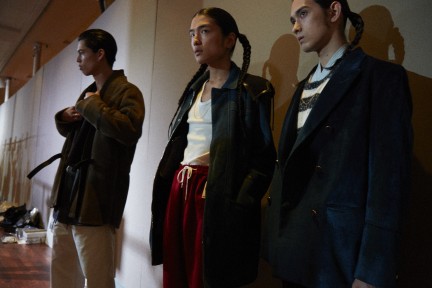