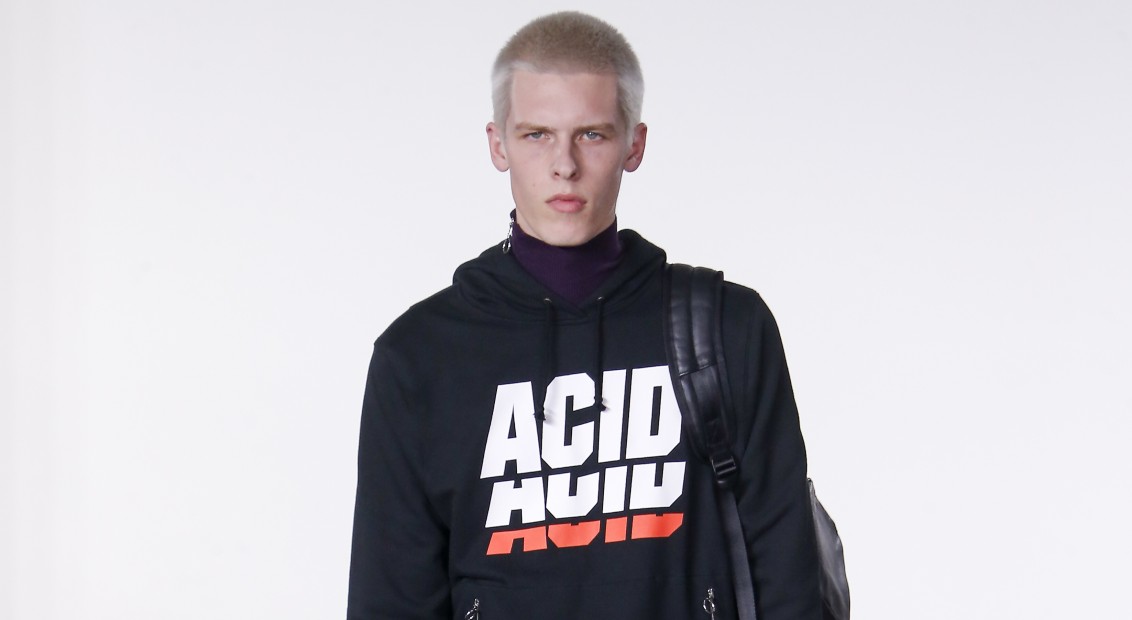 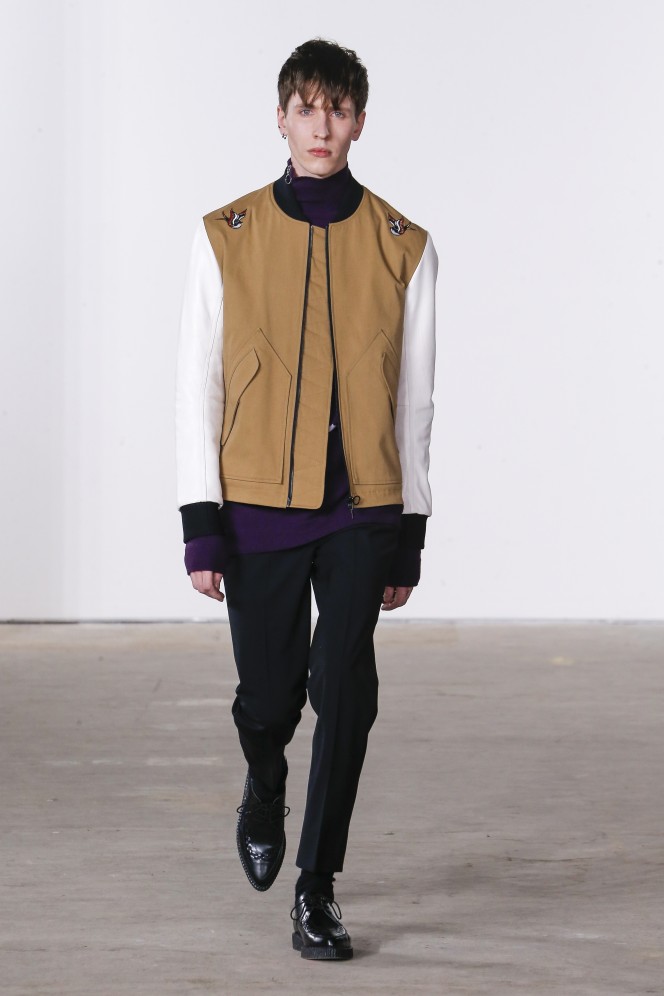 Tim Coppens’ synergy with New York street culture was reflected in sharp, tactile and textured wears at FW16. A graduate of Antwerp’s esteemed Royal Academy of Fine Arts in the ‘90s, this heritage reflects in his adept designs.

Previously working for Adidas and Ralph Lauren, Coppens’ established an athletic luxury brand built upon a rubric of urbanity and utility, with references to skateboarding, hip-hop and graffiti found both in structure and illustration.

Integrating cultural elements in decorative pieces – reflecting New York’s diversity  – Coppens’ ‘nu-sport’ feel was in part reminiscent of when oriental prints met space-age lines in the ‘90s. This was exacerbated in embroidery of satellites in geometric shapes on shirts and sweaters and the incorporation of Eastpak bags were a nod back to the ‘garage days’ look of Coppen’s youth.

Loose-fit trousers in beige, marl grey, black, and plaid were paired with outerwear in all shapes and sizes, including a woolen tartan bomber jacket. Soft, pastel knitwear in pink and blue contrasted with navy pullovers decorated by bright yellow and red bold horizontal lines. Hooded pullovers, denim shirts, khaki parkas and three-stripe collars all played into the grunge-esque feel Coppens’ emulated this season and accented youthful abandon. FW16 for this designer was sweeter than sour – the bubblegum of the streets.