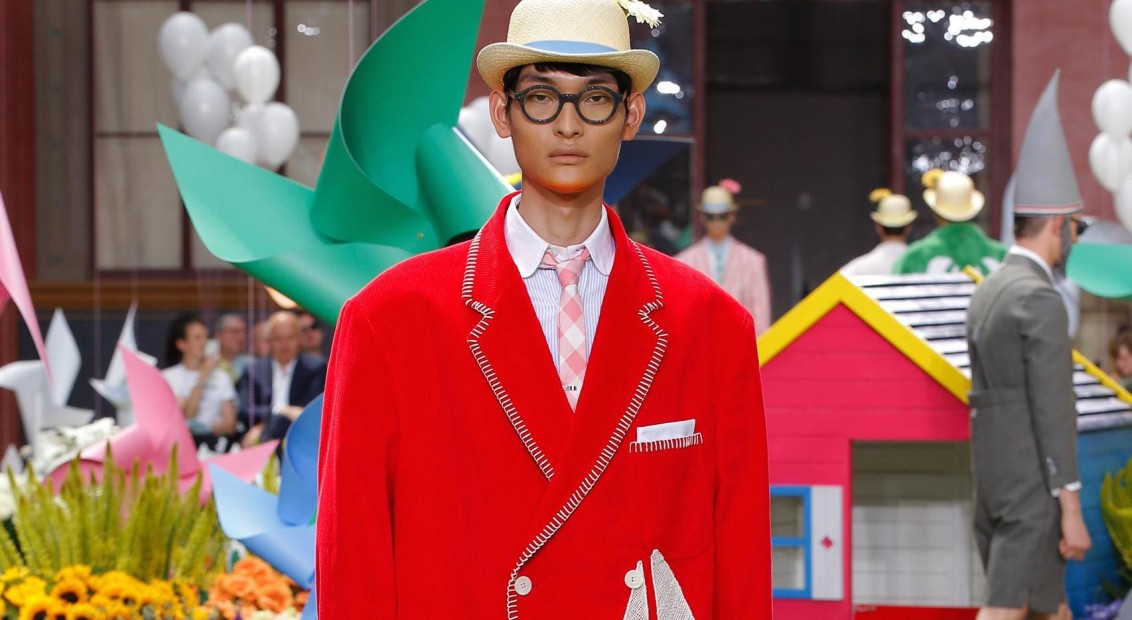 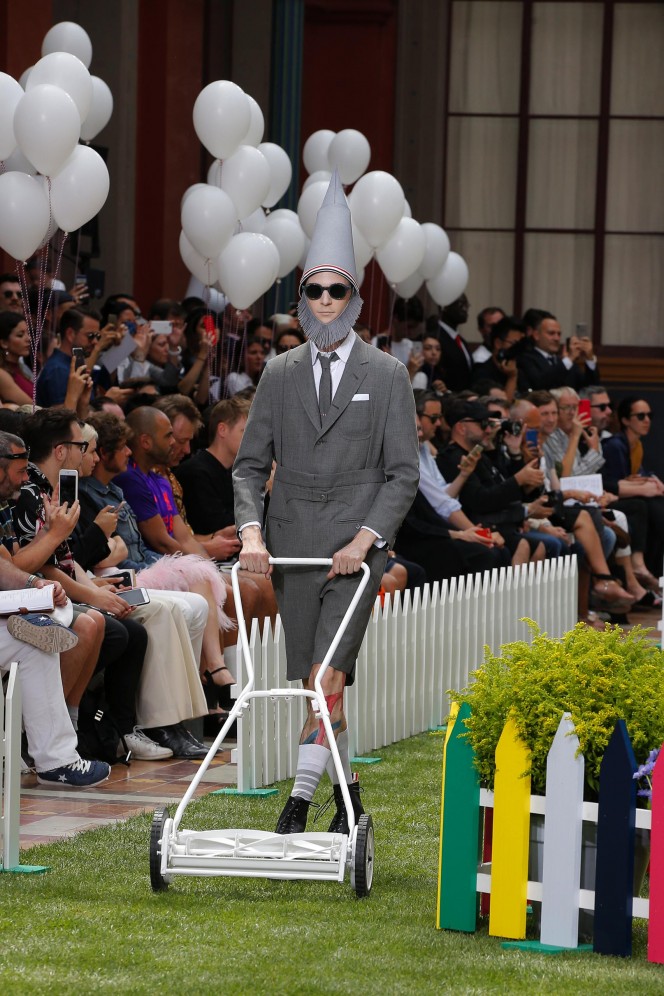 It feels like many of the collections this season saturated by a certain sense of doom and gloom, so it was nice to be thrown a joyful, upbeat curveball. Having established a business that ticks over safely with his distinctive approach to tailoring, Thom Browne’s shows have seen him indulge in increasingly outlandish flights of fancy: this time, he chose the neoclassical surroundings of the École des Beaux-Arts on the Left Bank, giving its central hall a radical makeover.

Artificial turf was divided up with picket fences, garden gnomes and Wendy houses, while giant helium balloons floated above: a suburban children’s birthday party on LSD. The first model emerged in a conical dunce hat and fake beard pushing a lawnmower, and another rolled a wheelbarrow stuffed with flowers that he handed out to the front row — it had an innocent playfulness, but also a sinister edge.

The clothes were equally mind-bending. To pick out just a few of the myriad ideas Browne explored: Dick van Dyke tailoring with preppy white piping, rock candy stripes and ginghams recreated with fur, and platform brogues in various sickly sweet shades. The Surrealist canon was clearly an influence here. Prints of lobsters and crabs were likely a nod to Elsa Schiaparelli, while the round-frame glasses and straw bowler hats recalled the hyperreal visual non-sequiturs of René Magritte.

While it might sound weighed down with references, it was all delivered with a nod and a wink. The finale saw the models walk out in pairs holding hands, a romantic moment that was endearingly goofy. Many designers are reappraising what it means to be a man, and in the wrong hands it can often feel false or overwrought. Thom Browne’s lightness of touch made it a welcome dose of fabulous frippery.