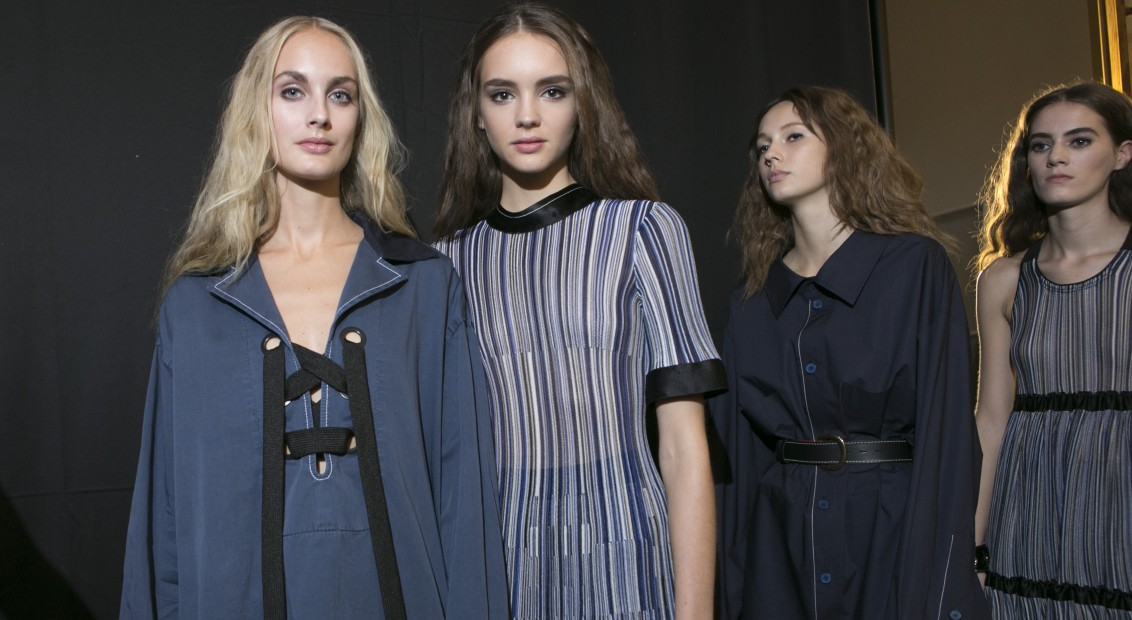 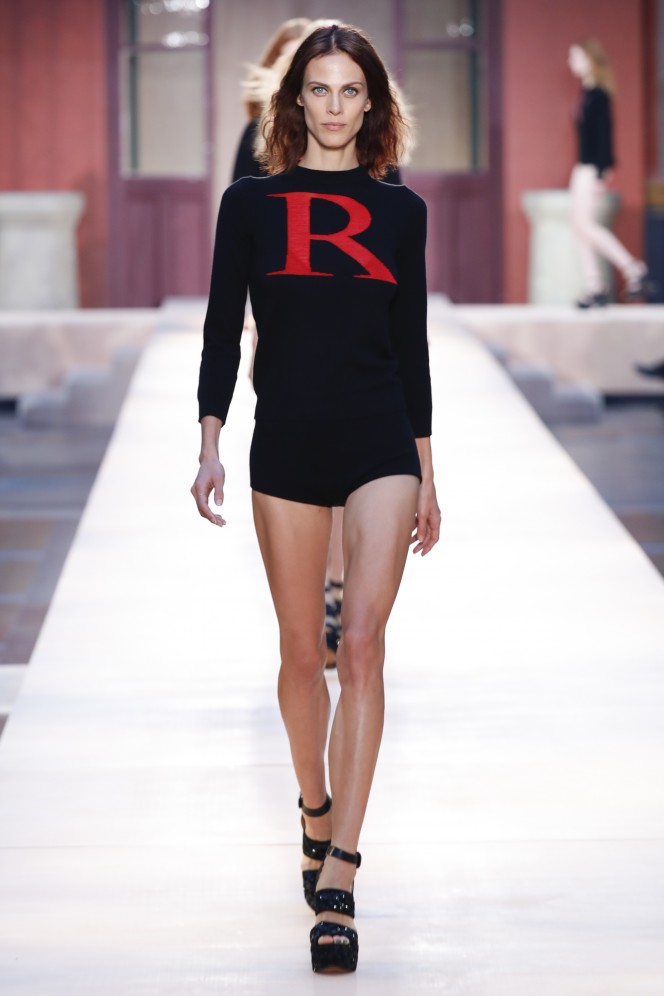 “I started by making a sweater; I ended up the queen of knitwear, without even knowing how to knit,” said Sonia Rykiel once of the nickname her designs generated throughout the 70s. It was that vivacious sense of humour and playfulness that shone through at the Sonia Rykiel show on Tuesday, the first since its founder’s passing in August at the age of 86.

The first looks spelled the tribute out, ‘Rykiel Forever’ emblazoned letter by letter in colourful serif across a series of knits. For creative director Julie de Libran, it was an opportunity to pay homage to the iconic sweaters Rykiel sold from her first shop on Paris’ Left Bank in the late 60s. Revolutionary at the time for their body-conscious ease, the designer’s pieces (and in particular her popular “poor-boy” sweater) became synonymous with the kind of freedom women’s social movements were rising up in favour of, then and well into the 70s.

Those long lines ran strong through tunics and skirts, wide-legged trousers, full kaftan dresses and mini numbers – their stripes in blue and multicolour harking back to Rykiel’s signature motif. There was also a utilitarian strain that nodded to minimal French workwear, in the form of oversized takes on uniform cuts: a crisp and full blue shirt; or a white button-up dress with balloon sleeves. Everything had an attitude of effortless sophistication, the kind Rykiel became legendary for – simply by making clothes that melded with modern women’s lives.

At the end of the show, everything exploded into a storm of silver confetti in one last, shimmering celebration. A fitting nod to a designer whose legacy will continue to reverberate far into fashion’s future.