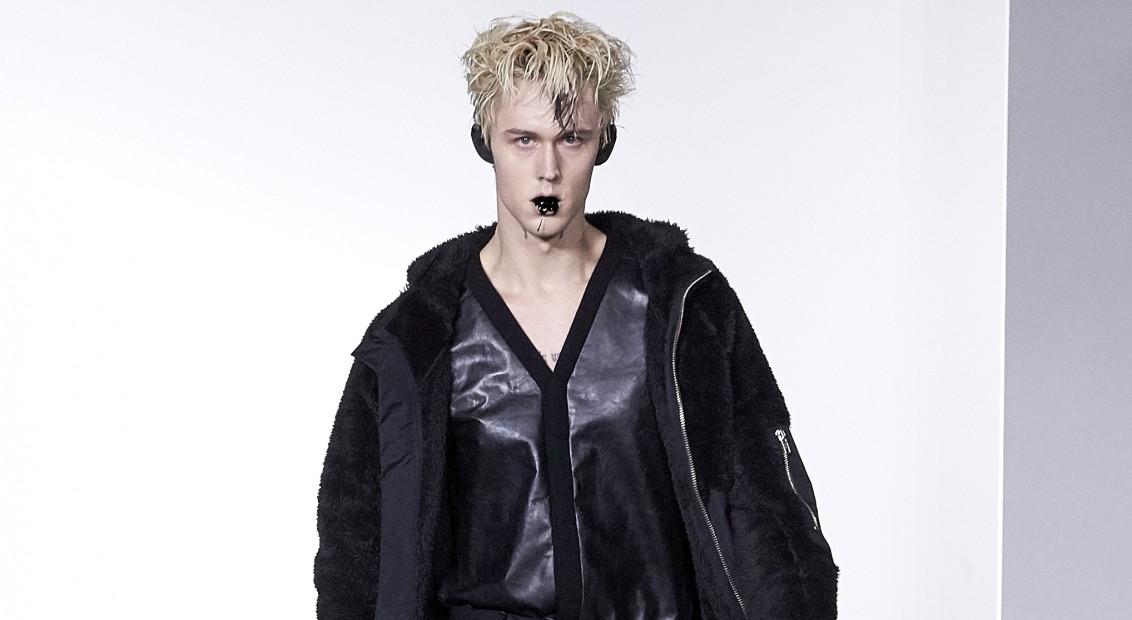 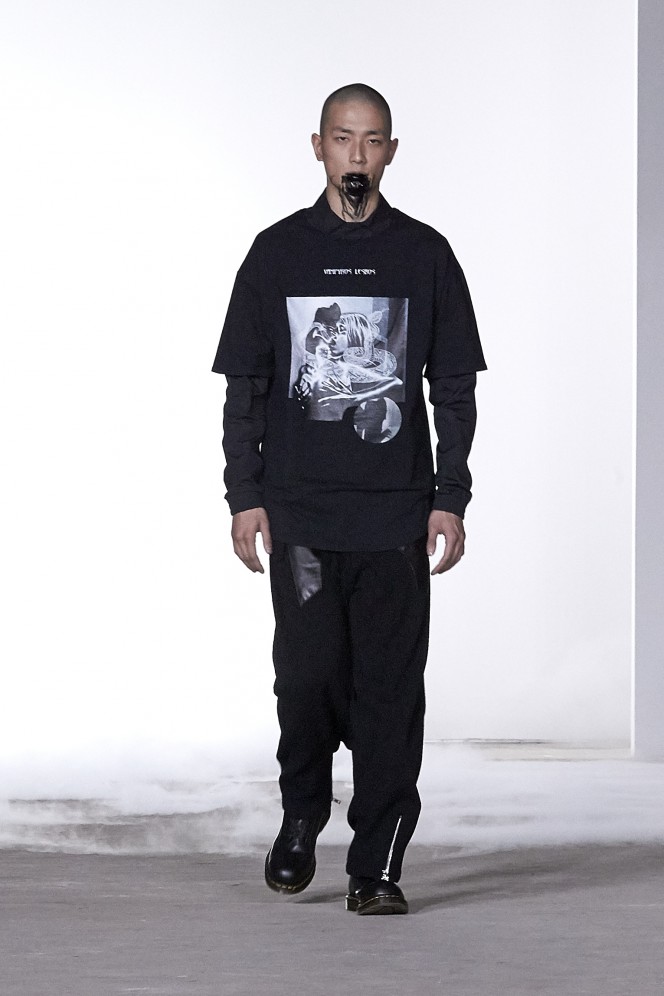 Vampires recently received a mainstream resurgence in the form of American Horror Story: Hotel, and now New York designer Siki Im is bringing them to the runway for FW16. Thick globules of black and yellow paint dripped down the faces of models, resulting in an aesthetic which was both monstrous and highly stylised.

These references could be traced back in the clothes, whose silhouettes reveal Im’s background in an architecture. Based around a central colour palette of jet black, oxblood and slate grey, the collection instead relied on textural details like leather panels and patchwork faux fur to add interest.

Here were garments that you could easily imagine wearing, demonstrated in an unconventional presentation designed to thrill attendees and consumers alike.