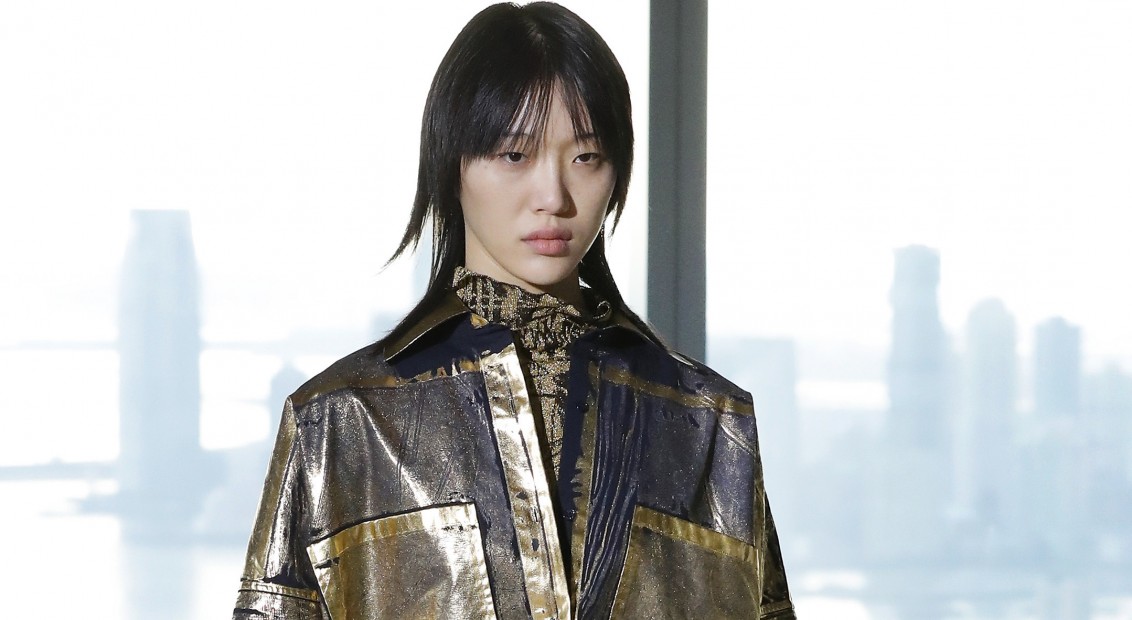 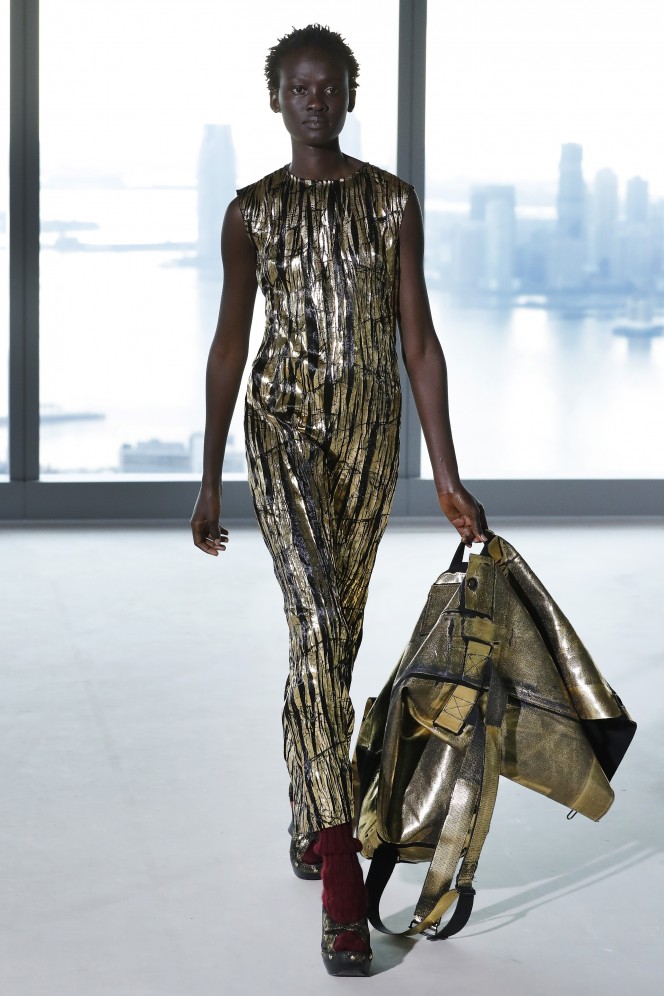 Back in 2012, Smithsonian Magazine described Dutch architect Rem Koolhaas as the “world’s most controversial.” It’s clearly an approach that’s worked – later this month, New York’s Solomon R. Guggenheim Museum will spotlight his research on the evolution of rural spaces (and the political and environmental factors driving these shifts) in an exhibition entitled: Countryside, The Future. This is where Sies Marjan, the acclaimed label founded by Dutch designer Sander Lak, back in 2016, comes in. Not only is Lak a sponsor of the exhibition, but he’s also used its themes as a jumping-off point for his FW20 collection.

These ideas of ‘countryside’ played out literally in a series of protective workwear and sturdy, utilitarian coats and jackets, which cocooned models’ bodies like fabric exoskeletons. Lak’s famous eye for colour was stamped across a palette which veered from burnished gold to pillarbox red, with an array of khakis and neutrals acting as a mid-collection palette cleanser. Even here, the details were painterly: slouchy, white separates and floaty, bias-cut tops were delicately smudged with greens, blues, browns and yellows, bringing a considered twist to the theme.

Lak also paid attention to sustainability, enlisting the skills of small-scale artisans and the resources of longstanding wool mills across England, Ireland and the Netherlands, for a series of collaborations. His prints were largely inspired by plants picked from across New York, and then brought to life with biodynamic dyes.

But as always, Lak’s vision is firmly rooted in the big city – exemplified by the show location, which overlooked the hustle and bustle of Manhattan. Koolhaas was sometimes criticised for being an “urban thinker”, hence the description of his work as “controversial”, but ultimately he understood that cityscapes deserve serious attention, too. In this sense, there are parallels with Lak’s own work, which offers a new, and slightly more unconventional take on the city-slicker wardrobe.