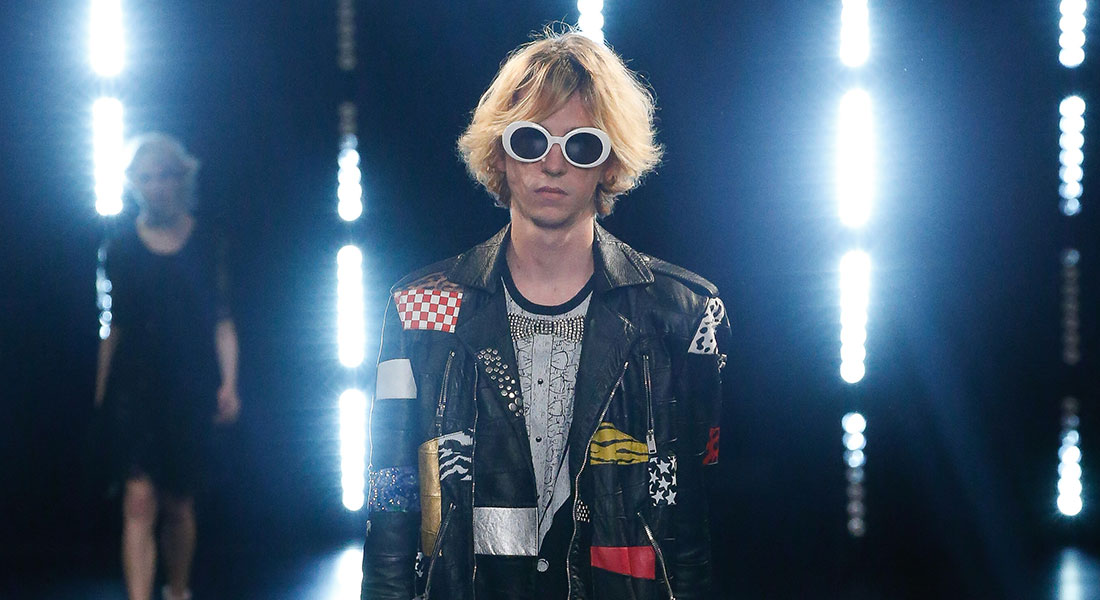 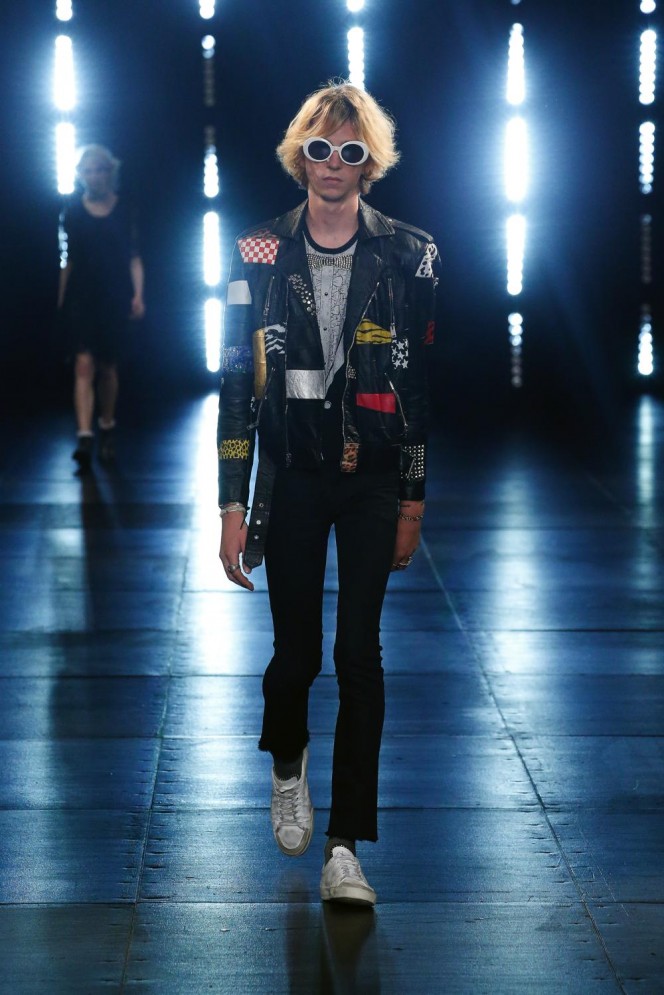 It’s Monday and the internet’s rippling already. Makes sense: it’s the day after the Saint Laurent show, the one slot on the fashion week calendar that’s destined to slice and dice opinion. Last night, flashing neons backgrounded the moving sidewalk that propelled Slimane’s boys and girls onto the catwalk. They walked to the sound of Cali band Swimmers, a track recorded in Oakland, California – the place Hedi Slimane designed this collection in tribute to.

The designer looks to one artist each season, a creative comparison that hums at the level he’s currently revving the house’s engine at. This time it was SoCal artist Billy Al Bengston, who during the 1960s was closely aligned with the surf and motorcycle scene there, a purveyor of Pop who today lives and works in Venice Beach – with his custom DeRosa bike. Designed by Bengston, the invite told that the collection was titled Surf Sound and subbed ‘A Tribute to Contemporary Californian Surf Music Culture’. And it was potent. The incredibly intricately couture beaded souvenir jackets and bombers, navajo ponchos, Cobain sunglasses, frayed denim vests – one bleached gilet with a fiery hot pink leopard collar. A technicolour couture confetti tux jacket and baby teddy bomber cast with a hand-embroidered rendition of the artwork ‘Pet Name’ by young artist (and daughter of actor Giovanni Ribisi) Lucia Ribisi. The girls wore scuffed up trainers, as did boys, taking it down an inch – or three– from last season’s epic Cubans. They looked comfortable. Fitting, for a collection designed in tribute to the alt-grunge tribes of California, the salt, sun, skate, music, surf that defines one generation to the next.

Now, those aforementioned ripples. They will continue to form, and for the switched on that’s what ultimately indicated Slimane’s total dedication to the house’s spirit and cause. Just rewind to January 1971, when Yves Saint Laurent unveiled his Spring Summer couture collection (La Collection du Scandale) to an army of clients and journalists gagging for his next output. Cue total chaos and a mega media boycott, apparently the risqué deep necklines, turbans, heavy heavy make up and wedged heels were too floozy, too reflective of World War II struggle. Point being, they missed the point: Saint Laurent had been inspired by his friend Paloma Picasso, who when short of money in the 70s shopped at flea markets where 30s and 40s clothes were sold, igniting the kind of Beatnik attitude that the likes of Loulou de la Falaise and Betty Catroux (the latter sat front row yesterday) would channel, as muses, into Saint Laurent’s head, heart and clothes onwards.

There you have a designer who divided opinion, just as Slimane continues to do in his championing of a youthful energy that’s continuing to grow the house’s legion of hardcore fans.