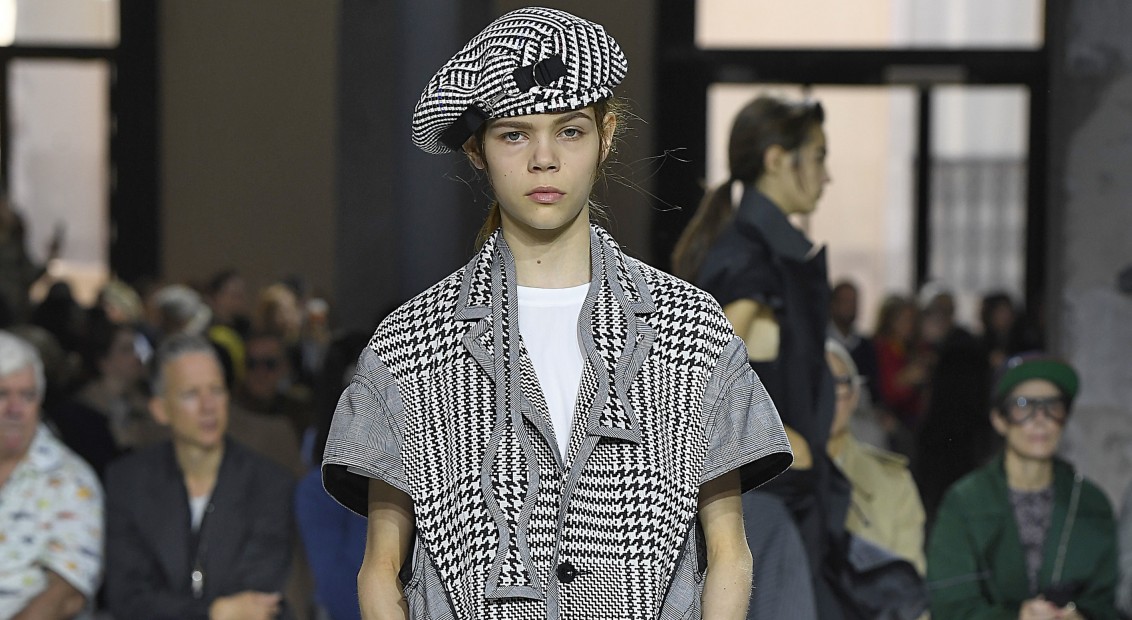 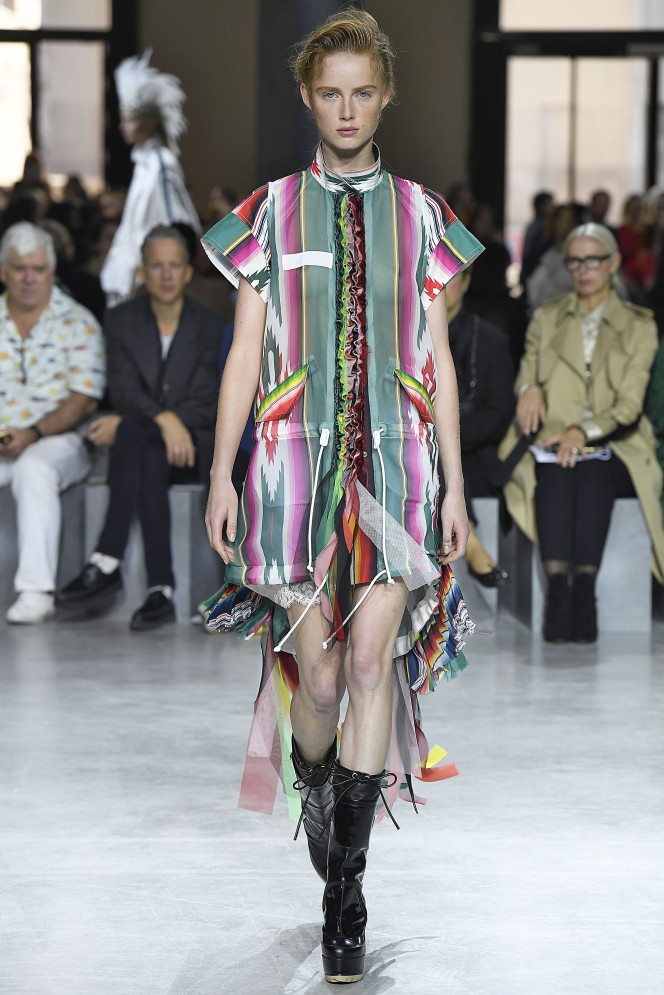 Chitose Abe, the founder and creative director of Sacai made SS17 a tribute to game changers. And name a bigger game changer than Kurt Cobain, whose rough voice pulsed out the speakers as Nirvana’s Drain You set toes tapping.

And the 1990s – the baggiest era of all – was clearly an influence in the accessories on show here, including the launch of Sacai bags: wide leather document bags that flip inwards to create an elongated clutch.

The collection’s clothes focused on reconstruction. A three-piece suit typically associated with the gentleman was deconstructed and re-created into a casual effeminate loosely cut slouch suit. Jacquard camo made its way in the form of a puffa jacket that was teamed with an army beret and Abe’s take on the spring trench was a heavy leather cream component instead of the standard beige (it all brought to mind Allo Allo‘s Michelle “I’ll say this only once” Dubois). Baby pink pyjama pants, heavy tartan dresses and houndstooth jackets again harked back to the 90s, à la Clueless.