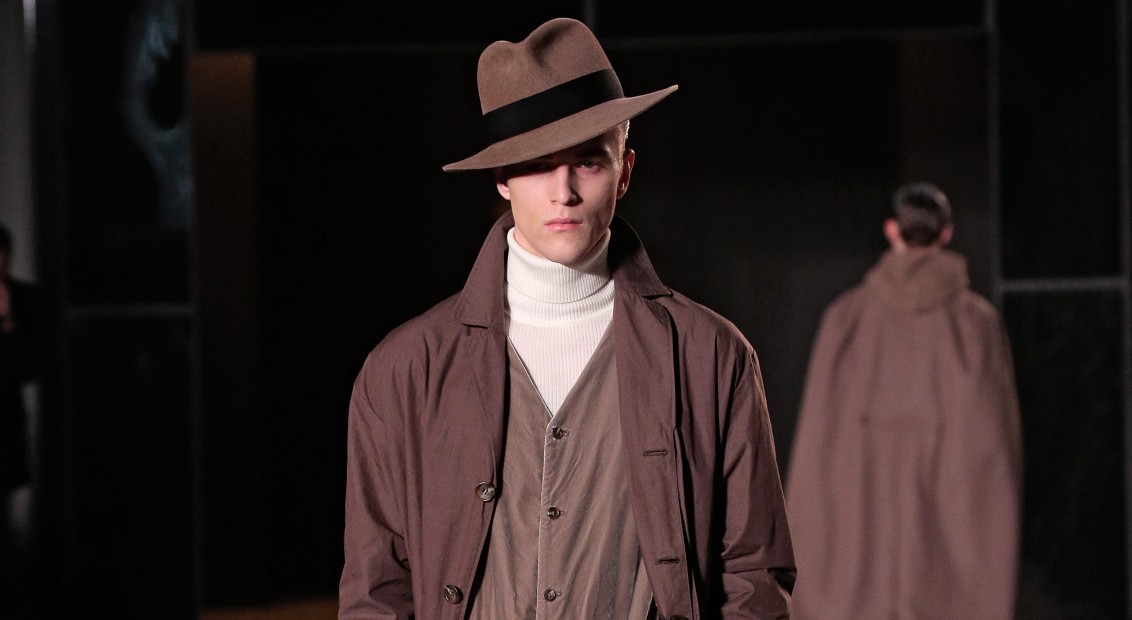 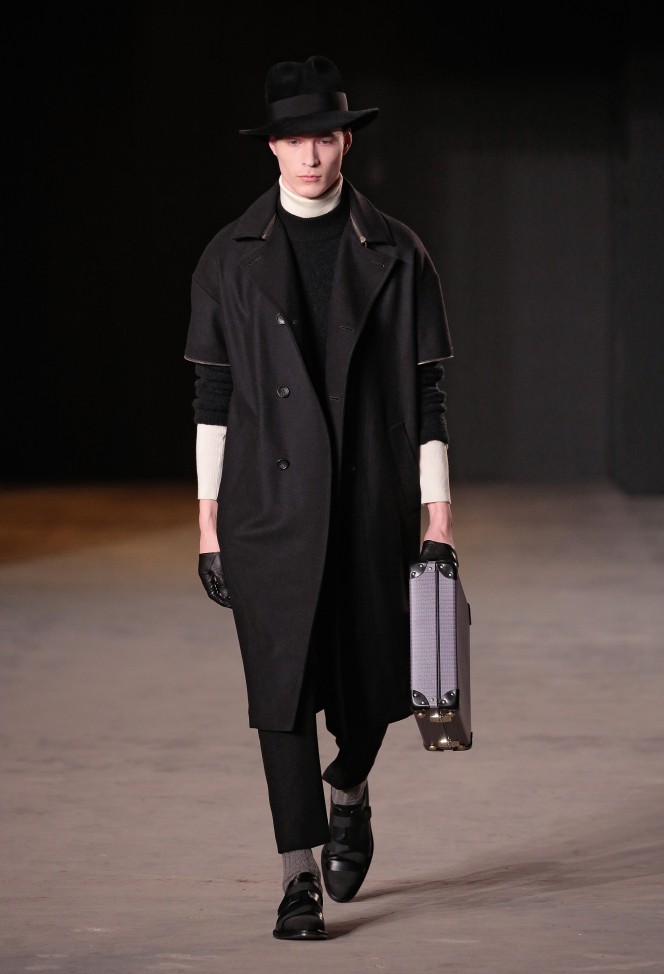 Robert Geller’s FW16 collection drew inspiration from the German fairy-tale, Momo, which delves into how humans utilise time in modern society, with the eponymous child protagonist placing the utmost creative value upon it.

Geller explored Michael Ende’s concept with a stark divide in his design; the ‘grey men’, as they are known in the tale, are represented by punk and military-influenced attire in a muted palette with slim silhouettes and rough detailing, whilst Momo is represented through a flurry of saturated colour, with wider cuts and patterning that echoes the freedom of imagination.

The ‘grey men’ descended upon the runway, cloaked in oversized trench coats with large lapels, folded to mask the monochrome roll-necked knitwear. Slightly cropped sleeves drew emphasis on the tight, black leather gloves whilst trousers came narrow-legged in crow, accessorised with wide-brim hat and steel briefcase – think sinister gangster with aTerry Gilliam oddity. Pomade-soaked, slicked back and dyed grey, the models’ hairstyles echoed the nature of Geller’s design. The following coat came half worn half flung over the shoulder, resembling a cape and drawing vampiric connotations. Geller’s ‘grey men’ almost felt like a creative parallel to Kubrick’s A Clockwork Orange.

The collection transitioned smoothly through a series of beige, brown and cream looks that preceded the stylistic reflection of Momo, at which moment a vibrant shot injected the catwalk, with wider-cut outerwear in hot pink, shirts in coral, and sleeveless hoodies in cobalt swathed over flourished t-shirts. An oversized coat in a golden hue came coupled with a draping mustard shirt and loose-fit trousers. The clashing of orange, bumblebee and orchid screamed out the sentiment that this was Geller’s unfiltered fun, his carefree creativity.