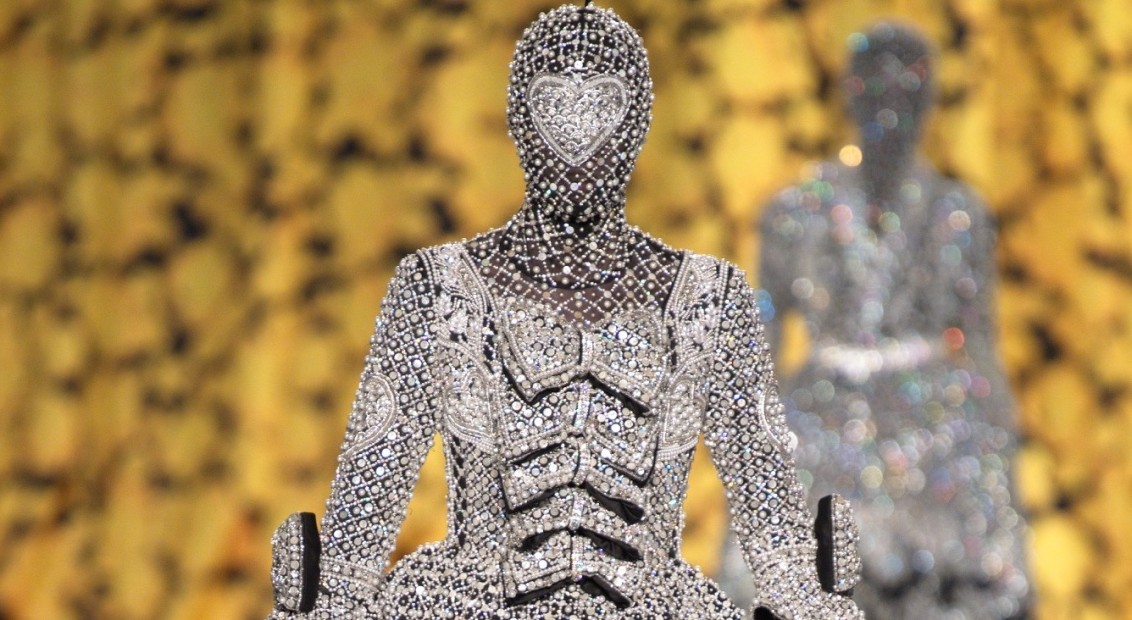 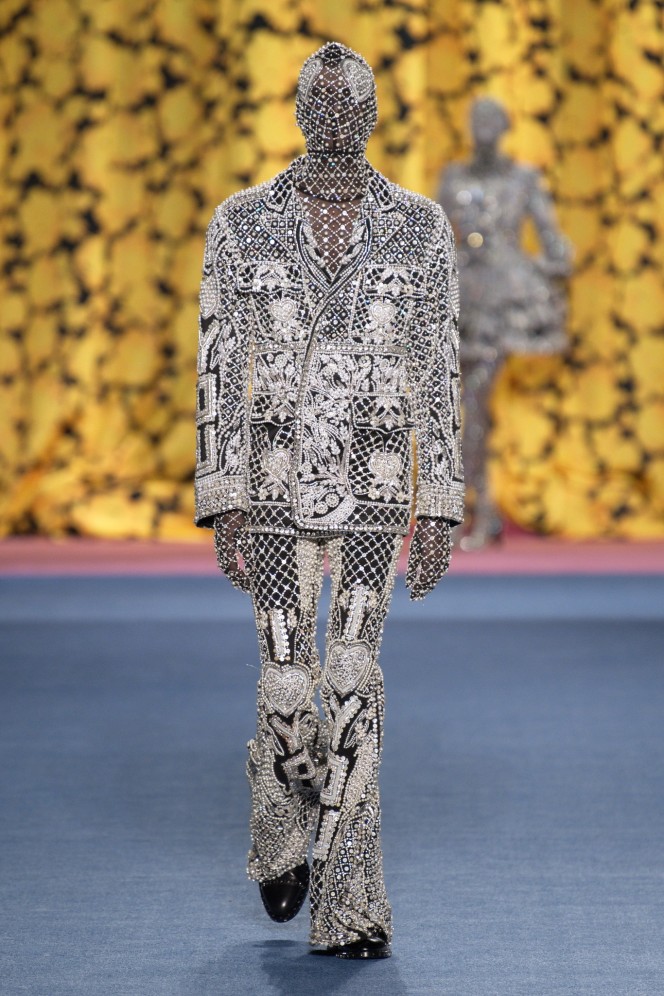 Ever since the actual Queen sat front row at his FW18 show – which was only his second full collection – all eyes have been on Richard Quinn. Yet the designer has handled the pressure effortlessly, expanding and improving his aesthetic signatures: graphic, floral silks, mask-clad models and beautiful, couture silhouettes, all offset by a lashing of kink. This season, the british designer ramped up this vision even further.

The doors at the end of the room opened, revealing a masked, club kid host alongside an orchestra. Music pumped through the venue as the first model stepped out, wearing a heavily-embellished suit with flared trousers, a similarly intricate mask and, on the back of the jacket, the designer’s famed slogan: “GOD SAVE THE QUINN.”

Show notes promised “riotous colour and high fashion fantasy” – and they didn’t disappoint. Punchy florals were splashed across polka-dot gowns, which were layered over latex gimp suits. Tartan peplum vests were adorned with glimmering, metallic embroidery, and super-short, super-structured dresses were given a dose of 80s magic with gigantic puffball sleeves. Cheongsam dresses and kimono jackets were interspersed with shaggy headpieces, and gigantic ballgowns had trains gathered into balloon hemlines, for maximum volume.

The show wrapped with a bang of ticker tape and a classical rendition of ABBA’s Dancing Queen, which soundtracked the victory lap. Some guests laughed, others cried – but all seemed to share an agreement that Quinn’s celebration of joyous, fashion fantasy was one of the most beautiful moments of the season so far.