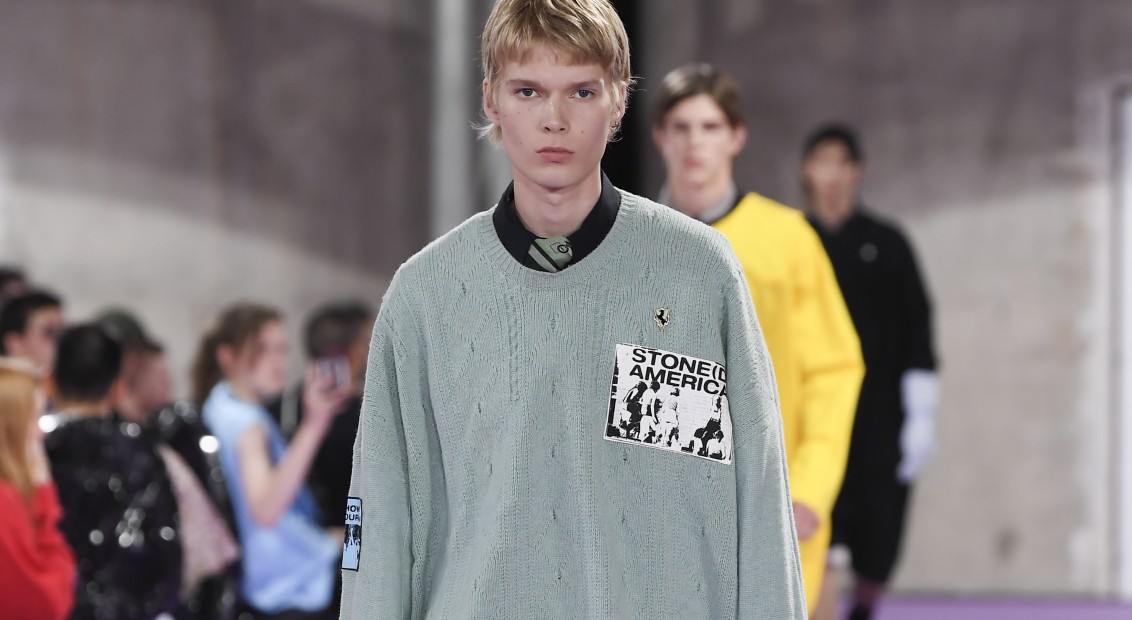 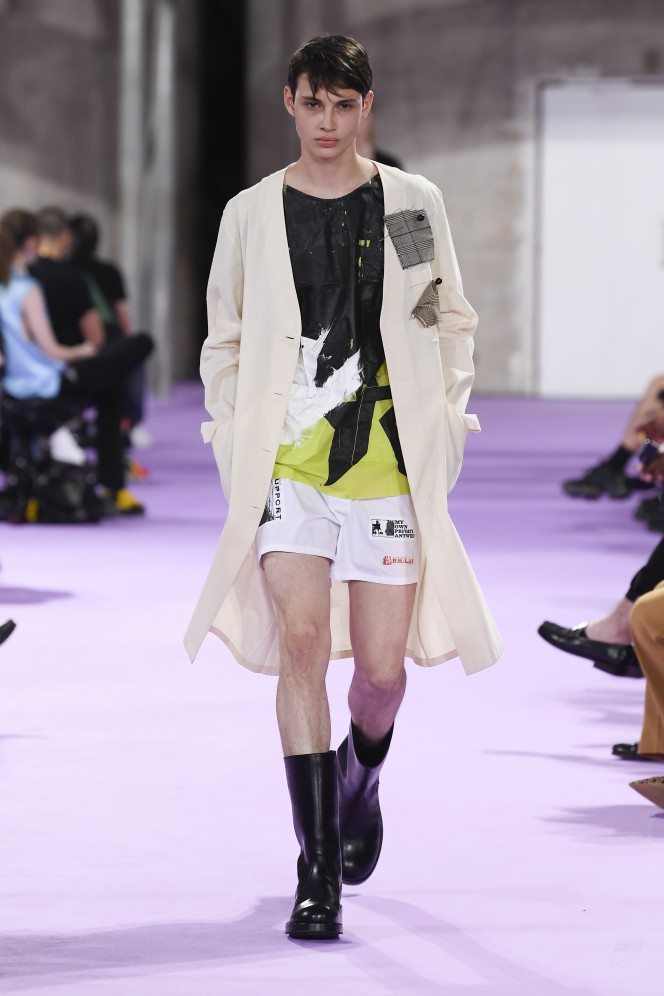 For SS20, Raf Simons gave no show notes and no backstage interviews. Instead, he lured press to a vast, industrial sports hall nestled in a Parisian suburb some 45 minutes away from the city centre. Scattered across a lilac carpet were dozens of corporate desk chairs swathed in black plastic and free to move around the room as guests pleased. If this wasn’t enough of a clue that the tone would be stormy at best, a booming voice soon confirmed it with a repeated chant: “corporate America, consumer America, fascist America.”

It’s not hard to read into this. Raf recently left Calvin Klein after building an aesthetic rooted in American iconography, which fused his own subcultural references with the design codes of the US juggernaut. Like Dior years before, his departure sparked debate around the relentless pace of the industry, as well as the greedy overconsumption which drives it whilst simultaneously destroying the planet.

Suitably, SS20 felt like a post-apocalyptic rave: lab coats came with stitched-on patches; fluoro ski gloves and rubberised boots felt more protective than aesthetic, as though models were set to wade through hazardous waste. Highlights came in the painted, mottled tees which looked to have been worn away through bleach, but one piece of oversized teal knitwear encapsulated the show’s message with a stitched-on statement: “STONE(D) AMERICA.”