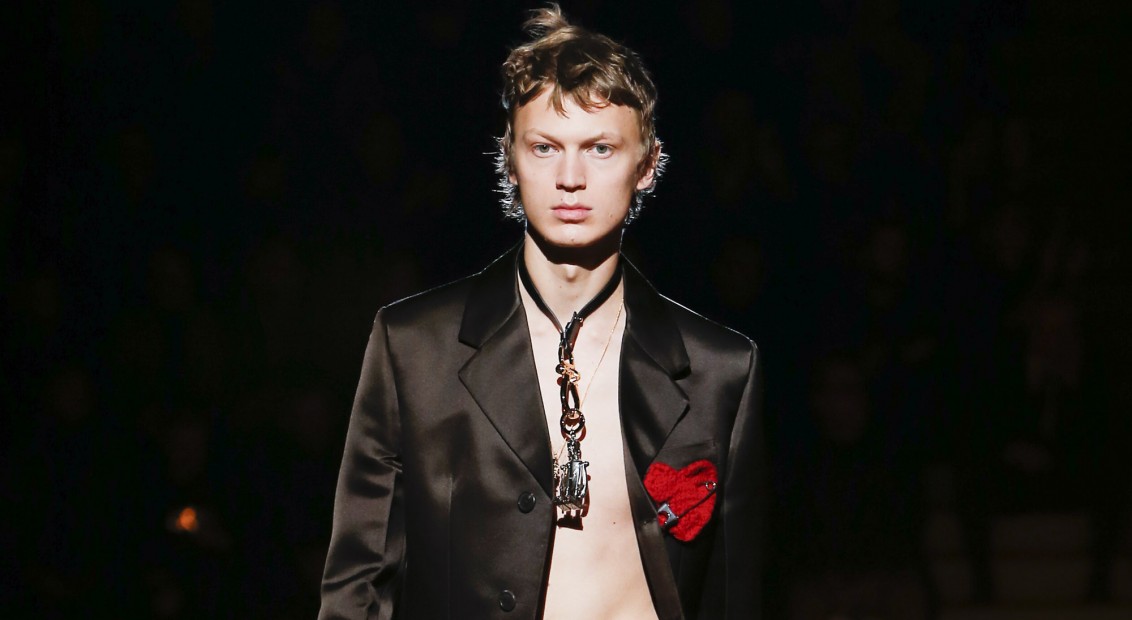 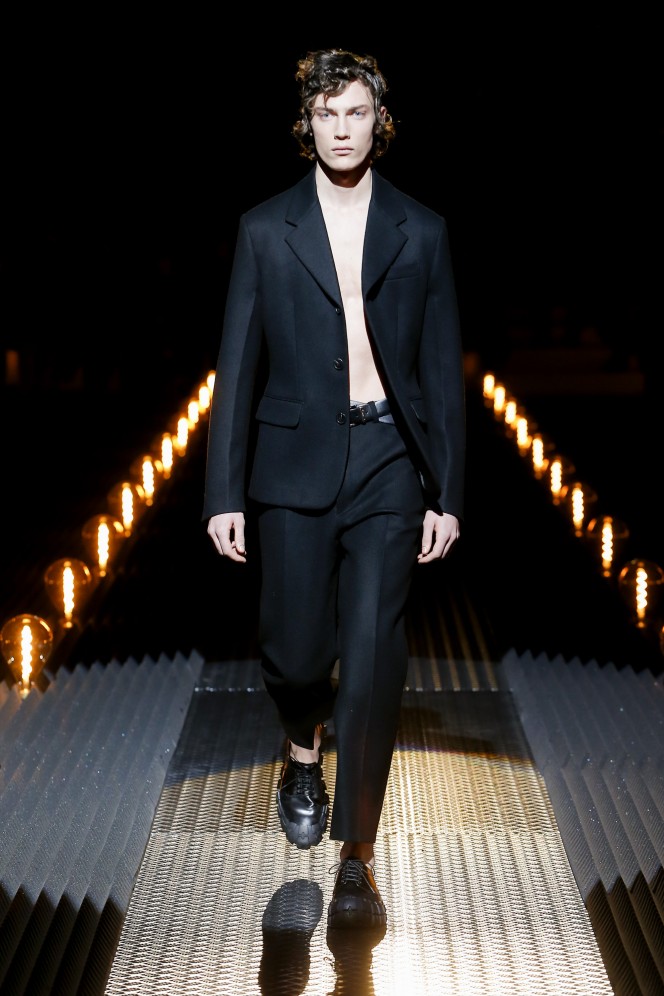 The past few seasons for Miuccia Prada’s menswear have seen her enter a darker territory, from the anonymous workers trawling through the warehouse this time last year, to the weird and wonderful padded hats and short shorts of last season. This season, the thread was continued, albeit with an unexpected dose of humour. Where the designer had previously been leaning towards an eerie, spectral mode of horror, this time she moved into the realm of monsters.

The catwalk was lit up to resemble something of a dark fairground, with ridged foam walkways dotted with filament bulbs (like a madman’s laboratory – we’ll get to the Frankenstein references later), and it was, appropriately, a rollercoaster ride of a show: beginning with sharply tailored looks in black and grey, cinched at the waist with overlapping belts for both women and men, the collection evolved into a colourful series of knits and nylon bombers adorned at the shoulders with great plumes of fur. The eye-popping pinks and yellows, and soundtrack that zig-zagged everything from the Rocky Horror Picture Show soundtrack to Rod Stewart’s Do Ya Think I’m Sexy injected a sense of playfulness that would render the scariest of monsters powerless.

In her show notes, Prada referenced Mary Shelley’s Frankenstein – the story of a misunderstood monster with a big heart – who cropped up on the aloha shirts that have been selling like hotcakes for Prada over the past few seasons and intarsia knitwear sliced and stiched together like the monster’s limbs. Throughout, there was something of the English Romantic obsession with doomed love that coloured the whole collection, even if Ms. Prada gave it a slyly ironic twist. The standout look towards the end of the show was a coat in satin velvet with a knitted heart crossed through with a safety pin attached to the breast: even if the darkness here was tempered by a sense of whimsy, the dark days aren’t quite over yet. In the meantime, sign us up to Prada’s lonely hearts club.