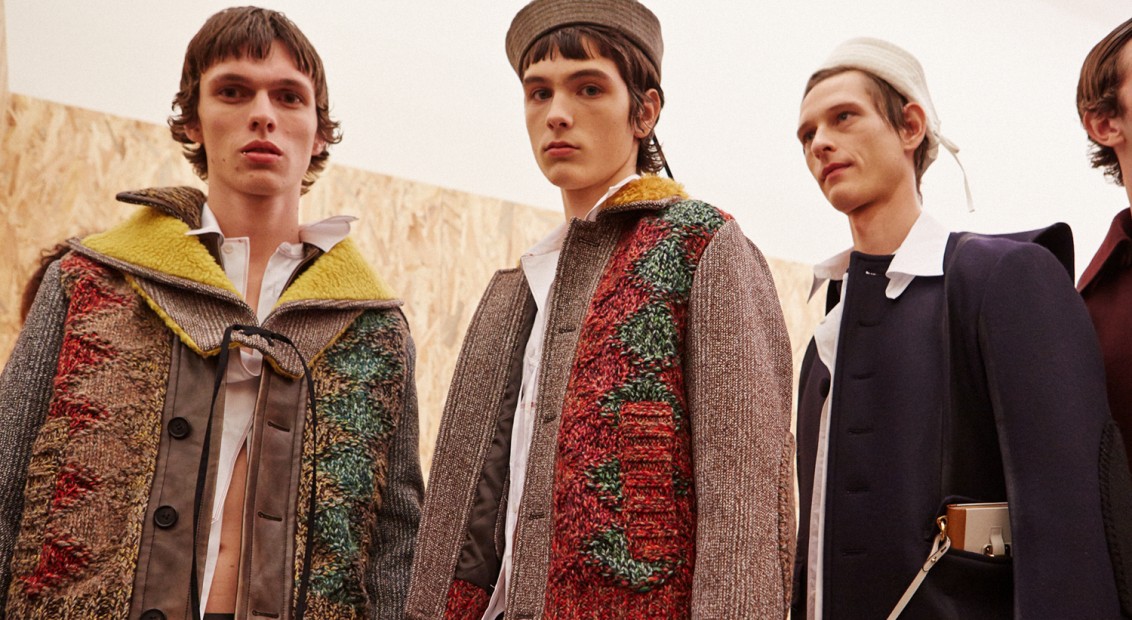 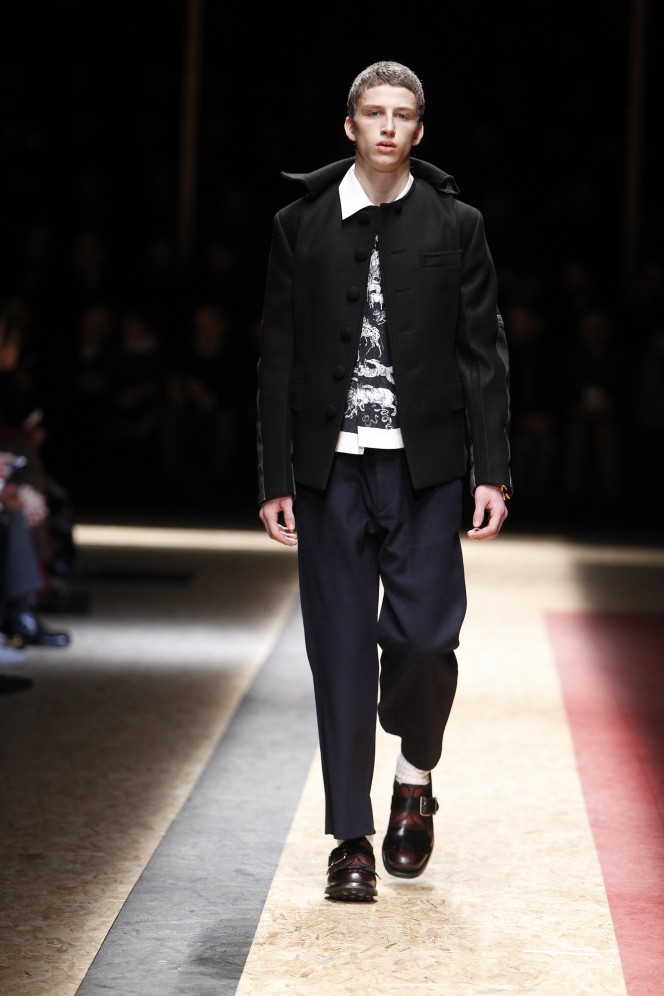 When Miuccia Prada tells a story it’s not a typical narrative feed, you’re left feeling nourished – but starving for more. Yesterday she had us displaced from the outset, leading us not through the usual via Fogazzaro entrance but on via Cadore, through a huge plywood construction that drew us into the belly of a tavern-like ship hull. The usual tiered seating glimmered slightly, each seat post tipped with a little battery-powered candle.

There we got a stormy tale of love and loss over salty waters. The boys were sailors, their female counterparts strange seaward mistresses who felt part crew, part treachery, their lips painted red, dark hair offset by sailors caps that were worn as if stolen from the boys. The first few wore their stockings as leggings. Weird and sexy. As is the Miuccia way. As were the boys from Look 29 through 31, cuffs and collars hanging and coats strong and long as if shipwrecked and turned to piracy.

Smocked shirting fell away from the chest and was decorated by French artist and filmmaker Christopher Chemin, who drew the collection’s prints. One was a cut up still life spattered with pomegranate juice, another a sailor and Cleopatra-esque female, mirroring the lustful characters who strode the catwalk.

Mrs. Prada handles themes of sex and relationships not as weapons of typical seduction, but of intellectual stimulation. There’s a deep web of thought behind each look, something simmering there that leaves every audience member hot under the collar. Here its climactic function was the soundtrack, Nick Cave and Kylie Minogue’s Where The Wild Roses Grow, a dark telling of Ophelia’s watery end for The Bad Seeds’ 1996 Murder Ballads.

“But long it could not be,
Till that her garments, heavy with their drink,
Pulled the poor wretch from her melodious lay,
To muddy death.”

Romantic and a little fucked up, absolutely Prada. 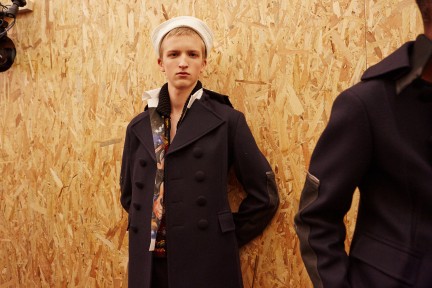