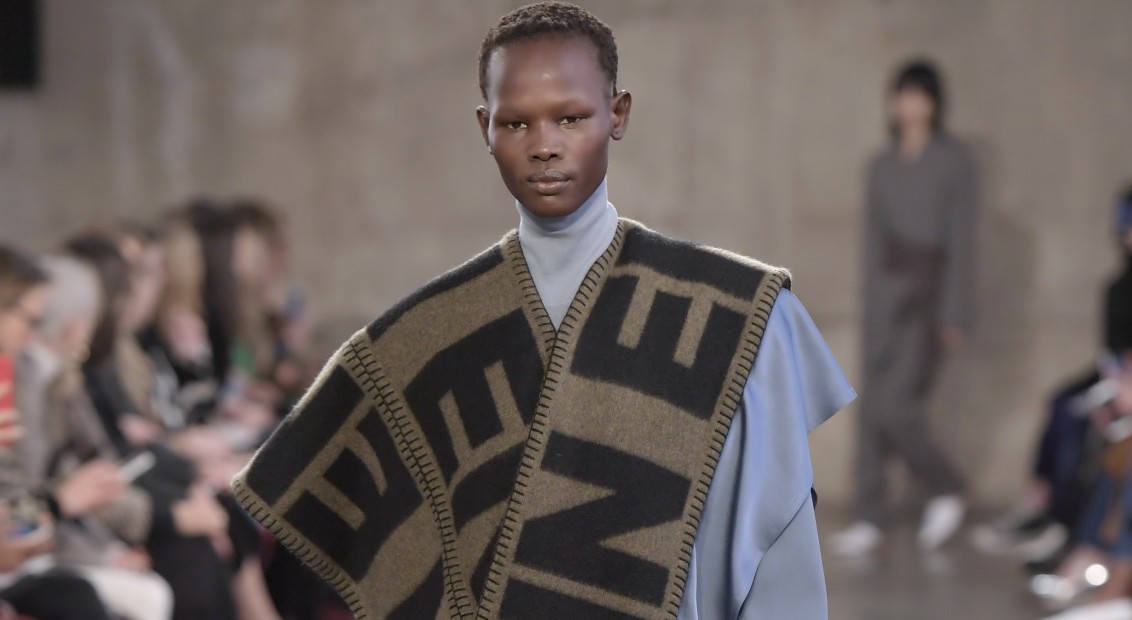 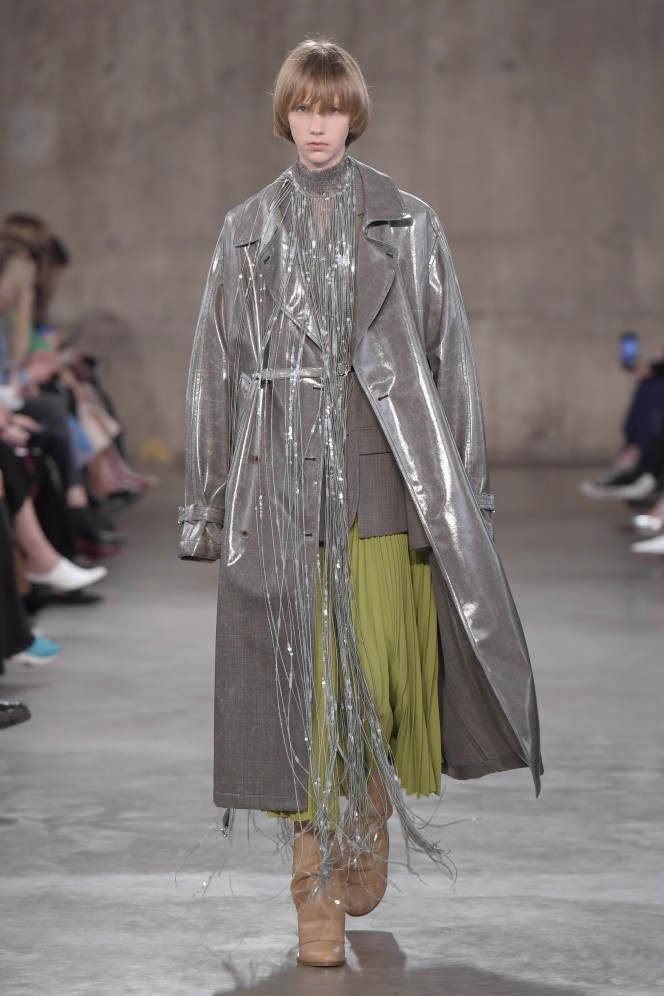 This season, Ports 1961’s creative director Natasa Cajalj was exploring the reality of a grown-up woman’s wardrobe – particularly her social and cultural identities. Standouts were slick silver suits, jacquard prints, fringing and those cosy cow print jackets. “There is a mood of bricolage — the innate freedom encourages combinations of different elements and themes, united in their diversity,” read the show notes.

Set inside Tate Modern’s concrete space, The Tanks, the collection entered a “new territory” for Ports 1961. The silhouettes were free and layered, with a focus on luxury materials (Cajalj is a fabric expert after all). What stood out were sequins on skirts and jackets that formed “showers” made of a swooshing fringe fabric — taking inspiration from the British weather and tailoring garments to the woman on the move. Other pieces included wool-mix scarves inscribed with ‘Made in England’ and ‘Made in Italy’ that drew directly from the actuality of fabrics and their manufacturer. These scarves “echoed the internationalism of fashion today, and Ports’ identity in particular,” explained the show notes.