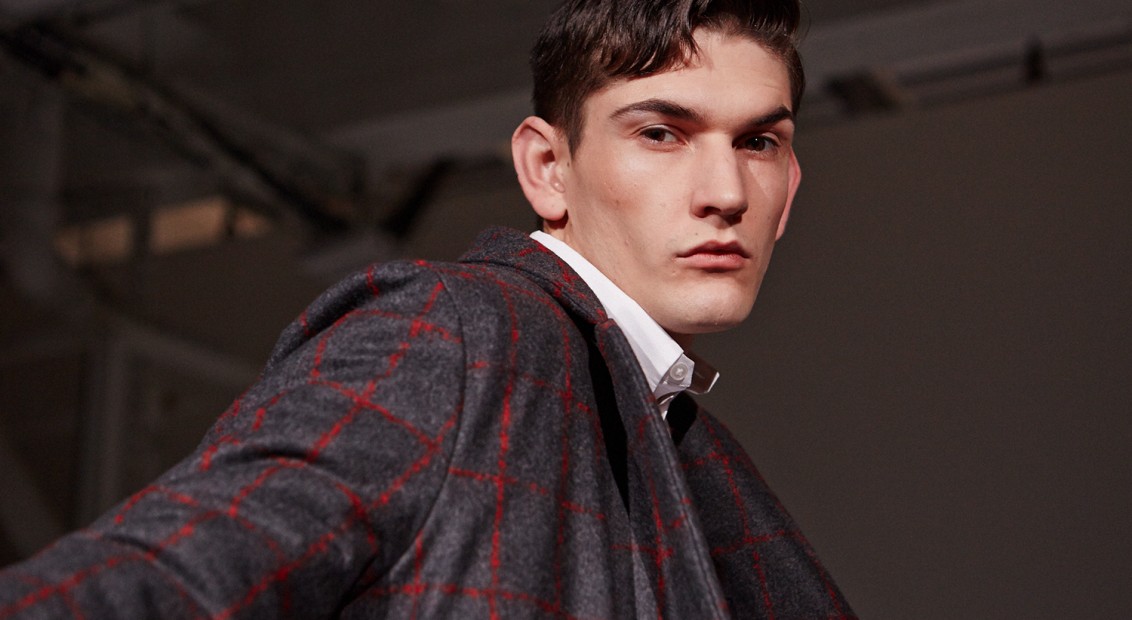 As with SS16, Pieter was once again supported by the BFC’s NewGen for a presentation. ‘Secret cultural codes’ was his starting point in June, paying particular attention to finer detailing from reverse-stitch, knit tattoos to piercings designed specially by jeweller, Husam El Odeh. FW16 sees Pieter hone in on a kinky, Robert Mapplethorpe image from 1979.

Pieter’s minimalism was upheld. Meticulous refinement and contrasting entities, so much so a double-look is necessary, were the focuses here.

Colours, form and details were employed in a three-way face-off. A bright, scarlet red – like, really bright – paired with midnight-blacks and super-clean whites highlighted key shapes: biker-leather trousers – and another pair of trousers with piercings at the crotch – crisp, white shirts (accessorised with red belts at the fore- and upper-arm), and, at first glance, what looked like a gilet, was more of a stab-vest-like pullover – no details present. It’s minimalism focusing the eye on the finer things: Pieter’s sensibility for fastidious design. 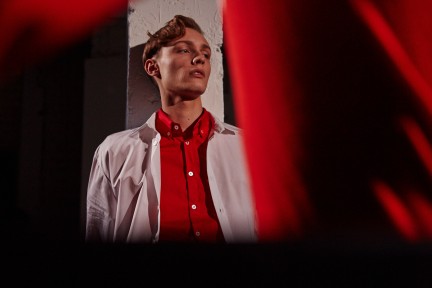