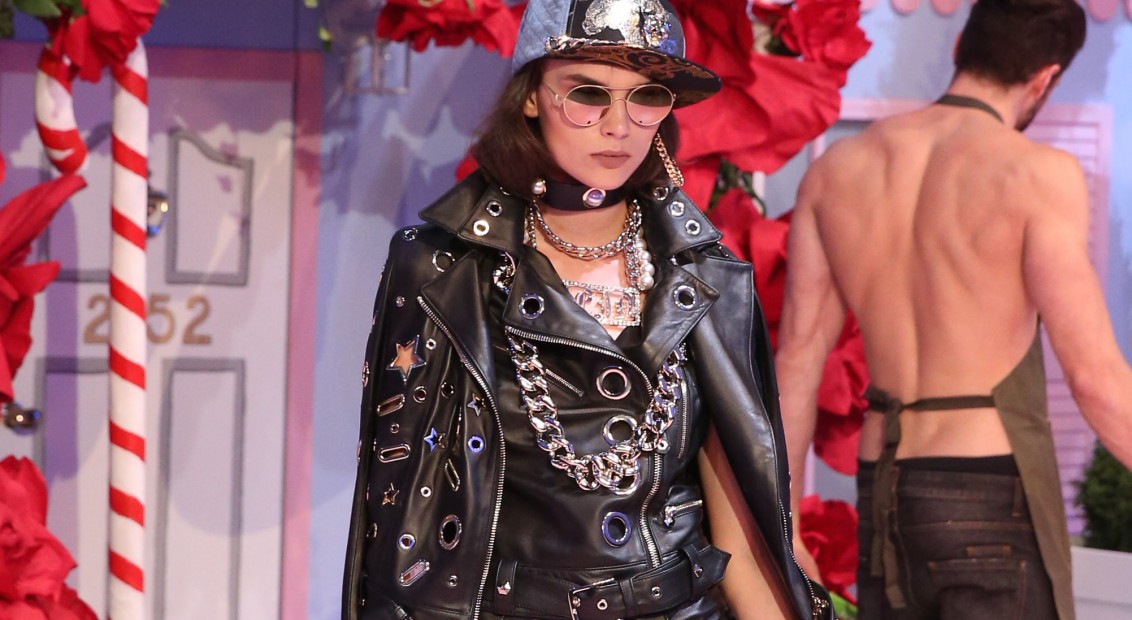 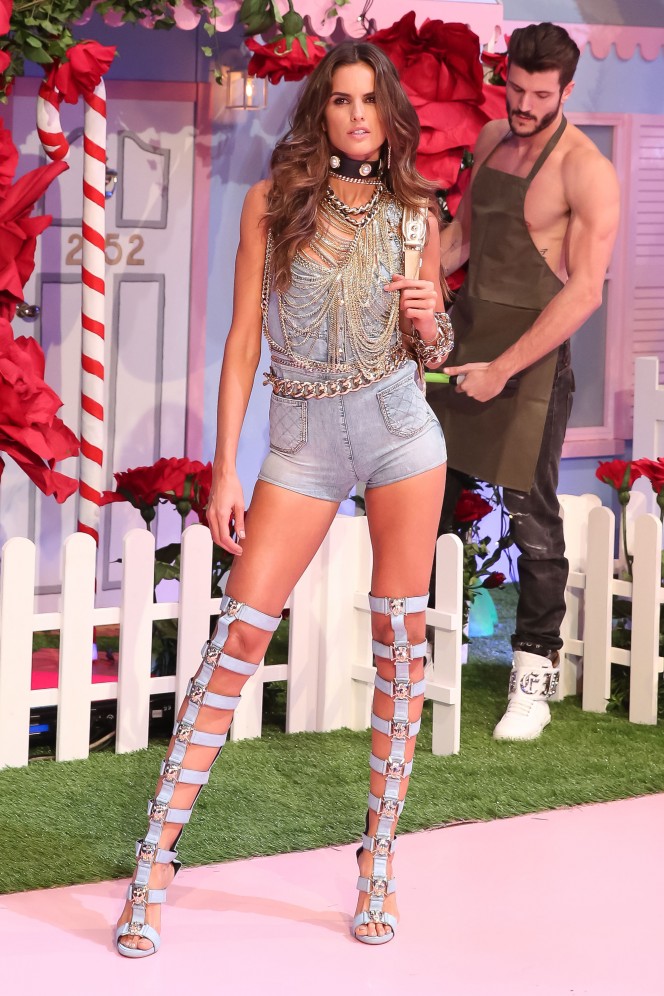 Not one for a subtle fashion show, this season Philipp Plein fell down the rabbit hole and transported the rest of Milan with him for a collection titled #AliceinGhettoLand. Although inspired by the classic children’s book, Alice in Wonderland, Plein’s interpretation resembled a similar aesthetic to Fergie’s M.I.L.F. $ music video, with topless milk and ice cream men cycling around a 1950s style neighbourhood. Amongst the milkshake shack and ice-cream delivery vans were giant lawn ornaments with the word “pimp” written on them and a swinging carousel filled with models.

As usual the show (and party) kicked off with a live performance. Over the years the #Pleinsquad has been headlined by many big acts, from Snoop Dog to Chris Brown. This year it was Fergie. She rolled up with her squad, along with rapper Remy Ma and Fat Joe in a convertible wearing Plein’s statement thigh-high gladiator sandals, a central piece in the German designer’s collection.

But Fergie wasn’t the only big name to hit the runway. Paris Hilton made a modelling cameo, wearing a black cut-out gown with chains draped around the front and back. Speaking of chains, thick gold ones (and aviator sunglasses) were a common embellishment, Plein styling them with light denims, head-to-toe leather looks with star-shaped eyelets and a mix of iridescent prints in shades of navy, fuchsia and mustard yellow. Amongst the hip hop meets Wonderland aesthetic, Plein also showed an updated take on his signature crystal skull motif.

If the show felt more extravagant than usual in its theatrics, that’s because it wasn’t just a show – it was a send off. The brand announced it was the last time Plein would present his collection in Milan, set to move its shows to New York Fashion Week from next season. For a designer with a monster vision, showing in a monster metropolis does make a lot of sense.