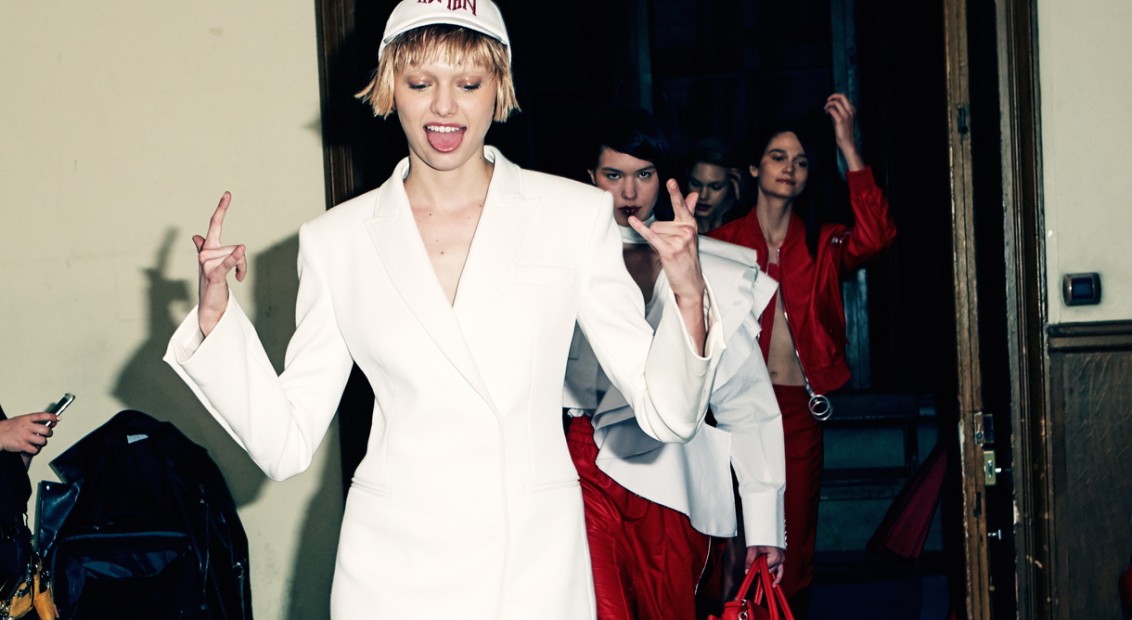 Off White is the brainchild of Virgil Abloh, the designer whom most may know as the creative director for Kanye West, and this season he got back to his roots with a collection that encapsulated his core design foundations: streetwear meets luxury. Clothes for the modern woman – one who appreciates the value of matching her tailoring with the right trainers.

A colour scheme of bright red, black and off white ran strong throughout the collection, several outfits boasting head to toe red in skirts and fitted blazer jackets. Pinstriped contoured shirts as well as some with neckties and one-sided ruffles added a touch of business chic to bridge the gap between a line of clothing that crosses back and forth between casual and luxury. A ruffled purple dress cut above the knee stood out amongst other pieces that featured sleek lines and billowy pants that oozed downplayed elegance. Considering he only started designing womenswear two seasons ago, Virgil has been quick to ace the ultimate balance – a unisex look, sharply adjusted for the female figure. 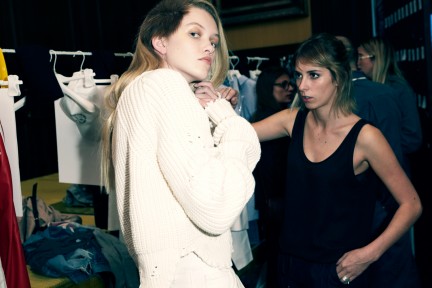