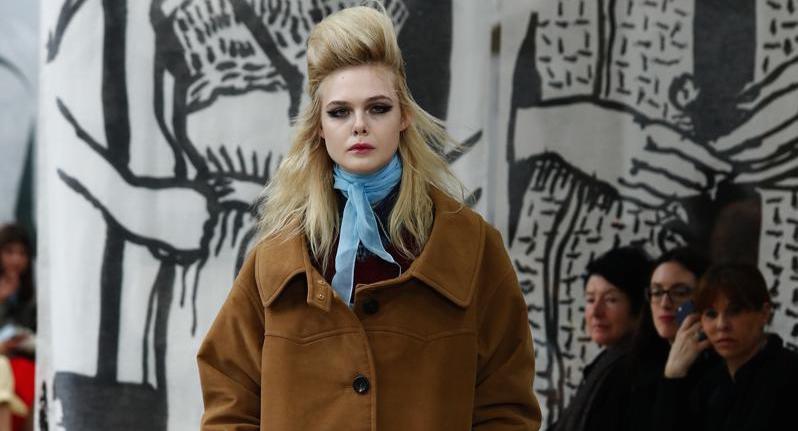 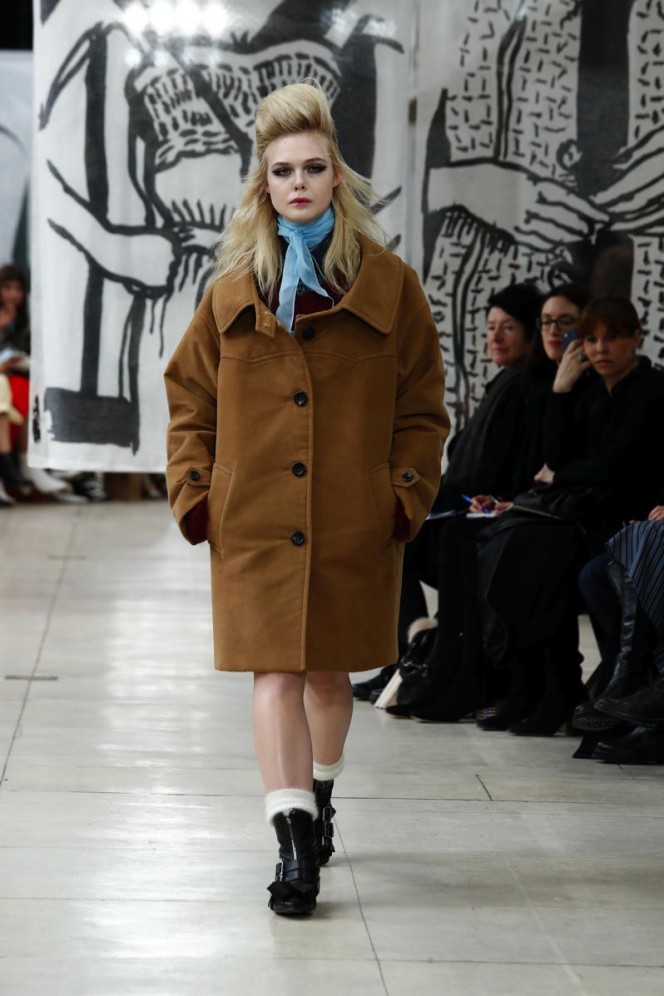 Elle Fanning made her catwalk debut at Miu Miu yesterday afternoon, opening and closing the FW18 show. Set inside the Perret building, Miuccia Prada wanted the show to be in dialogue with the fast-paced beat of Paris.

Closing the last day of Paris Fashion Week, the show “brought back the expressive spontaneous quality of Miu Miu by introducing a new Miu Miu “language”. This was emphasised by large white screens were printed with illustrations of the alphabet and small symbols that focused on the strength and modernity of the brand. “The Miu Miu girl has conviction and belief, her wardrobe is a kind of alphabetical system, which helps her express and define herself within a community,” the show notes expanded.

There were second-skin pencil skirts, patent overcoats, lush angora sweaters, buckled bootees and teeny handbags that stayed close to the brand’s DNA. Many of the models wore jet-black liner, while others wore their hair backcombed into a incredible beehive hairdos – a little bit Pam Hogg, a little bit Ronnie Spector. Stand-out looks included patent coats that came in a manner of different glossy shades, plus pointy, patent Mary Janes (some that revealed white fluffy socks worn underneath).

“The Miu Miu collections have always explored the language of a very peculiar femininity,” explained the show notes. The story goes that as a young PhD student Miuccia Prada joined the Communist Party and would regularly picket dressed in Yves Saint Laurent couture – this intuitive, unconventional and somewhat contrary attitude surges throughout.