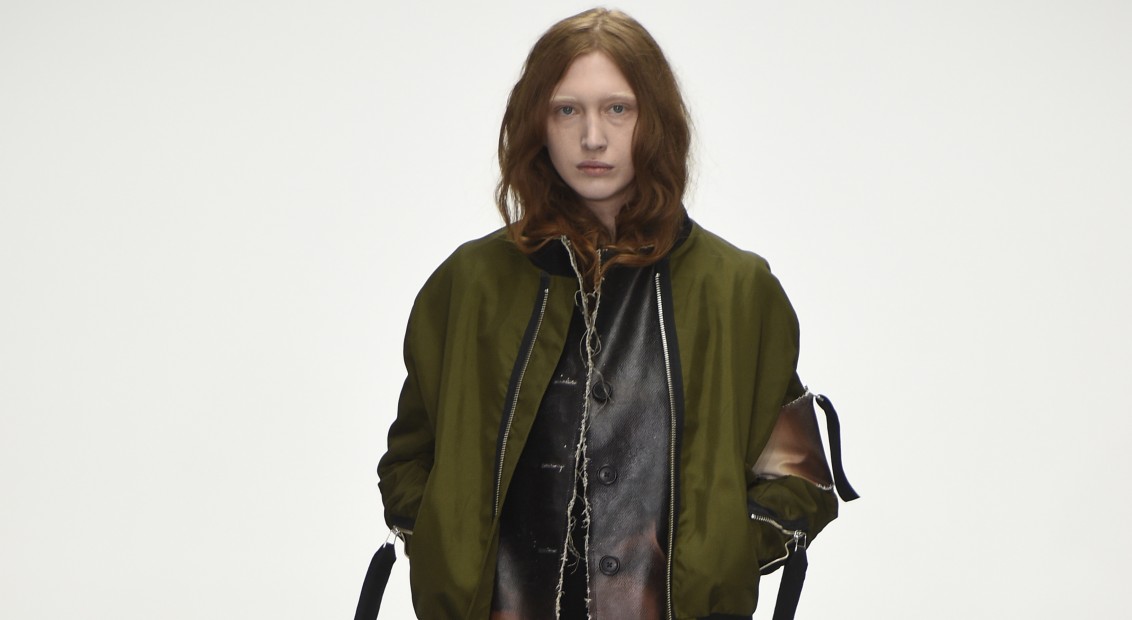 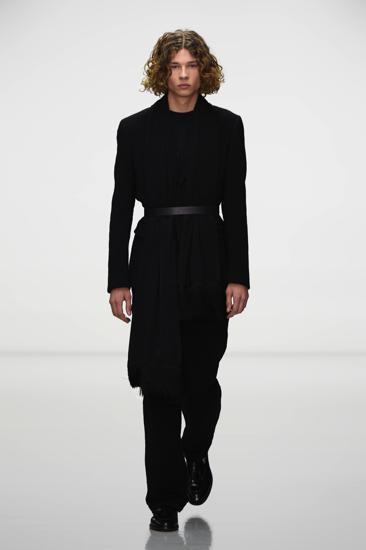 Miller is known for syphoning societal awareness into his concepts. From sharp-tongued observations of the human condition to forward-thinking behavioural musings, Miller’s ideas add compelling depth to his design. Last season he focused on the restrictions of social freedom and movement. This time: the ‘nouveau riche’, a stratum whose ‘new money’ has been earned, rather than through familial inheritance, and thus allowing upward social mobility. Usually it’s a term used pejoratively – but he’s reclaimed it. “This generation is filthy rich,” Miller stated, “but instead of wealth, their vulgarity comes from cultural capital they’ve pillaged from previous eras.”

Embodying that statement came in the form of something dexterous: hand-painted scenes from Carravagio’s David and Goliath from 1599. Oil was painted onto canvases, which were pattern-cut and made into garments from three-quarter-length coats and tops. Interjecting these throughout – styled with khaki-green bombers overlaying Goliath coats, and David tops under stone-grey, notched-collared suit jackets – helped supplement Miller’s creative wealth stored in the vacuum-black, thick-ribbed nylon trousers, coats, jackets and tops. Garb that’s worth a gander – and even better that it’s got something to say.