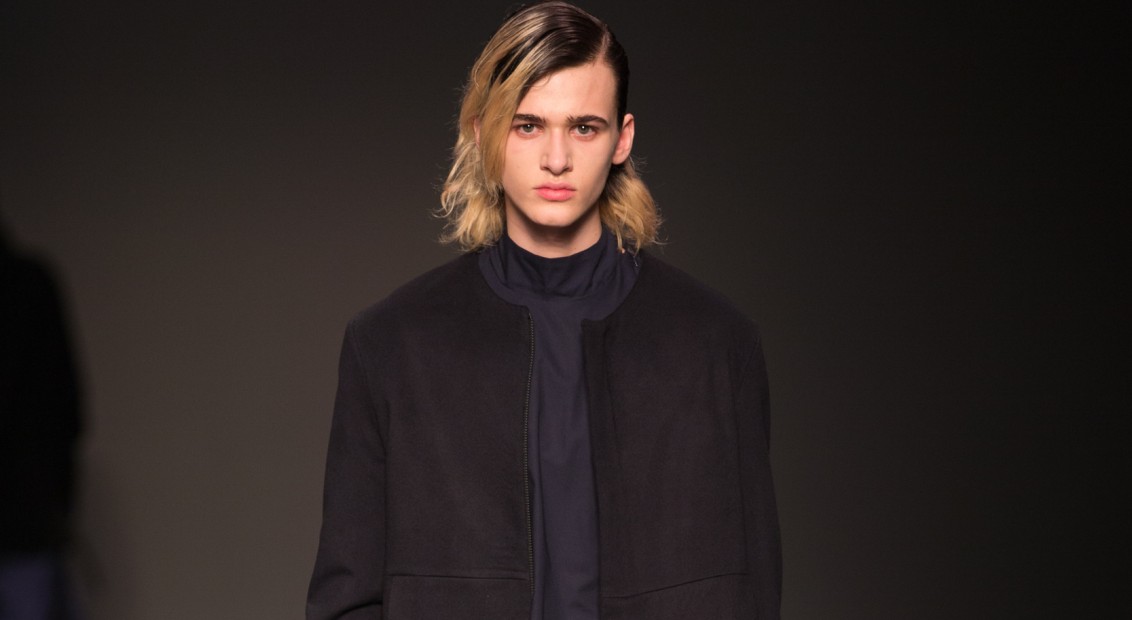 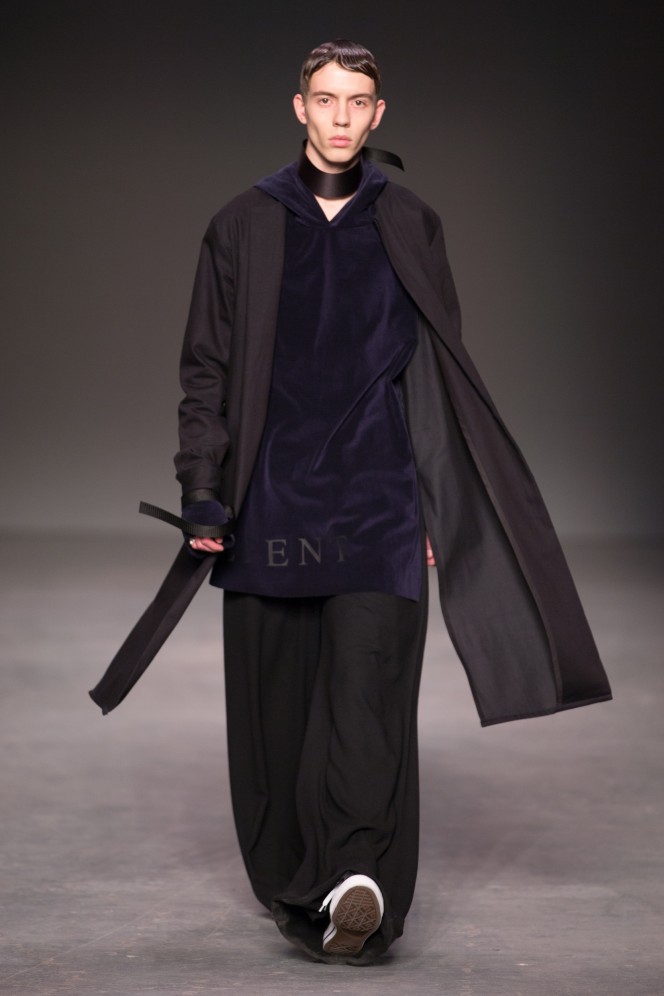 After his MA Rory Parnell-Mooney was awarded MAN support for FW15 and SS16, and now again for FW16 after swathes of critical acclaim came in thick and fast for his ecclesiastical protestors.

Ritualism and the church pair oxymoronically with his subtle but defiant vibe and obsession with youthful defiance.

Fine-silk, long-sleeved shirts flowed conspicuously above and under jackets and tops, creating a layered dichotomy that softened the strong, colour palette of black, navy and white – colours consistent with Mooney’s aesthetic.

“It’s like an angry teenager in a Catholic school,” Mooney stated, “angry and reeling against a system that tells him how to dress and act.” The daily struggle.