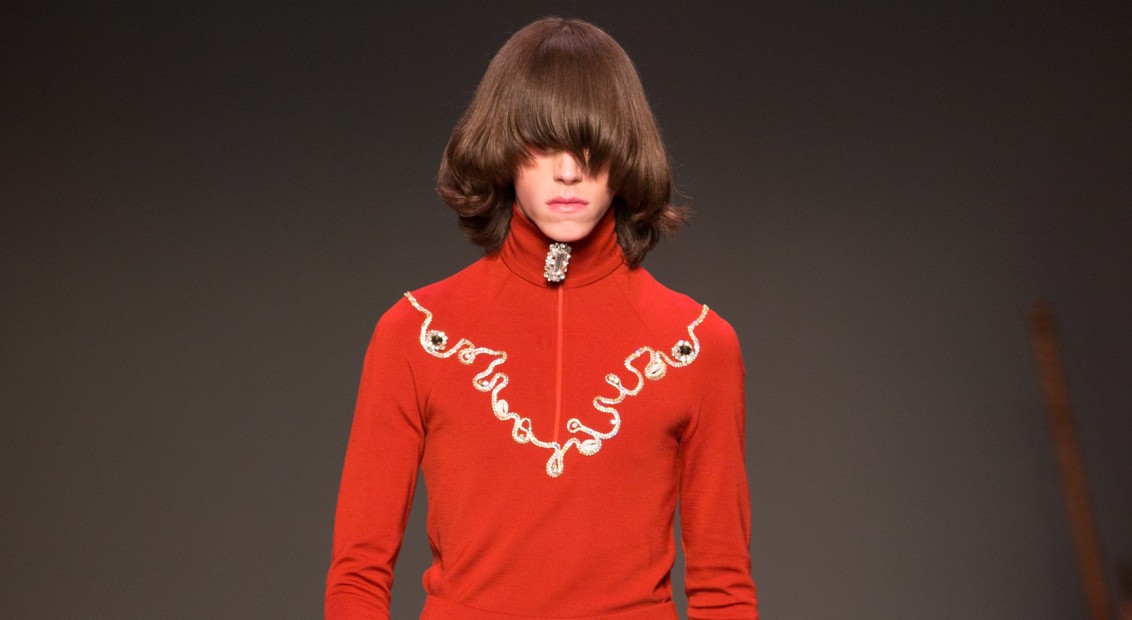 A Nod to tradition 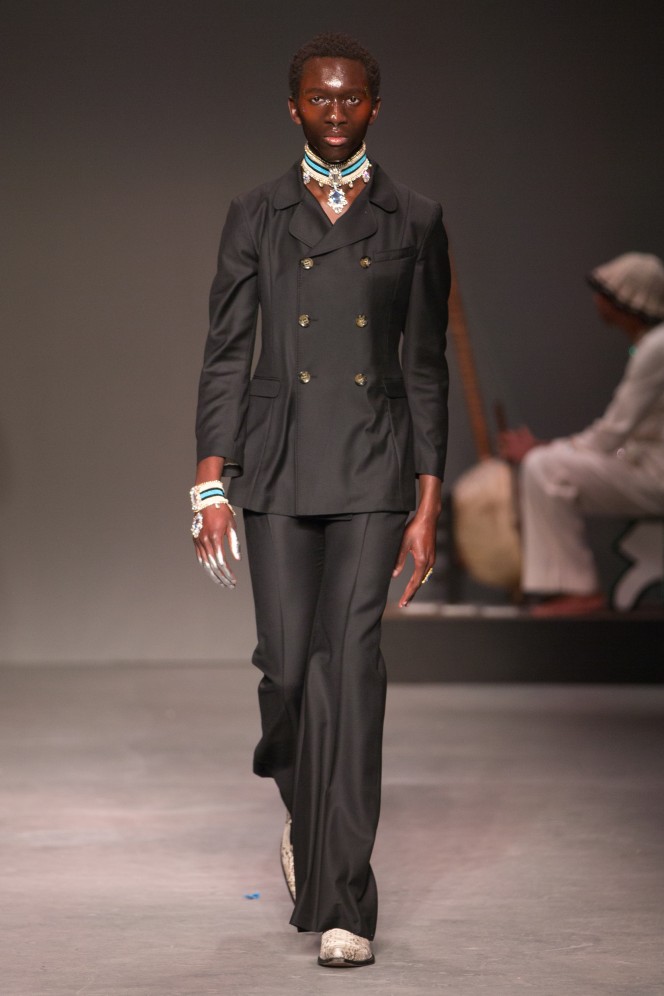 Keeping track of Grace Wales Bonner’s collections you can see a common thread: in-depth, informed, historical sources. Bonner’s vision is consistent, and here we saw her take it to the next level with an elevated collection informed by thoughtful cultural and social reference. Last season’s presentation was a throwback to 16th-century India, this season her MAN debut looked towards black spirituality, via soul-lifting harmonies that were employed by slaves in the United States.

Starting the show was Tune Jegede, a Nigerian-Irish composer, playing the West African 21-string harp as soundtrack. As each model emerged they bowed to the musician before walking forward, symbolising both respect for tradition and a nod to the future.

Tailoring was predominant throughout while flamboyant flares puddled at the boots. Suede coats and velvet suits interjected sporadically, keeping the concept alive, while accessories embellished with Swarovski crystals and cowrie shells showed that jewellery ain’t just for the girls – considered gender fluidity at work. Flowing silk shirts and tight crotches and trouser cuts extended on notions of sex and sexuality.