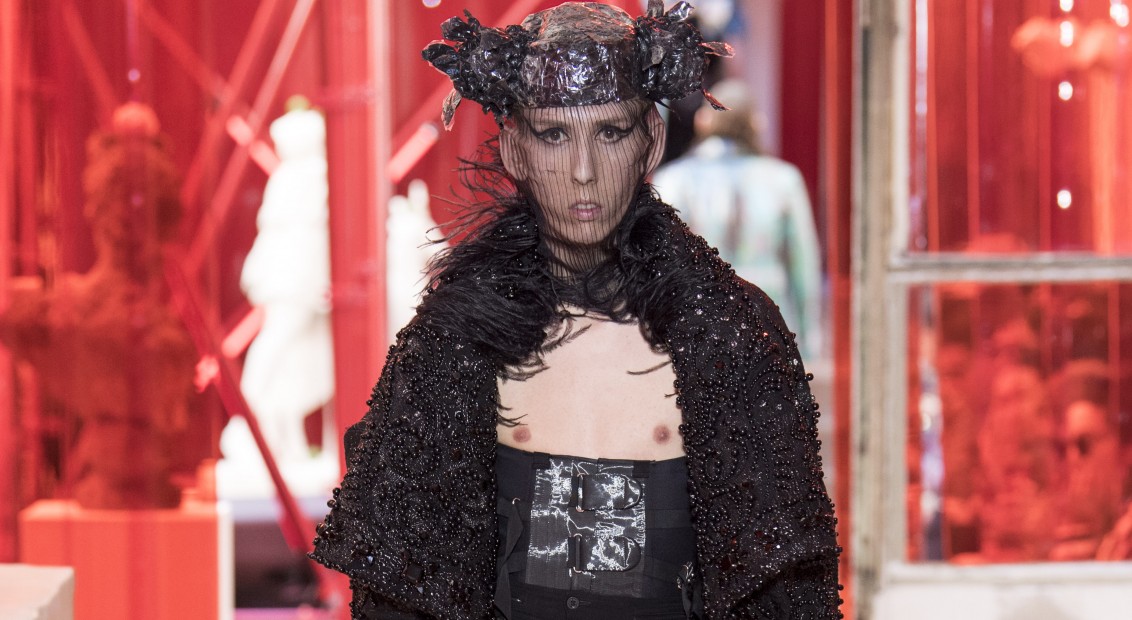 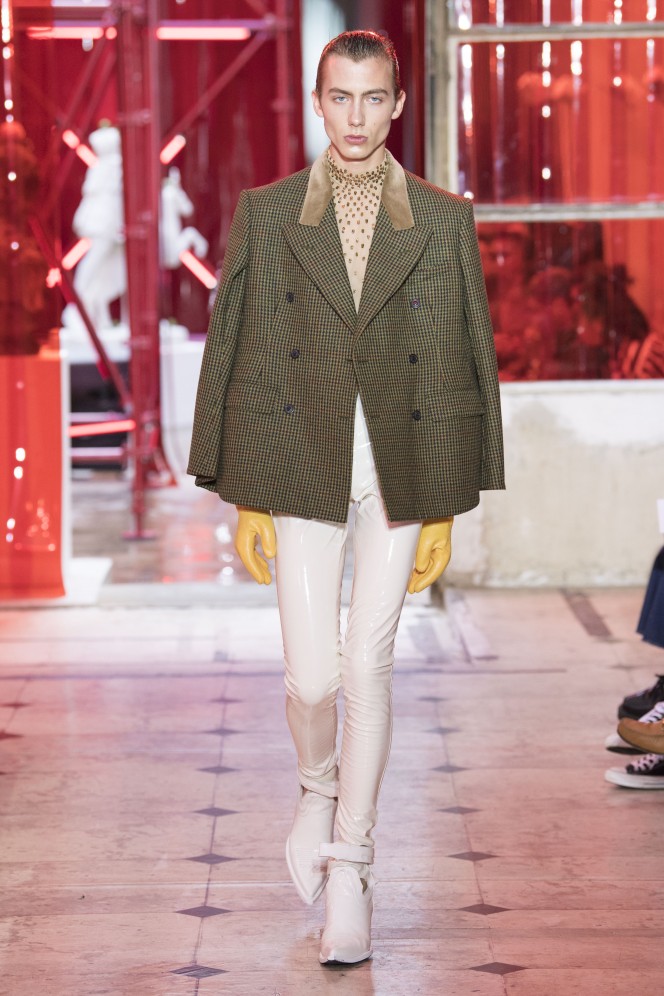 In typical John Galliano fashion, Maison Margiela’s creative director decided to volte-face the current menswear climate and forgo streetwear in favour of offering his first artisanal collection for men for SS19. “I just got so excited with the changing landscape of menswear and the new energy that’s coming in at different houses… I thought that it’d be a really good time for me to focus on artisanal for man, because it’s something I believe in, and to take this season to do it.” Said the designer in a newly launched podcast series from the brand, The Memory of… With John Galliano, which aims to provide insight into his creative process.

The show space played host to the work of American artist Tony Matteli. From his Garden series, four deconstructed concrete sculptures stood or lay horizontal covered in what appeared to be perishable pieces of fruit but were actually structures cast out of bronze. His creations were to serve as the ideal precursor to set the tone for the unveiling of Galliano’s debut line. “The resonances between the designer and artist are revealed in the way that each employs deconstruction, juxtaposition and trompe l’œil to provocative effect,” read the brand’s Instagram post explaining Matteli’s contribution.

The concept of contradiction indeed permeated Galliano’s vision, as traditional kimono silhouettes circa the 18th century were re-envisioned and remixed with skintight vinyl trousers. The collection also blurred the line between traditionally masculine and feminine design tropes: borrowing fabrics such as silk, bouclé and organza from his womenswear line, his male models stepped out in translucent split-hem trousers, embellished high-neck tops and utilitarian-look corsets worn with flares. Of particular note were the bias-cut suits – a signature Galliano design element – made from Satin-back crêpe and tweed which hung delicately from the body. A mere taster of what’s to come, the fashion world will undoubtedly look on in anticipation for the rest of his menswear looks to be unveiled alongside his womenswear offering in September. 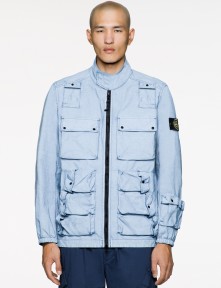 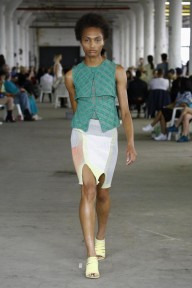 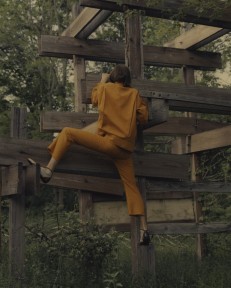 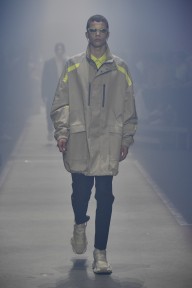 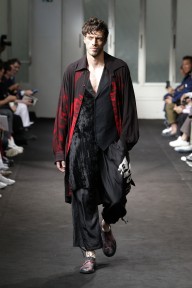 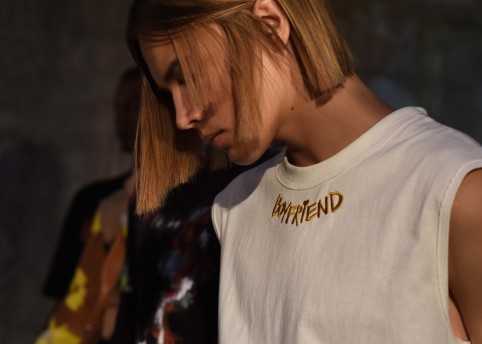 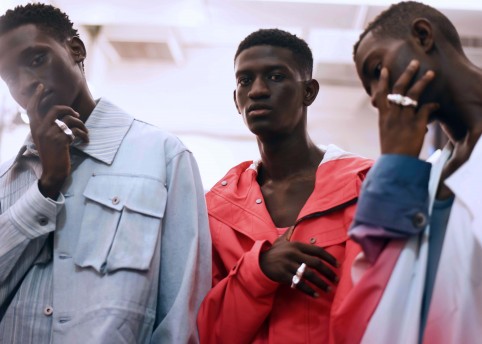 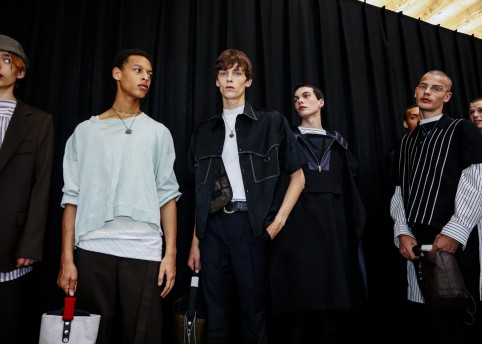 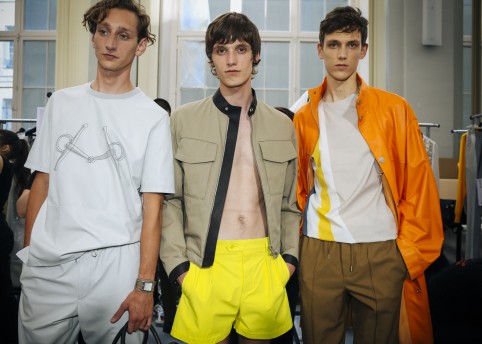 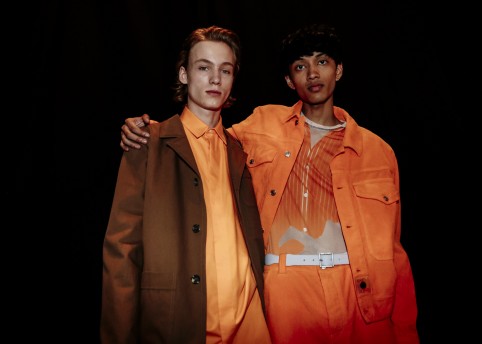