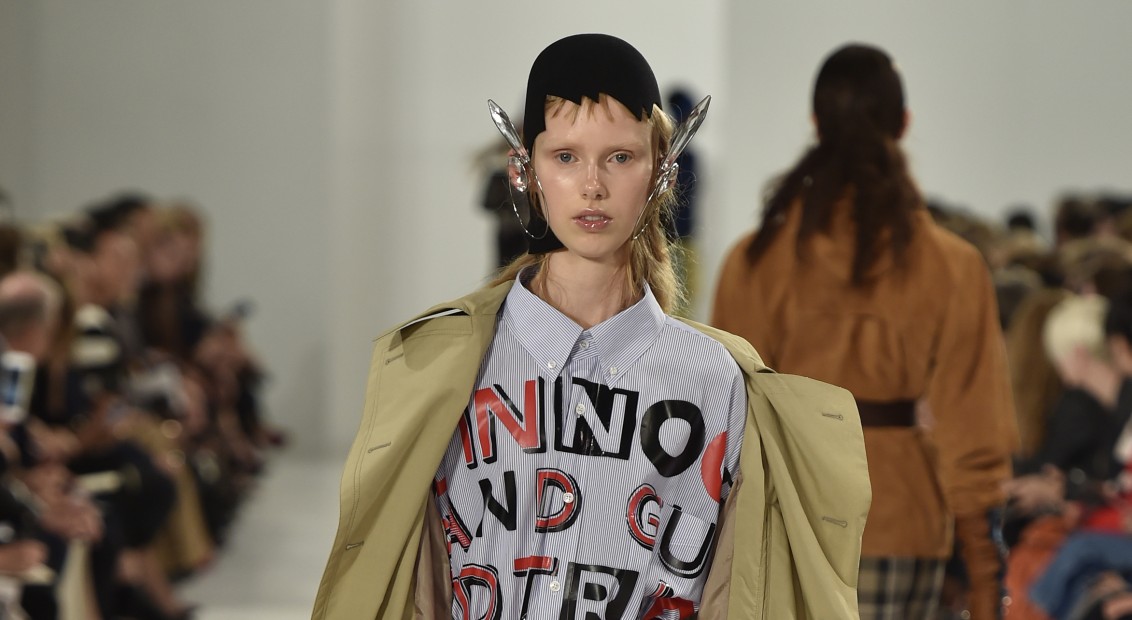 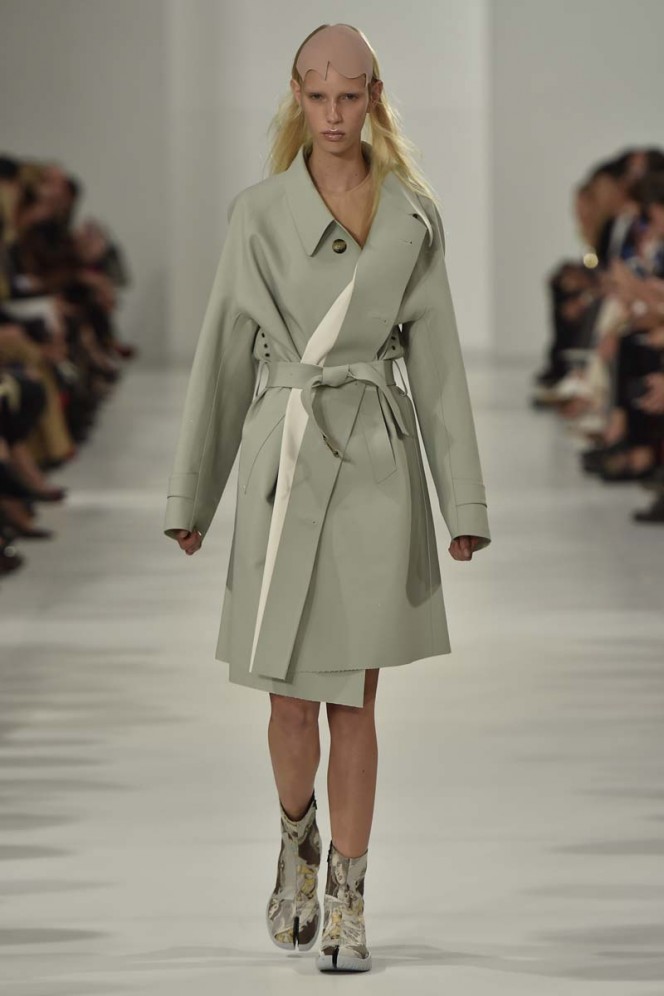 Minimal invites and the white lab coats of the Margiela team did little to suggest the futurist creatures of Atlantis which Galliano would create for his SS17 show. Presented at the Grand Palais, the setting was predictably chic – certainly not understated, given the grandeur and history of the 8th arrondissement, yet the pristine monochrome runway certainly gave room for the clothes to speak for themselves.

The first few looks drew on a muted colour palette and demonstrated Galliano’s grasp of the house’s traditional deconstructive elements, with a trench coat transformed into a dress, its collar resting at the waist. The designer riffed on other Margiela staples, such as a recurring neoprene take on the signature ‘Tabi’ boot. Alongside electronic headpieces and a pulsating soundtrack, the aquatic and futurist elements were amplified with each look, painting an evocative and otherworldly silhouette.

A focus on the future isn’t necessarily new for Galliano’s Margiela – the opening look in his previous Spring collection was accompanied by an oversized metallic-green beehive – but this season firmly placed the label as ever-relevant and innovative, with an eye on future technology and the evolution of the modern woman.