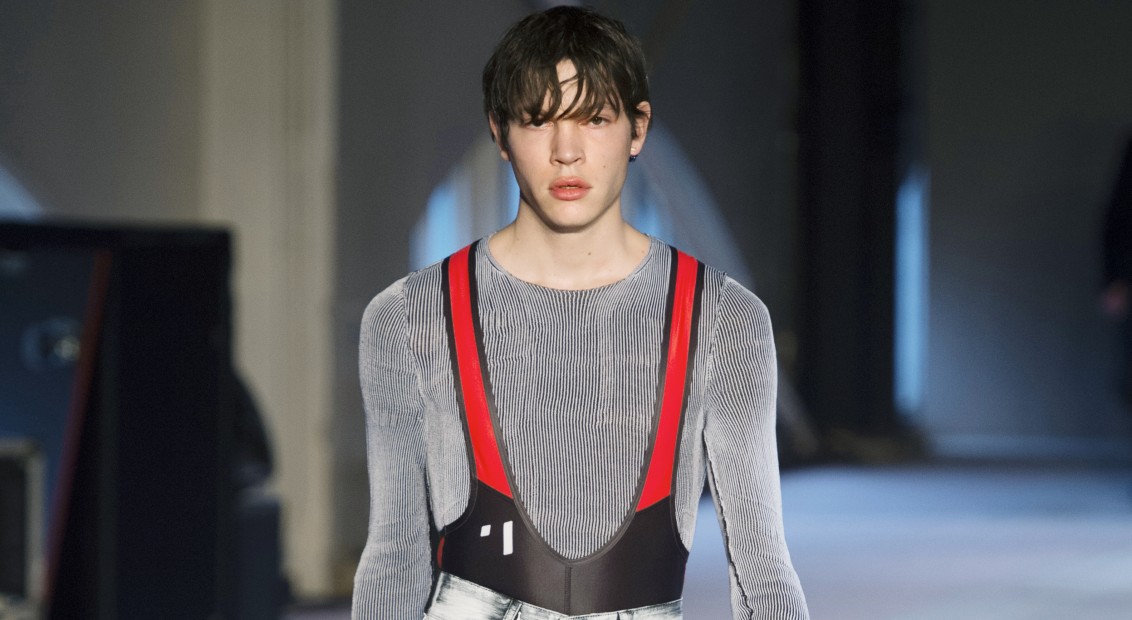 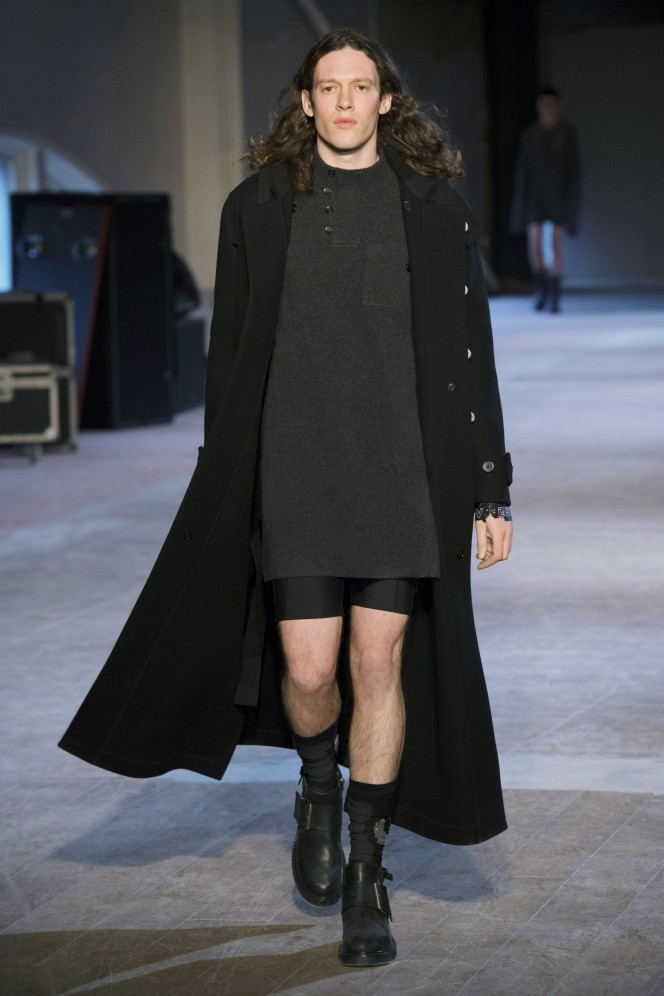 The interplay of masculine and feminine forms built an enigma around Maison Margiela for FW16 – the season was played out as a conceptual debate between humanity and the machine.

In the early years, the brand’s affiliation with artists such as Comme des Garçons’ Rei Kawakubo shaped Martin Margiela’s penchant for deconstruction and repurposing old materials. Innovation that helped garments maintain an authenticity beyond the designer’s intention, as wearers retained their culture, and therefore contributed to an aesthetic that spoke for itself.

With Maison Margiela, everything else is secondary to the clothes. With that in mind, the warehouse space fit with industrial lighting, wooden grounds and black beams was an unflawed parallel to this season’s energy. Although dropping the middle ‘M’ some years ago, the now ghost letter could just as easily act as a code for the label’s mysterious quality. The anonymity around MM’s design contributes this furtive feel, taking the fashion house back to its beginnings with raw, youthful and raging composition. MM’s seal was stamped all over exposed tailoring (with seams on show), draped, oversized proportions, and clean minimalism. A mostly monochrome palette with flashes of neon, fluorescent coral, blue and yellow sported in clin d’oeil patterns put a spin on that sport-meets-street style. Punk was propelled in long, exaggerated loose-knit sweaters, black cycling shorts and Lycra high-neck t-shirts with belted, wideband material at the waist.

Heavy, mid-length leather biker coats with padding around the collarbone were contrasted by a softer take on outerwear in tailored blazers with exposed piping, and long, sleeveless duffle coats with multiple slits. Un-tucked shirts, hessian pants and denim patchwork created a grunge silhouette complete with bulky workwear boots. Draped in the past, wearing the future, MM went back to its roots and proved its always been ahead of the game.