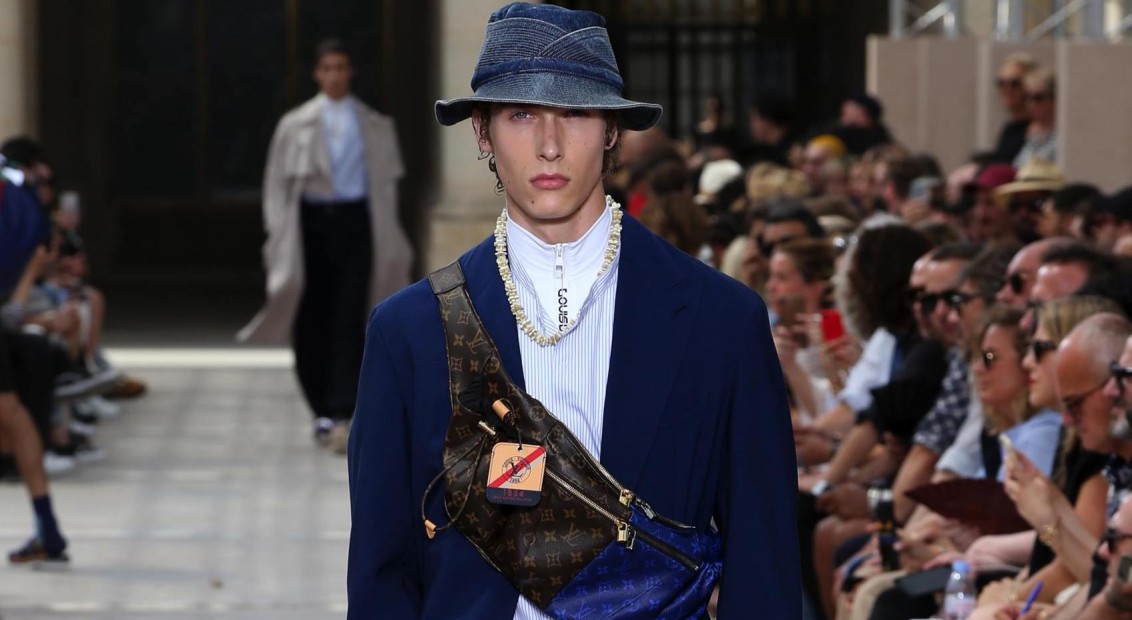 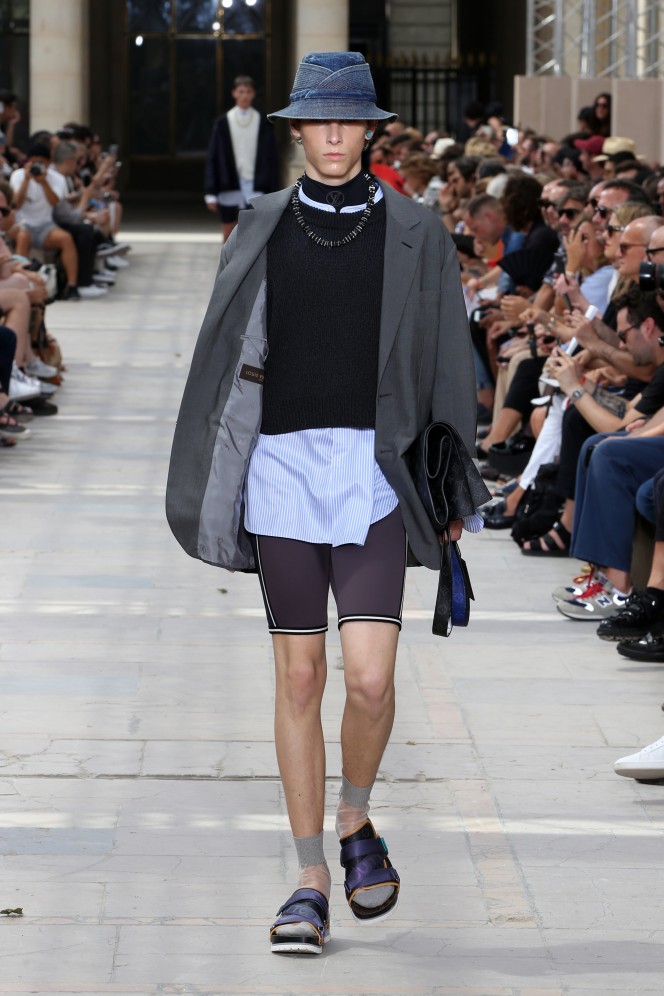 “Someone gave me the book ‘Atlas of Remote Islands: Fifty Islands I Have Not Visited and Never Will’. And I realised I’d been to about all of them!” Kim Jones said at the beginning of the show’s notes. If you know anything about the designer and his obsession with travelling, this will come as little surprise.

“I thought of specific islands – New Zealand, Easter Island, and especially Hawaii – but I was also inspired by the idea of an island, and of travel,” Jones continues. “Of moving easily from place to place, and experiencing these different pockets of civilisation, these different identities simultaneously.”

With Brexit negotiations having begun this week, the idea of island mentality may very well have negative connotations for those against the decision for Great Britain to leave the EU. However, here Jones was looking further afield and celebrating the diverse cultures he’d experienced whilst island hopping across the world.

And Paris’ current heat wave (we’re talking face melting highs of 37C) proved the ideal climate for this summer-break collection. Does Louis Vuitton’s influence span as far as Mother Nature herself? Perhaps not. But it does span as far as music’s biggest names; proved by the show soundtrack, an original track by Drake inspired by the collection, titled Signs.

The pulsing beat of Drake’s new track will no doubt be the soundtrack to many gap year students’ travels and, transporting us to the tropics, Jones provided a wardrobe to match. Cue Aloha shirts with sheer outer layers that glimmered like a tropical ocean, sandals, puka shell necklaces (a la David Cassidy circa 1970s) and bucket hats perfect for preventing that standard Brit-abroad issue; burnt bonce.

But the Louis Vuitton man isn’t the sort to sit sunbathing all day. Jones’ fascination with sportswear is well documented – look no further than his recent collaboration with Nike – and here it was realised via neoprene scuba tops and shorts transformed in bonded leather, technical outdoor pieces inspired by trekking through island terrains, and the sort of spandex sportswear you’ll see on everyone from surfers to joggers.

Tailoring came in two shades of mohair, as if sliced down the middle and sewn back together, whilst suits were crafted to hug the body, creating ‘kinetic’ quality (as Jones called it) that replicates sportswear and moves in tune with the wearer. And even the iconic Louis Vuitton monogram got the island treatment, re-imagined as a surf logo in rad new font and lettering.

Elevating subcultures to a luxury platform is what Jones does so brilliantly – you only need to think back to last season’s Supreme collection for evidence of this – here he took surf culture and raised the game. Here was the Louis Vuitton designer’s homage to his adventures and the people he has met whilst travelling, this was his way of sharing his experiences with us – some make scrapbooks, Jones makes exquisite collections. Buzz Aldrin once said: “The beauty of Hawaii probably surpasses other places.” And this from a man who has been to the moon.