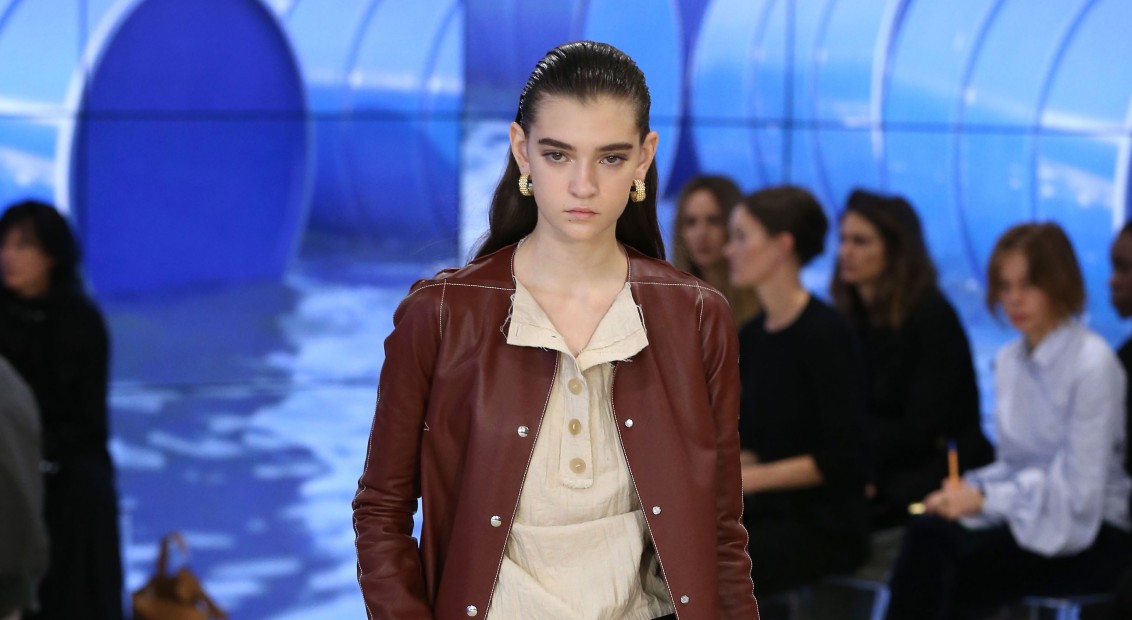 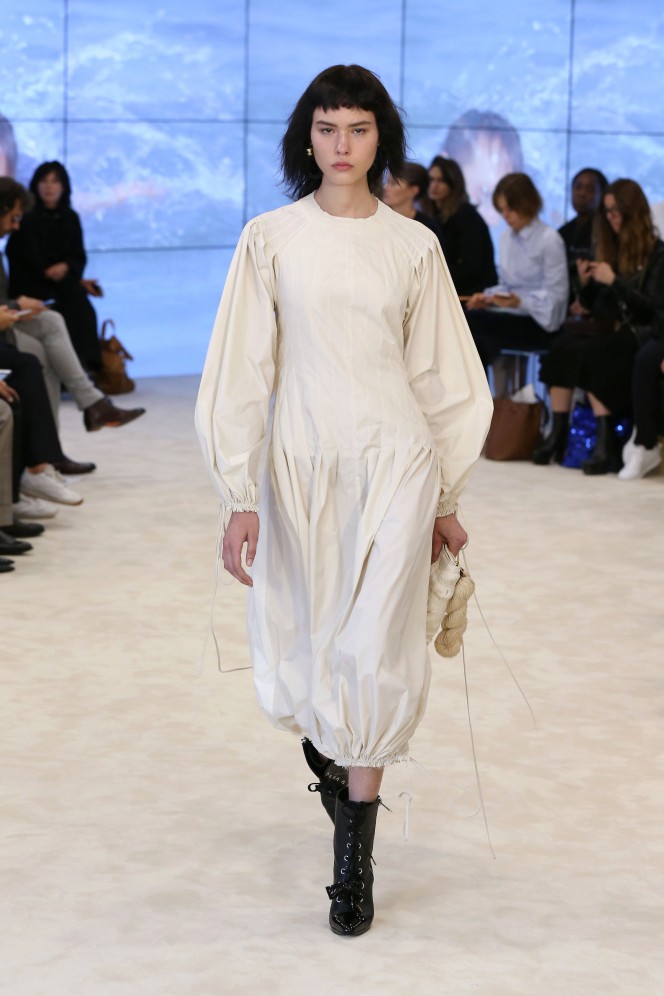 Jonathan Anderson knows what the people want. In his three-year tenure at Loewe he has turned the Spanish luxury company into a fashion powerhouse. Just take his newly designed puzzle bag, which has become a modern Loewe icon praised for its cuboid shape and practical sense – it can be worn in five different ways. Anderson succeeds in practical luxury and for SS17 he altered our perceived concept of it again.

In a show space filled with conceptual objects like ceramics, lamps and furniture, guests sat on modern and stone based cubes. The room provided a modern stage for Anderson to present a rich show that was reminiscent of a summer past.

These SS17 looks were of a familiar Loewe aesthetic with an added sense of workmanship and hardiness to them: patchwork dresses; square leather double waist belts and silver arm cuffs. Anderson combined these with some of his most feminine pieces to date: Victoriana dresses with lace and ruffles of dramatic proportions; balloon blouses and elegant fringing. Anderson’s knack for childhood and teen nostalgia was realised via cloud printed bag that resembled the cartoon sky in Disney’s Toy Story.

The masculine and industrial elements of these summer looks resided in the three dimensional bags, ceramic jewellery and the woven stitching of dresses.  The collection felt like a modern ode to earth, fuelled by Anderson’s fearless sense of experimenting with what he sees around him.