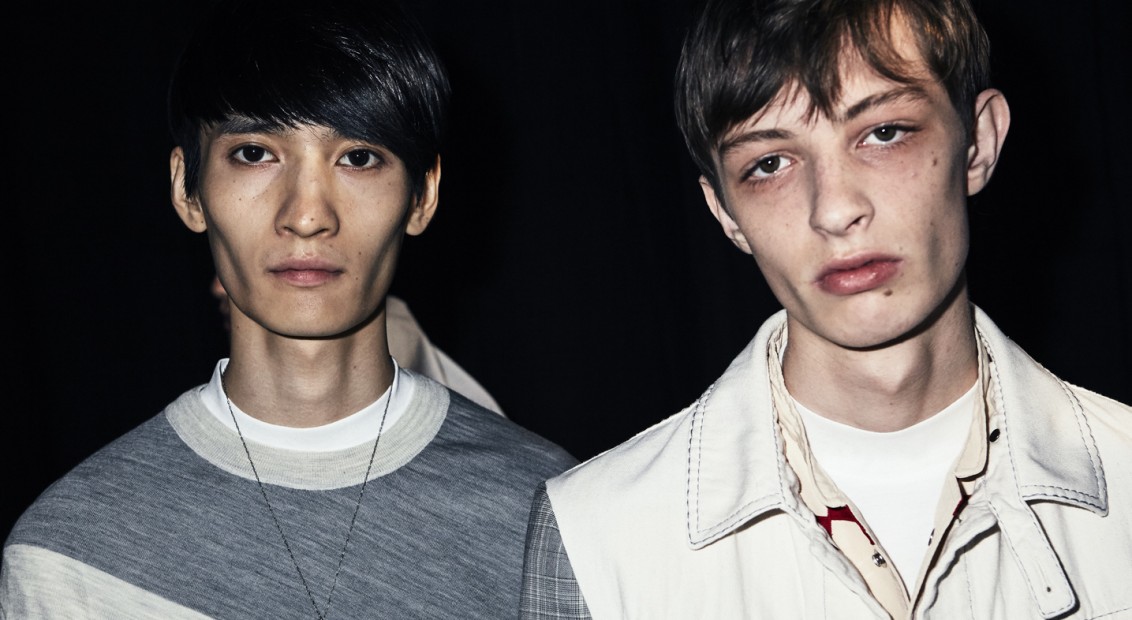 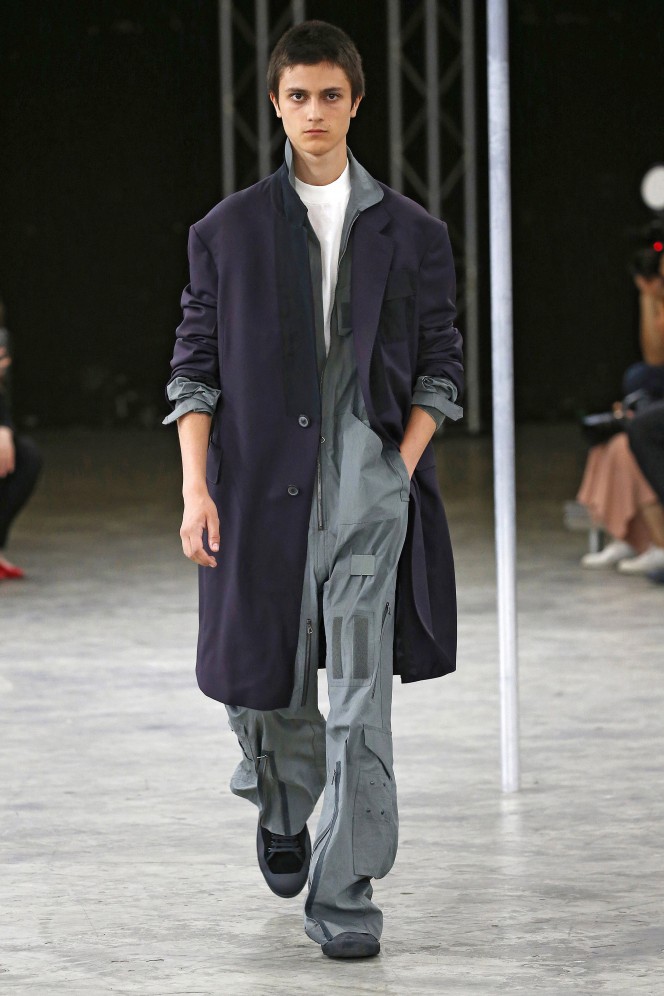 “Normally, I try to fight trends and try other things but the only answer to the question in the end was to accept this movement and use it positively to continue moving forward.” said Lucas Ossendrijver in this season’s Lanvin show notes. What this resulted in was a mix and match of the juvenile and refined.

References to military wear and workwear shone through, and these were applied in good measure to slouchy but sharp tailoring. The mashup continued with key pieces such as a vintage racing jacket with prince of wales check tailored arms,  easy throw-on-and-go trousers, but with the crispest of pleats; and Air Force flight suits trousers were made into a wearable, hardwearing, everyday piece. “This gave meaning to the notion of zapping from one thing to the next and combining opposing elements to see what could happen.”

For the finale, models zipped past one another in seemingly random patterns. “Organised chaos”, Ossendrijver called it. We’d call it a visual rush, and we’re keen for more.