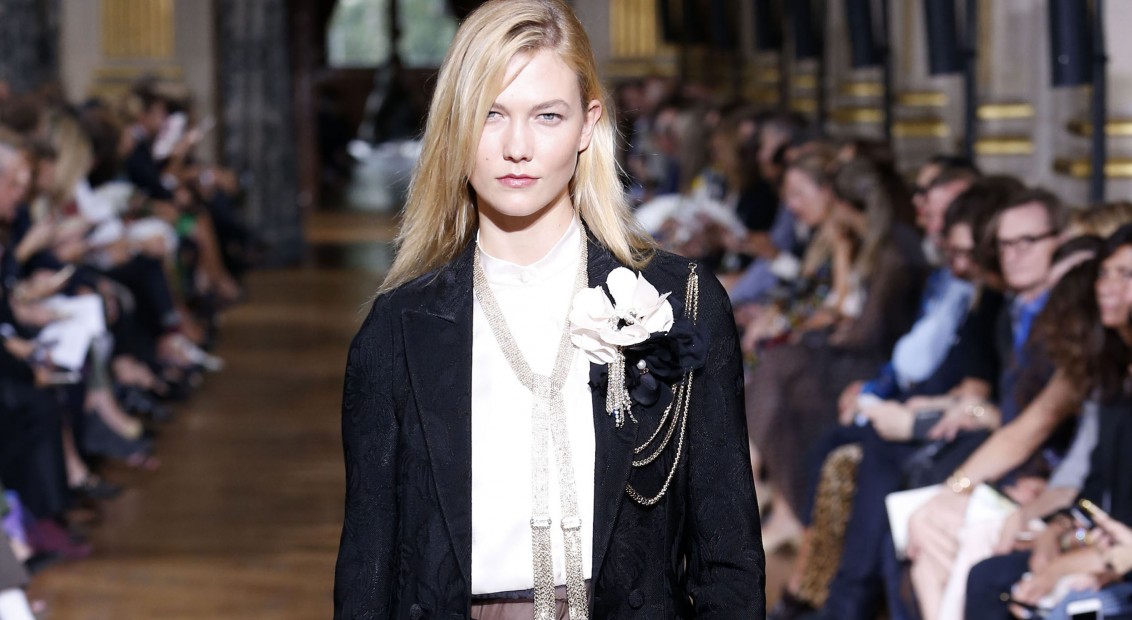 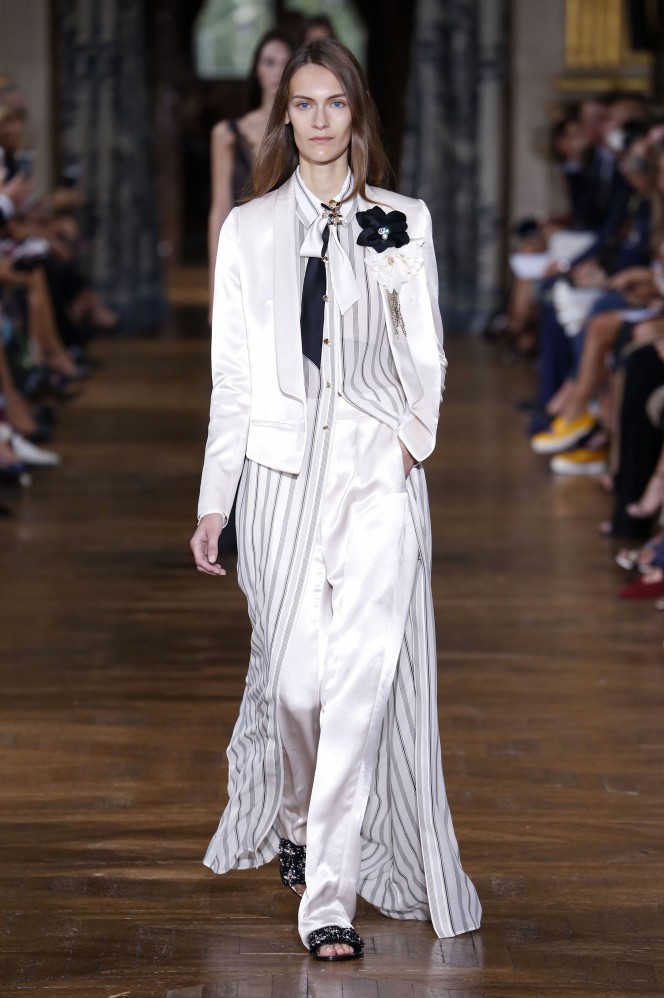 Lanvin SS17 was the first ready-to-wear show by new artistic director Bouchra Jarrar, who was appointed in March of this year after Alber Elbaz’s exit last October. After Jarrar’s time at Christian Lacroix and earning the Haute Couture appellation in 2013, the industry expected a harmonious return to Lanvin’s French couture roots. Affirming this assumption, the show was held at Paris’ imposing Hotel de Ville and it asserted both Jarrar’s and Lanvin’s most adored components.

The show was a return to romanticism and sensuality. Jackets were embellished with feathers, shoes with beads, tops with floral brooches and shirts with chained jewellery. Complete with the rigour of Jarrar’s fine tailoring, evident in her cut into triangular skirts and layered robes.

Lanvin has always had a sense of intimacy, their woman is dressed for love – a love of herself and/or another. Whichever it is, Jarrar will have their back.