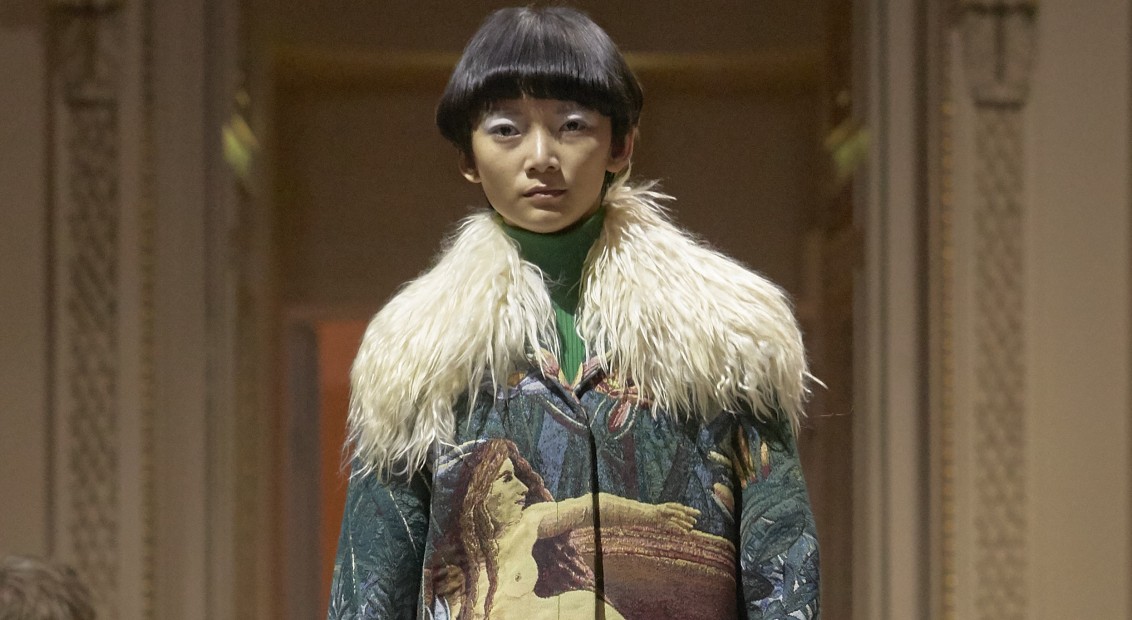 It's a jungle out there 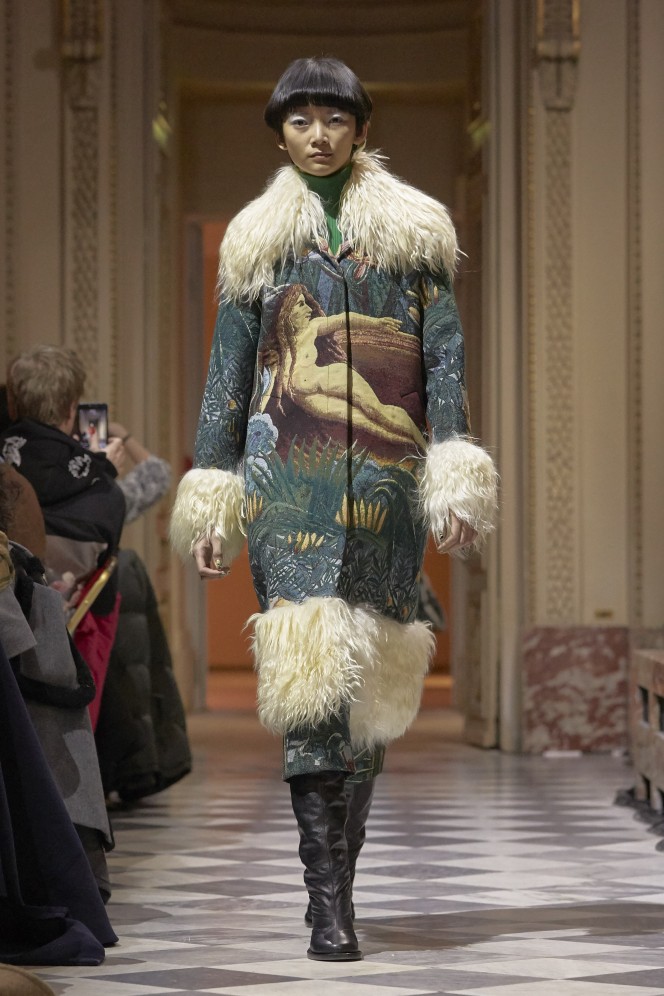 Almost fifty years ago, Kenzo Takada founded his eponymous brand which began as a boutique in Paris’s Galerie Vivienne. However, Kenzo wasn’t initially destined to be a namesake. Originally, the label was dubbed ‘Jungle Jap’: a title inspired by French artist Henri Rousseau’s painting ‘The Dream’.

For the brand’s FW18 Kenzo La Collection Memento collection – a special capsule inspired by the label’s archives – Humberto Leon and Carol Lim returned to its roots by both paying homage to Rousseau’s colour-rich creation and delving into the brand’s extensive archive. The artist’s wildlife painting became the starting point for cropped jackets and relaxed-fit trousers made from a tapestry-style jacquard embroidered with a jungle scene complete with that iconic tiger.

Scarves plucked from the brand’s history inspired the colours for the fluorescent knitwear that featured heavily throughout the collection – emergency-orange polo-necks and pastel-blue cable knit hoodies offered standout snugness. There was also a definitive 70s vibe to the range – flowing mid-length skirts were paired with slouched boots while male models sported their gallery-inspired knits with wide-leg corduroy trousers. Artistic and beautifully crafted, this collection was proof that a tiger needn’t change its stripes.