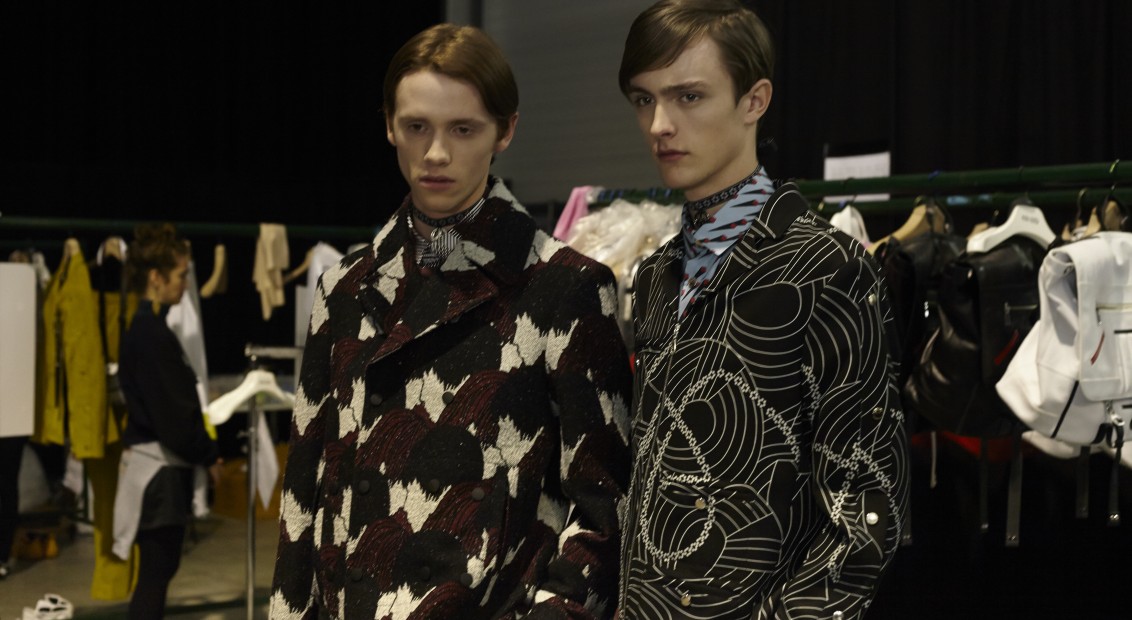 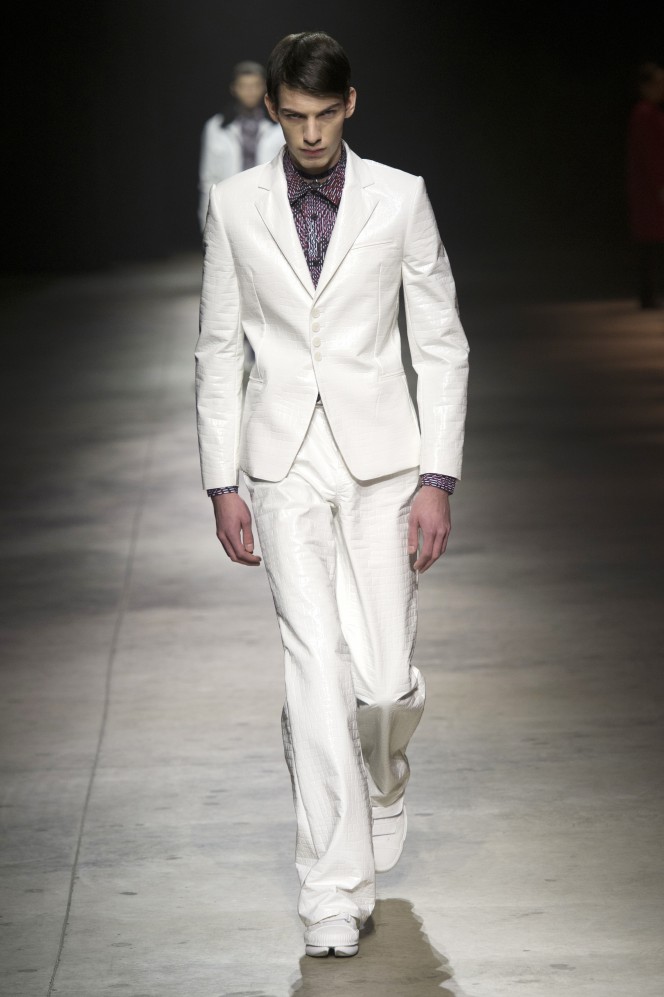 Lim and Leon’s perspective of Japanese culture is comprehensive, explaining in their show notes that they “love the food, language, architecture and especially its people’s capacity to live for the future whilst always respecting the past.”

Here the duo were focused on music and its transcendent capacity to pervade sentiment and connection between musicians and their followers for decades. Fittingly the pair used a cover of Janet Jackson’s Rhythm Nation by Oneohtrix Point Never with vocals by Thomas Roussel. Specially commissioned by KENZO the music highlights the twosome’s appreciation for artistic exactitude.

Laquered mock croc was a key fabrication throughout, appearing in white, baby blue and a crimson red. And the ‘togetherness’ brought by music is represented in every detail, take the coat and jacket buttons, for instance, each one featured a little ‘peace’ sign, whilst knits were ruched together. ‘KENZO’ branding was more fanciful than hard-hitting this season, printed in a calligraphic style – “a nod to the house’s founder, Kenzo Takada” – in strong blacks, pinks and blues. Prints were typically idiosyncratic and psychedelic in a gamut of tones with one looking as if two people were ‘avin a snog and spreading the love. 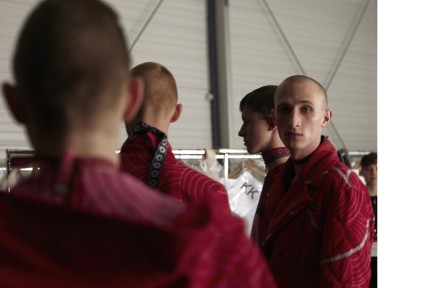