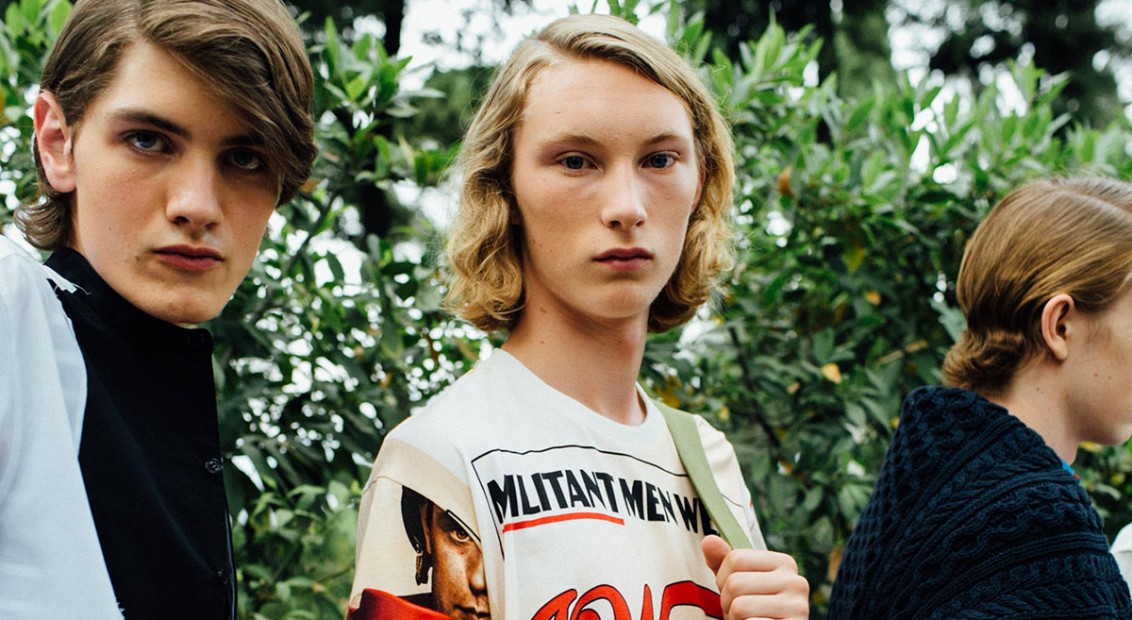 2017 marks a big year for designer Jonathan Anderson; it’s the tenth anniversary of his eponymous brand. And what better way to mark the occasion than by relocating his menswear show to Florence, showing as guest designer at Italian trade fair Pitti Uomo.

At the lavish Villa La Pietra – the former home of the writer Harold Acton, and a regular haunt for Vita Sackville-West and Henry Moore – Anderson seated guests on branded white pillows upon the garden floor, presenting his SS18 collection al fresco against the Tuscan sunset.

With Anderson’s penchant for the arts, one might have put two and two together and predicted a conceptual collection influenced by Florence’s label as the cultural epicentre for Early Italian Renaissance art. However, with this London-based designer, the maths aren’t ever that straightforward. Here, Anderson had his coordinates set around 5,000 miles west of Florence, taking reference from America’s unique history.

With America’s current political and social climate being put through its paces, many designers – from Raf Simons to Kim Jones – have looked to emphasise the country’s incredible cultural history. Here, Anderson did just that. Mixing these reference points with ones from his own childhood; there were wide-leg jeans based on a pair the designer has worn for years, a new J.W.Anderson motif done in the style of Coca-Cola’s iconic logo, and classic jackets – suede, leather and denim – that conjured images of on-screen American heroes, from James Dean to River Phoenix.

It all leaned towards a more casual slant. Perhaps best known for his androgynous, conceptual designs, here Anderson stripped things back, loosening silhouettes to create clean looks that were less Brit-abroad, more la dolce vita. Turned-up chinos were paired with studded flip-flops, summer trenches were worn over crisp white t-shirts and hearts were literally worn on models’ sleeves in the form of prints across leathers and knits. The collection also saw the launch of Anderson’s long-term collaboration with Converse, debuting two special designs.

James Ivory’s 1985 depiction of A Room With a View was projected onto a screen erected in the garden. The tale of a young woman finding emotional freedom on a trip to Florence; you couldn’t help but find some symbolic meaning in Anderson’s film selection. 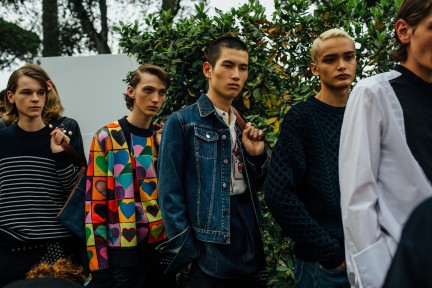