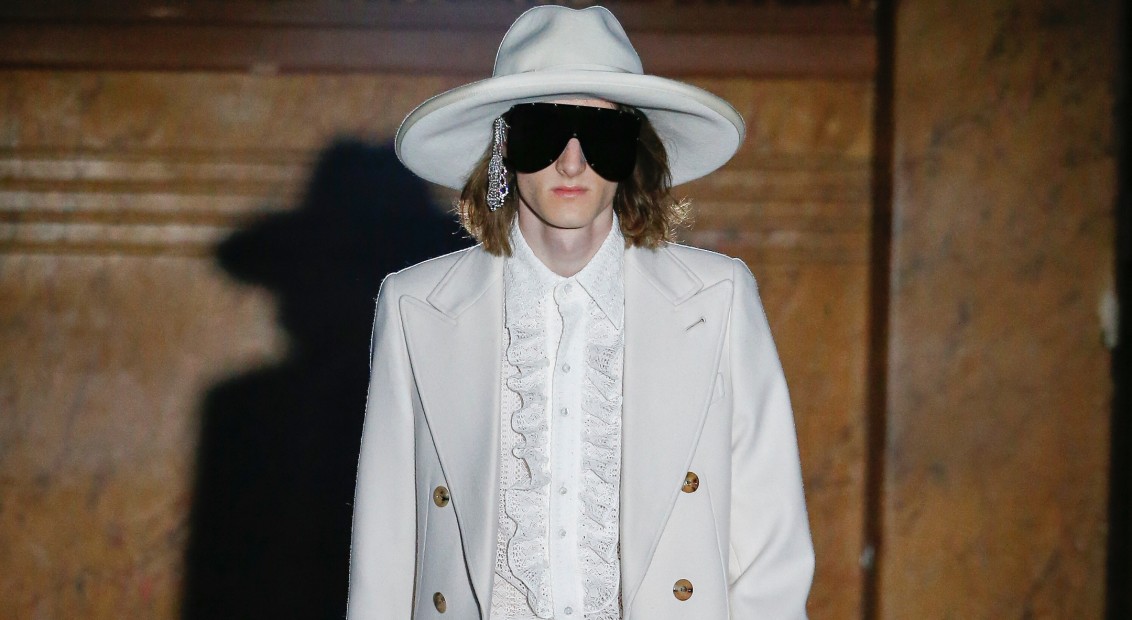 Cockatiels at the opera 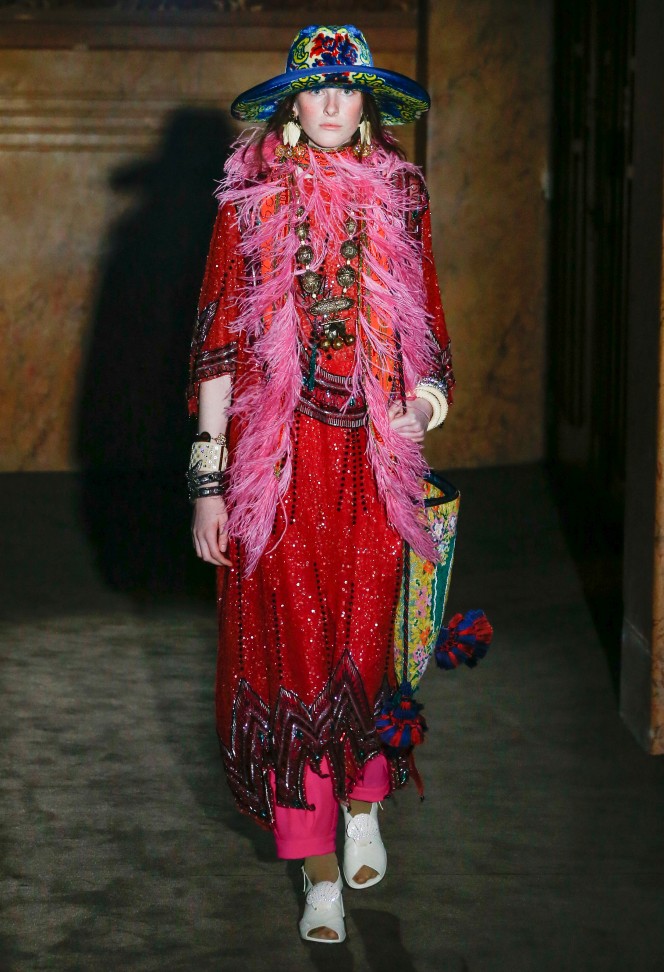 Never one to cater to the norm, this season saw Alessandro Michele relocate his Gucci show from Milan to Paris, inviting guests via a clear plastic bag of assorted flower and plant bulbs: keep somewhere safe for next Spring.

And when in the French capital, where is more suited to Michele’s vibrancy than the city’s iconic night haunt, Théâtre Le Palace. Located at 8 Rue du Faubourg-Montmartre, Le Palace was the place to be in the 70s and 80s. Hosting some of the wildest and most debaucherous parties of the era, the venue became known as Paris’ answer to Studio 54. With Edwige Belmore, “the queen of punk” working the door and a plethora of eccentric personalities inside, the appeal for Michele is clear. (“I didn’t want to do it somewhere like the Louvre”, said Michele post-show, tongue firmly in cheek.)

In tune with the venue’s histrionic heritage, Michele started proceedings with a film. Curtain’s drawn, a horror-ish short film played out featuring a model having a surreal trip in a country house – sort of Alice in Wonderland through Dario Argento’s lens. Revealed as the work of Italian duo Leo de Berardinis and Perla Peragallo, Michele cited this pioneering pair as his key source of inspiration for the season.

From the back of the theatre, behind the seated guests, models started to walk down the aisles. Appearing like a collection of movers and shakers from the venue’s boho heyday on an infinite residency, they each made their way on stage to form an eclectic ensemble. Through the blue-tinged house lights, feathers danced, Janis Joplin-inspired hats sliced and music from Verdi’s Il trovatore began to resonate around the historical building. (A little taste of Italy in Paris.)

While the show’s location marked a celebration of Paris, the collection stuck to Michele’s usual multi-cultural spectrum of dot-to-dot reference points. The US was represented via portraits of Dolly Parton across sleeveless denim jackets and sweats, rustic prairie hats and Mickey Mouse’s head reimagined as a handbag (severed human heads are so last season), rich red fan-sleeved kimono-style tops and turbans pointed towards Asian tradition, while flared tailoring, snakeskin silk trousers and face-obscuring eyewear gave more than a whiff of Britain’s sartorial peacocks (ie. David Bowie and Brian Jones).

Precisely chaotic, looks appeared like deep dives into the dressing-up box. Oversized sunglasses were paired with wide-brim hats, feather boas, tiaras and embellished earrings, ruffles rubbed up alongside sequins, faux fur, glitter, lurex and lace, and tailored suiting came layered with all of the above – and much, much more. Elsewhere several menswear looks featuring bedazzled jockstraps and Y-fronts adorned in the GG logo. It was exactly the sort of maximalist, slice-and-dice approach we’ve come to expect from Michele over the years, slicing together historical, cultural and spiritual tropes like a semiotic saboteur.

As the models gathered in lines on the stage a spotlight suddenly descended to the stalls and landed on a certain Jane Birken. In signature black and white suit, the French iconoclast began to sing a stirring performance of Baby Alone in Babylone, an 80s collaboration between Serge Gainsbourg and herself following the couple’s split. If you’ve ever had the good fortune of seeing Birken live, you’ll know how emotive this experience is. In today’s fashion world of over-cooked, ready-made cheap tricks – Birken at full voice in Le Palace is utter gourmet.

As Birkin’s serenade came to a close model Mae Lapres appeared with a live cockatiel perched on her shoulder. “We are in Paris because Paris has always been a powerful place to tell stories,” said Michele of Gucci’s Parisian jaunt, having just told his own twisting opus. 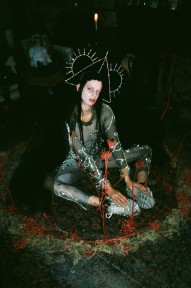 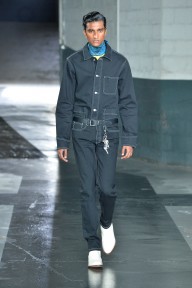 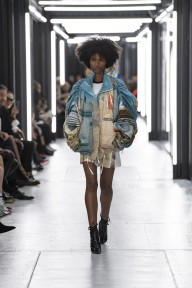 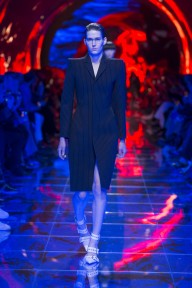 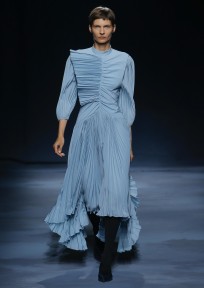 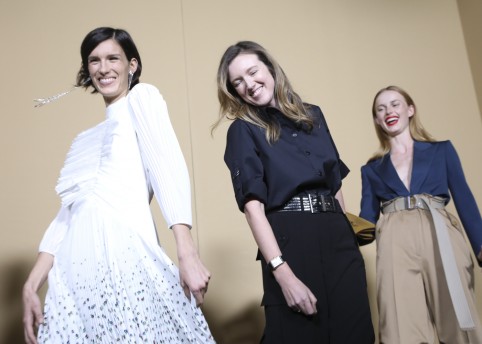 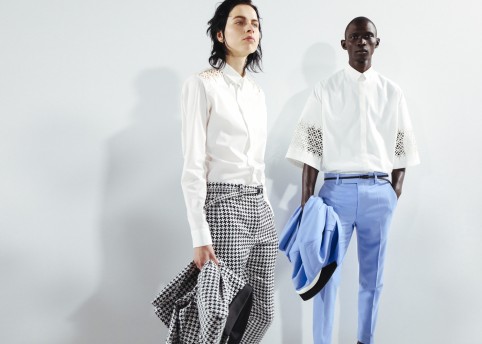 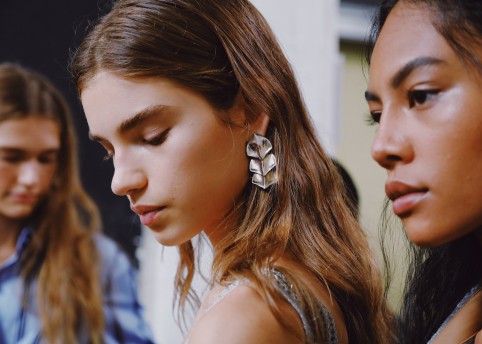 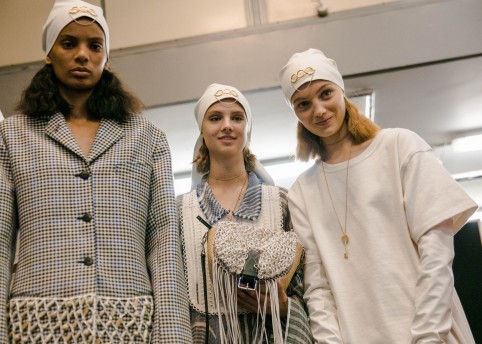