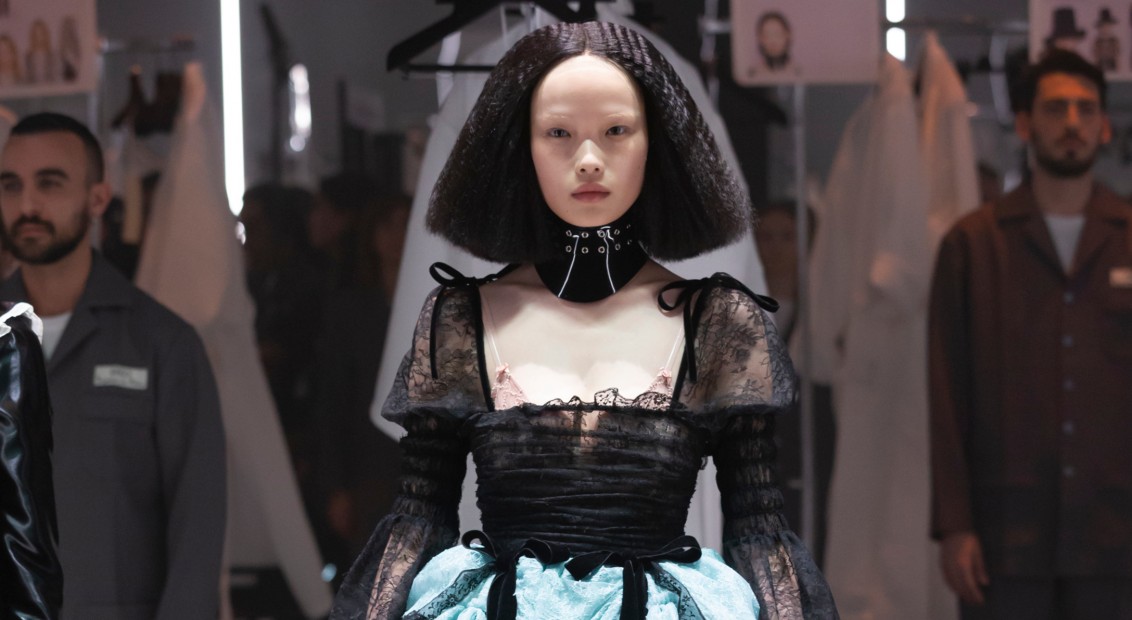 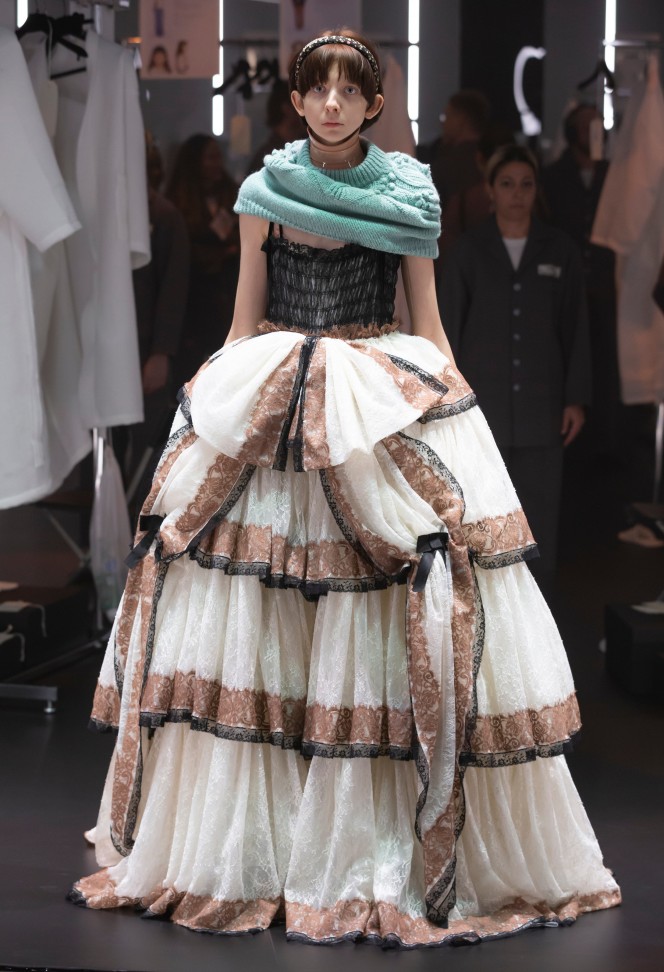 “An unrepeatable ritual.” These are the characteristically poetic words that Gucci‘s Alessandro Michele uses to describe the fashion show, a “magic event bursting with enchantment” that “suspends reality.” But of course, it takes hundreds of hours of work to pull these awe-inspiring shows together, most of which happens behind the scenes.

This time around, Michele decided to spin this on its head by allowing guests to watch the entire process, from make-up to curtain call. Guests entered the Gucci hangar through its backstage area, walking through to a revolving, octagonal carousel. Inside this softly-lit structure, models were being dressed for the show. It was a ‘breaking the fourth wall’ approach, which paid tribute to the workers we so rarely see spotlighted.

The collection itself was modelled by Michele’s charismatic cast of muses, whose outfits were an amalgamation of themes that the designer has tried and tested over the years. The nods to childhood were present in frilly, schoolgirl socks and grey sweater vests (although worn over a cobalt, pussy-bow blouse), as were nods to kink and religion in the harnesses and cross necklaces. Lolita-style ruffles were there in abundance, as were the designer’s signature jewel-toned silks.

At this point, the designer has built such a strong and varied visual blueprint that every look – no matter how different to the one that preceded it –  was recognisably Gucci. There were new experimentations in the collection: a send-up of a sailor dress, cocktail skirts with intricate, origami-style ruffles (teamed with a brown, cut-off plaid shirt) and shaggy headpieces all felt like original propositions for Michele. As for references, they were typically far-reaching – the collection drew from punk, grunge, Victoriana and, of course, bohemia. But ultimately, it felt like a Gucci Greatest Hits, as well as an homage to the invisible hands which keep the magic coming.