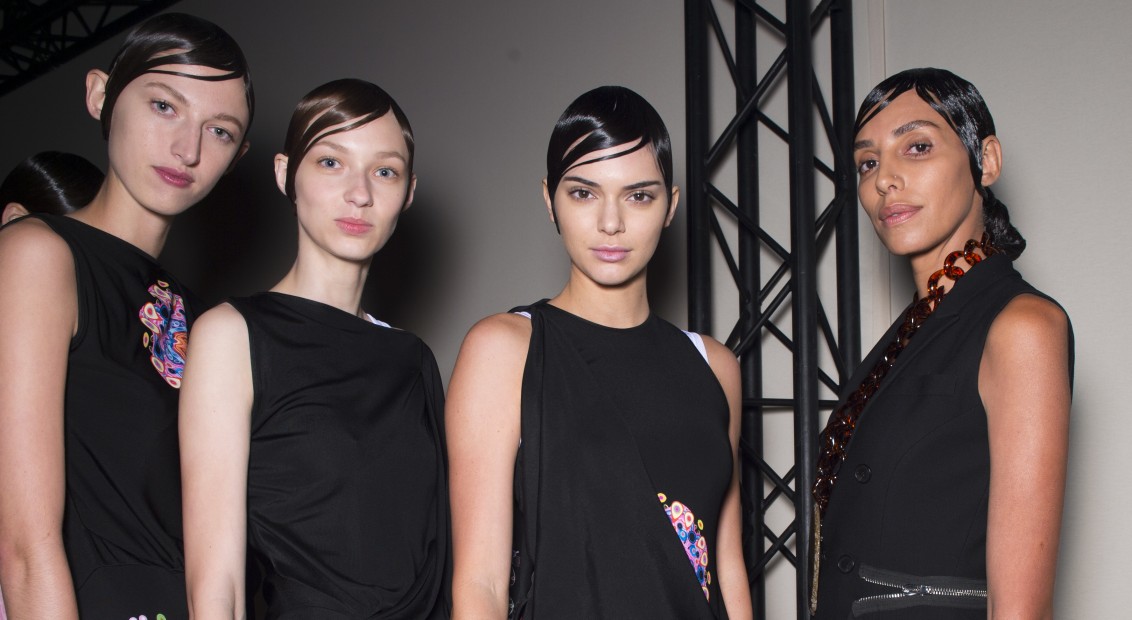 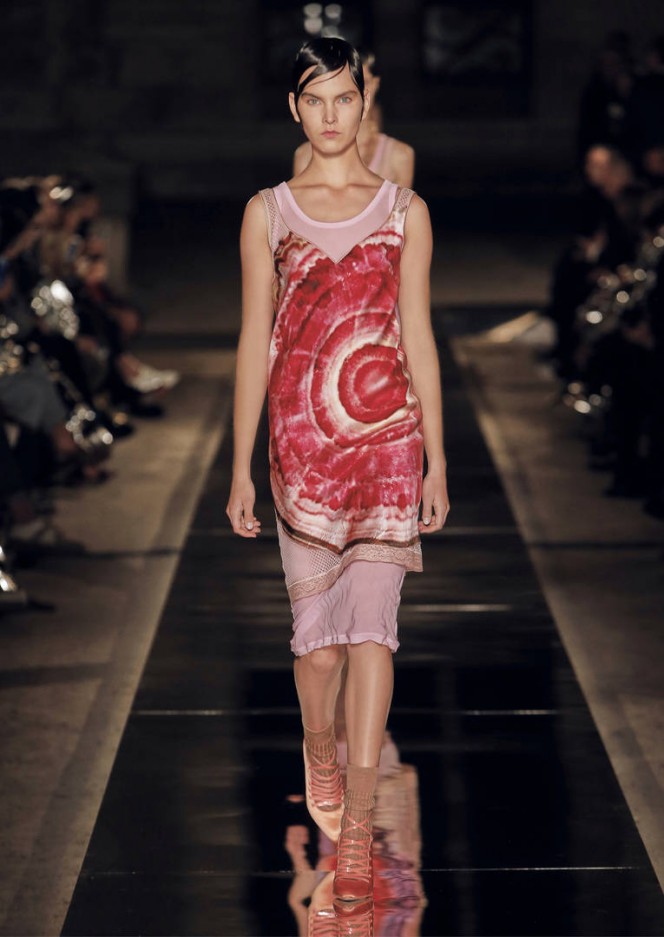 Staged on a mirrored runway outside Paris’s Museum National d’Histoire Naturelle, Riccardo Tisci wrapped his guests in silver foil mylar wrap, extended the reflective runway into the audience. Being close to nature was key to this latest offering “inspired by the spirituality of nature” and in particular, the power of rocks and crystals – appearing in the form of agate necklaces that hung from models necks.

The mood was set: jersey and silks carefully fell around the female form and sinewy seams looked professional. Clingy nude dresses followed polka-dot frocks and little black dresses which were uplifted with modern gemmology prints in delightful daytime hues. It was less athleisurewear and more grown-up as Tisci embraced the “modern woman’s wardrobe” in his new stellar move.