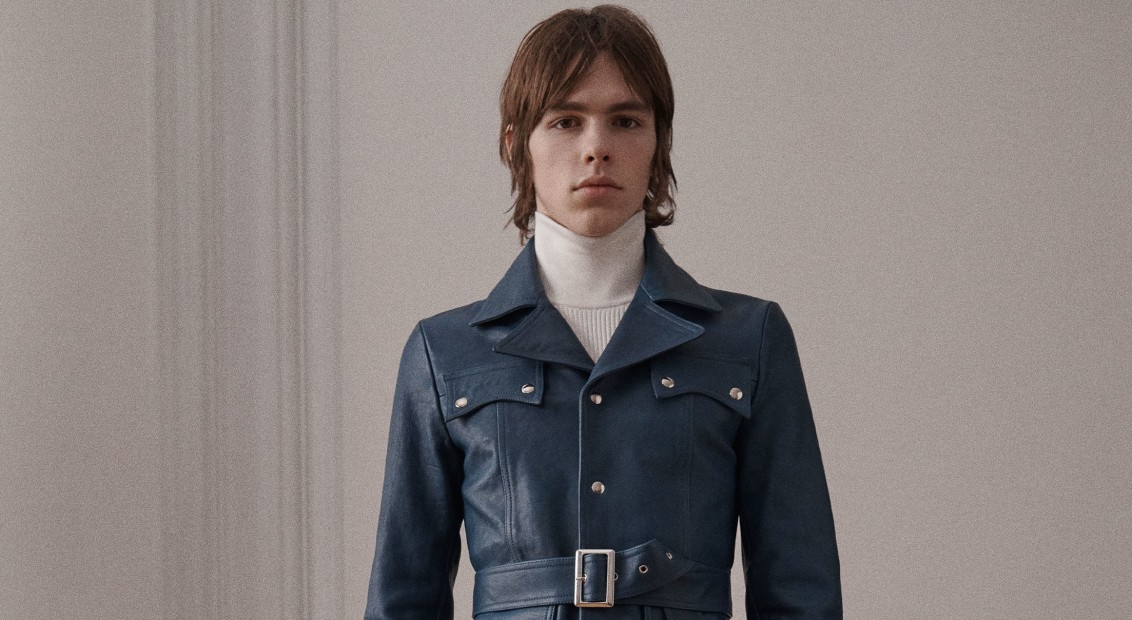 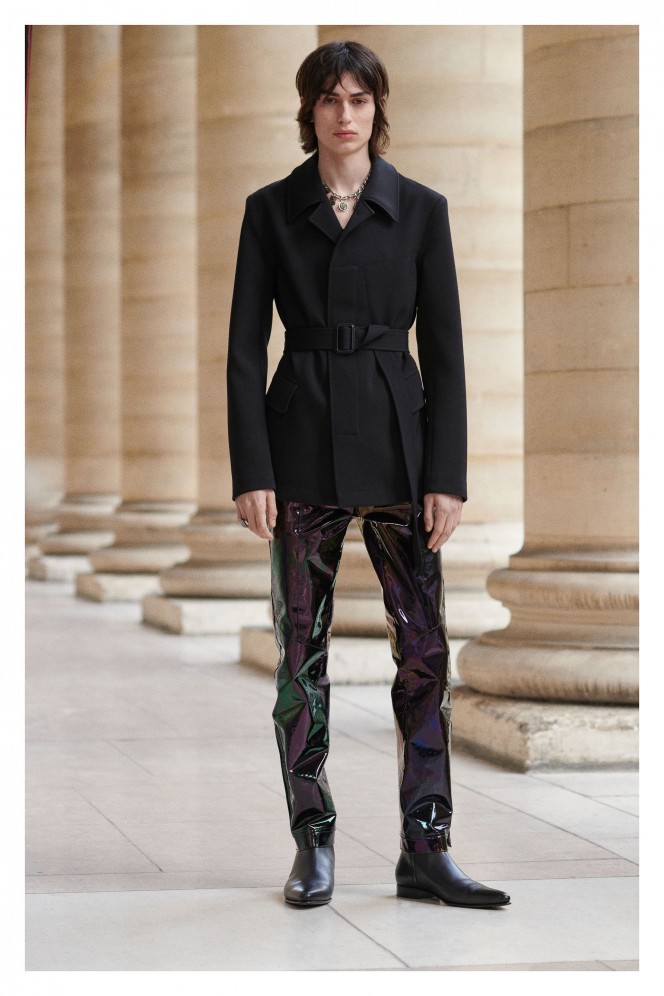 Up until this point, Clare Waight Keller has incorporated her Givenchy menswear into her womenswear shows. Eighteen months into her tenure at the house, this season, menswear was given the freedom to stand alone at the couture showroom – an elegant Haussmannian apartment in the Palais Brongniart where Hubert Givenchy first met his enduring muse Audrey Hepburn.

In this intimate decorated with baby’s breath flora, 20 looks were shown as Waight Keller took guests through her vision of the Givenchy man. She spoke of the men in her life and the young men who work at Givenchy and study in Paris. She spoke of thinking back to the 90s and the way she and her friends would dress; mixing sharp, tailored looks with a casual t-shirt or hoodie. And she spoke of pulling a softness from womenswear into menswear.

This ethos translated broadly as youthful elegance – or “perverse posh’ in Waight Keller’s own words. Exquisite tailoring – such as slim suit jackets cut to an inch of the wearer’s skin, paired with 70s-style flares and those killer boots the designer simply nails each season – injected with a sense of ease and freedom – maybe swap those flares out for a pair of karate trousers if you’re feeling more cas’. Rendered in vivid primary colours, colour block suiting transported us back to the halcyon britpop days were Albarn and Cocker meant everything and collage shirts saw heritage Givenchy prints plucked from the archives, spliced them together and created anew – incuding a new print for the season: ‘Pegasus’.

Elsewhere, that softness Waight Keller spoke of? It was clear: in the fuchsia and electric blue tones; the microglass hand-beading; rounded shoulders; delicate sequins, and those loose voluminous shapes borrowed from the house’s womenswear and adapted to voluminous puffer jackets. While the Givenchy man was given his own platform, he’s never far removed from his female contemporary.