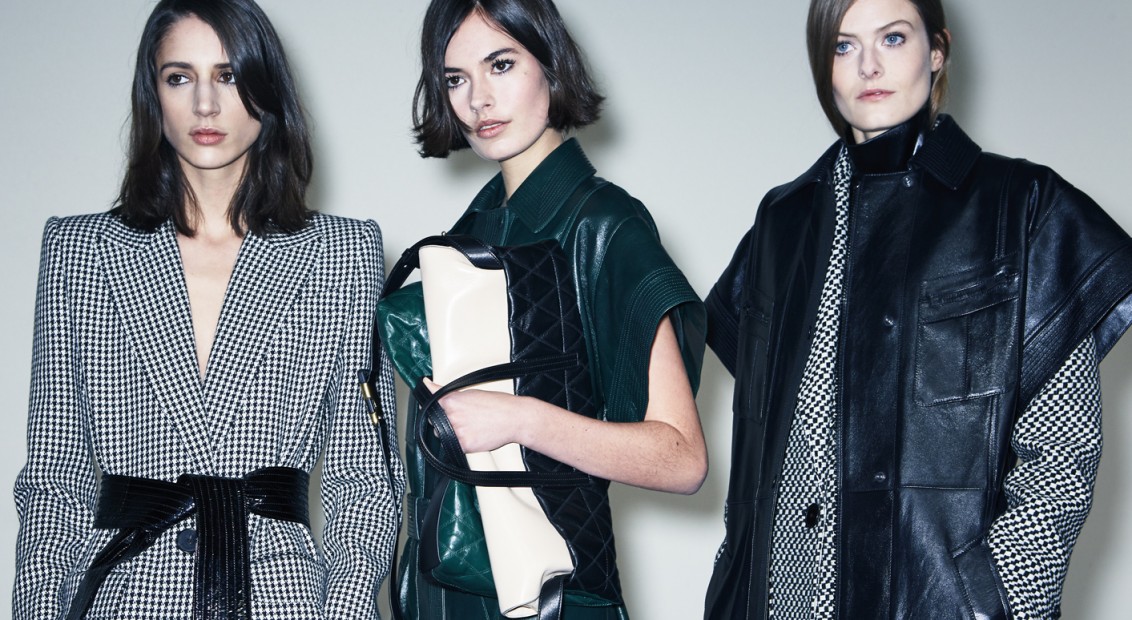 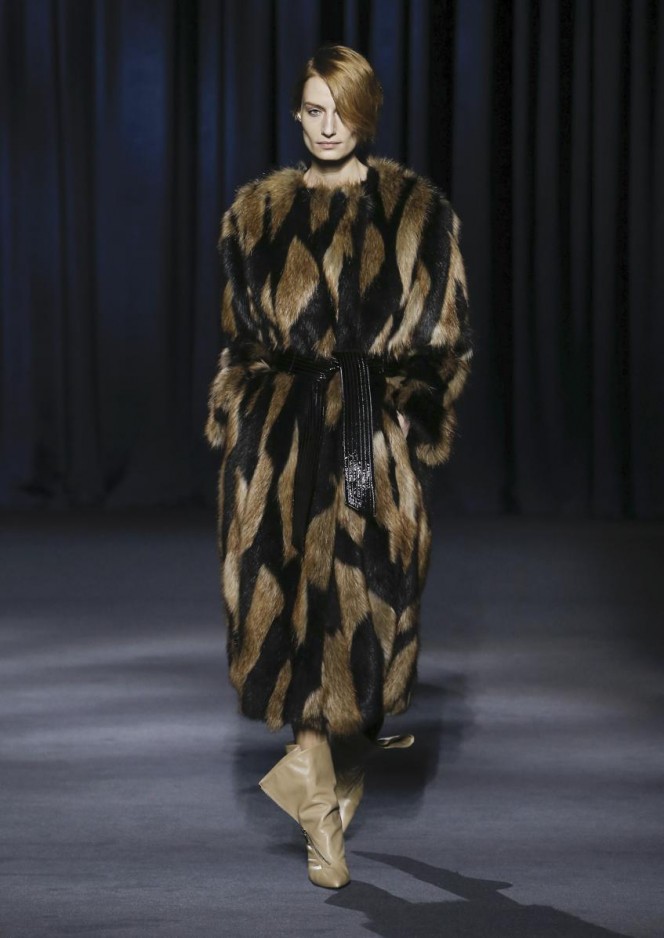 Thanks to Hubert de Givenchy’s most famous client, Audrey Hepburn, the French designer’s eponymous brand will always have a strong affiliation with Hollywood glamour. However it was a more sinister protagonist at the heart of Clare Waight Keller’s sophomore collection for the house, inspired by film noir.

Outside the Palais de Justice – a venue reserved for this storied house, and this house alone – last season’s large gold letters spelling out the house’s name had been replaced by bold white capitals – very similar to the iconic Hollywood sign. Inside, richly coloured velvet curtains fell from the ceiling, dividing the vast space into intimate salons lit by spotlights (or searchlights, to match the collection’s sinister theme).

Two films formed the backbone of this season’s theme: the David Bowie-starring vampire flick The Hunger and B Movie: Lust and Sound in West-Berlin, 1979-1989, a mash-up of footage from the city’s music scene during the 1980s. “Evocative of the grit and glamour of Berlin on the cusp of the 1980s, cinematic vignettes portray the starkly photogenic loucheness embodied by the nightlife of the era,” read the press release. Here, this mood came cross-wired with 1990’s New York, where “a social scene not dissimilar unfolds” and “a new charismatic generation finds its sass on the lurid club circuit.”

The common denominator between 80s Berlin, 90s NY and Waight Keller’s latest offering: tension.  Between the bourgeois and the underground, sleaze and sophistication, the grit and the glamour, Opposites clashing in the shadows: Thick (faux) fur coats were slung over tailored suiting – often nipped in at the waists with tied leather belts – heritage checks came reimagined in graphic compositions and pencil skirts merged with oversized zebra sweaters (a nod to Hubert de Givenchy’s love for animal print), while shoulder’s were worn big and leathers slick. What with that potent mix of glitz and danger, it was all very Mullholland Drive. And what’s a femme fatale without a pair of killer heels? Here they came decked out in ankle booties with expandable zip sides that allow the wearer to alter the form and shape.

As for Waight Keller’s film noir heroes, they appeared in oily leathers, razor-cut silhouettes and floaty blouson shirts (a nod to Bowie’s vampish character, or perhaps Nick Cave’s early years in The Birthday Party – take your pick), while one faux fur coat and another white puffer one looked more P Diddy than Ziggy Stardust.

In this opulent mix of sinister and glamour, this writer’s mind immediately turned to Georges Franju’s 1960 stylish horror, Eyes Without a Face, in which Hubert de Givenchy designed all of the gowns worn by the main character Christiane – leading to one particularly memorable image of a masked woman lurking in the shadows clad in an opulent Givenchy gown. If you haven’t seen it, you’re missing out. 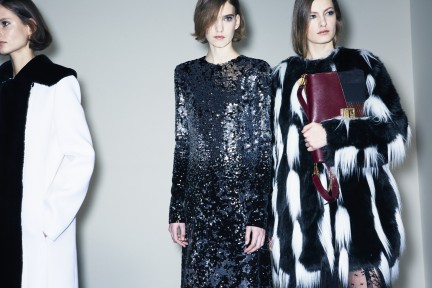