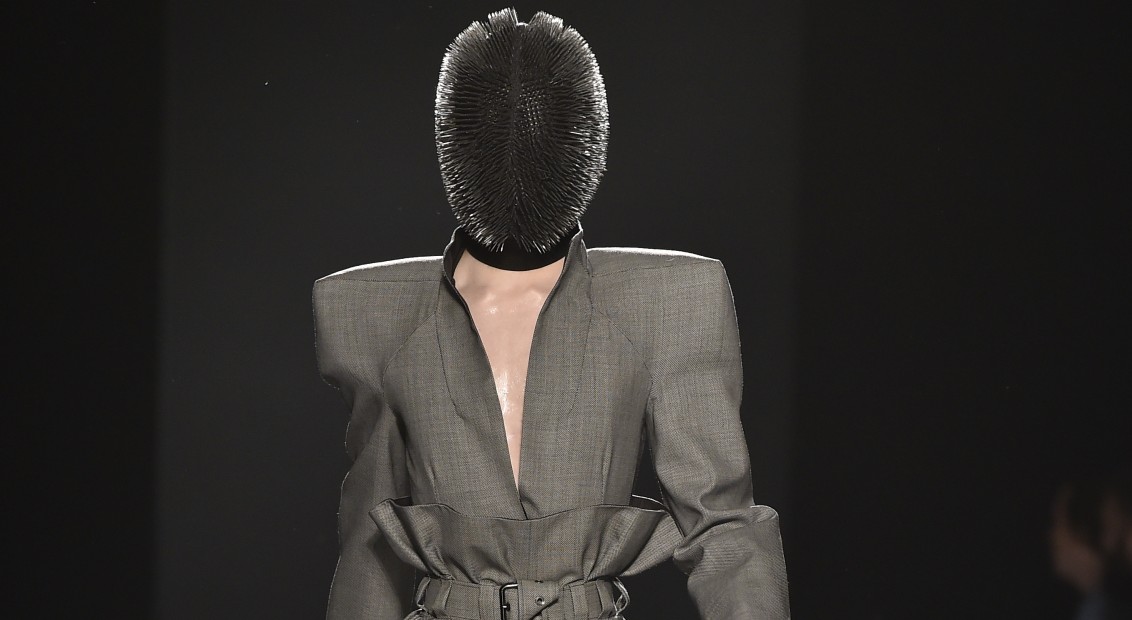 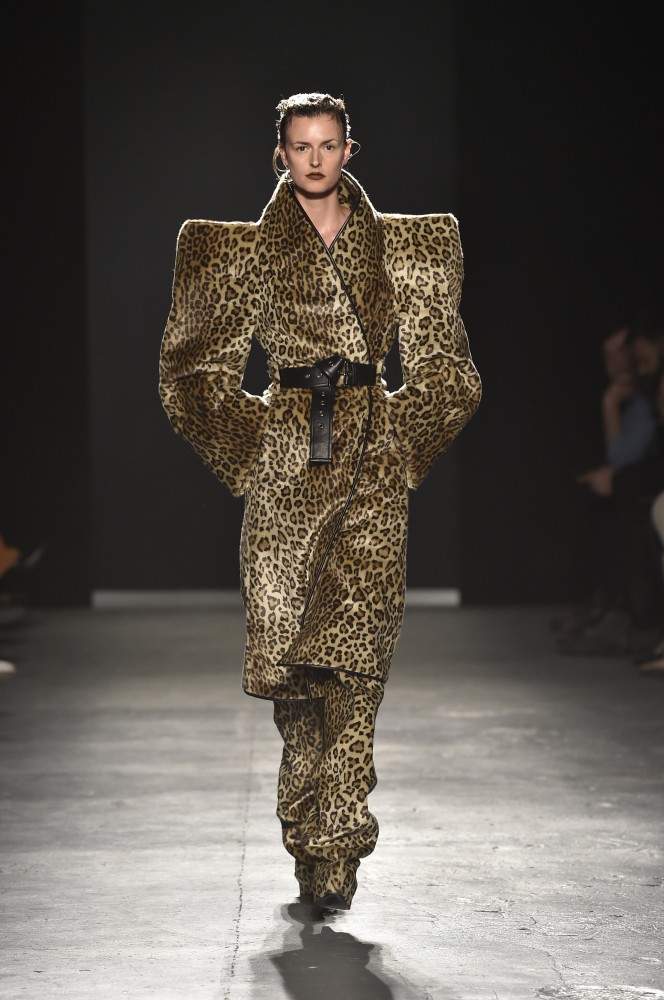 If Grace Jones happens to be the leader of an all-female faction that exists in a dystopian future then Gareth Pugh has envisioned the ideal uniform for the circumstance.

The Sunderland-born designer brought back 80s power dressing but gave it an anarchical aesthetic twist. To an aggressive soundscape that sounded like hydraulic machinery, models stomped down the runway in structural pinstriped suits and dresses that looked as if they’d been welded together. There was a definitive sense of unapologetic sexuality and raw power – as Pugh’s show notes read, this collection was “for women who accept zero bullshit” – and mixed with the mechanic aspects of this collection, this writer’s mind immediately shifted towards JG Ballad’s car-crash fetish novel Crash.

Since his early days as part of Fashion East, Pugh has predominantly worked in sombre shades – the same could be said of his latest offering, but a few leopard-print pieces featured to add to the general air of provocation. Accessories-wise, thorny structures served as arm cuffs and lopsided crowns, and, of course, it wouldn’t have been a Pugh show without the presence of masks – in this case a needle-covered creation that made Hellraiser look amateur.

In regard to his inspiration, Pugh noted the work of artist Michael Landy – specifically, his 2001 performance piece Break Down in which he inhabited a derelict department store and set out to destroy his treasured belongings. For those unawares, Pugh is no stranger to using abandoned buildings as a site of creativity himself. He was part of the !WOWOW! collective: a group of artistic students who squatted in an old department store in Peckham where they would produce creative work and throw outlandish parties. For FW18, then, this was the designer returning to that very concept – destruction can very often lead to novel construction.