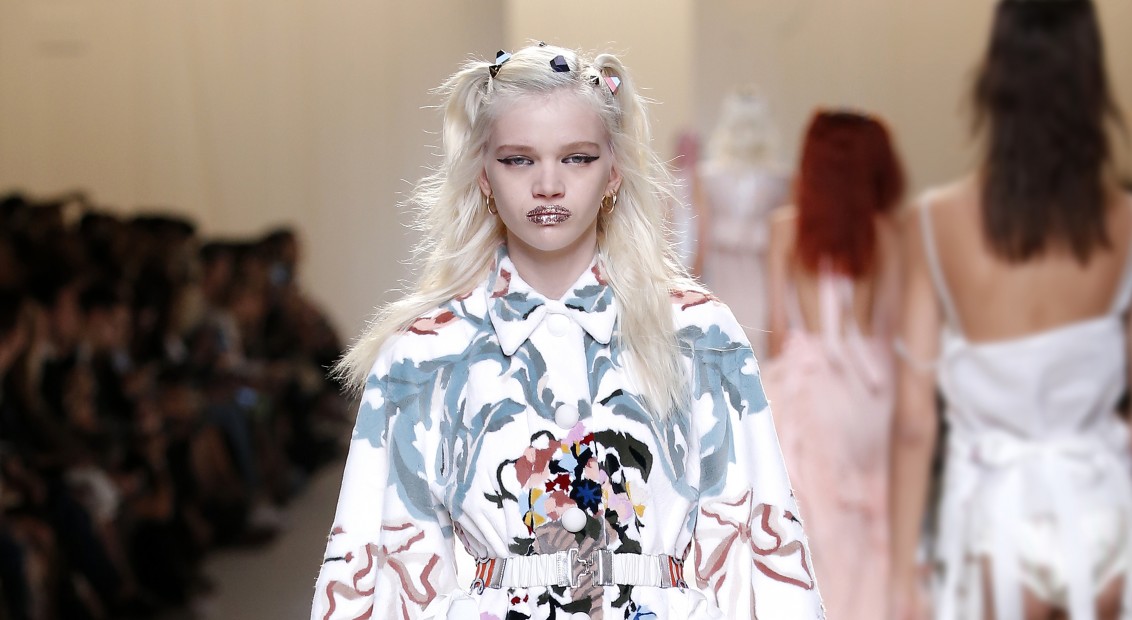 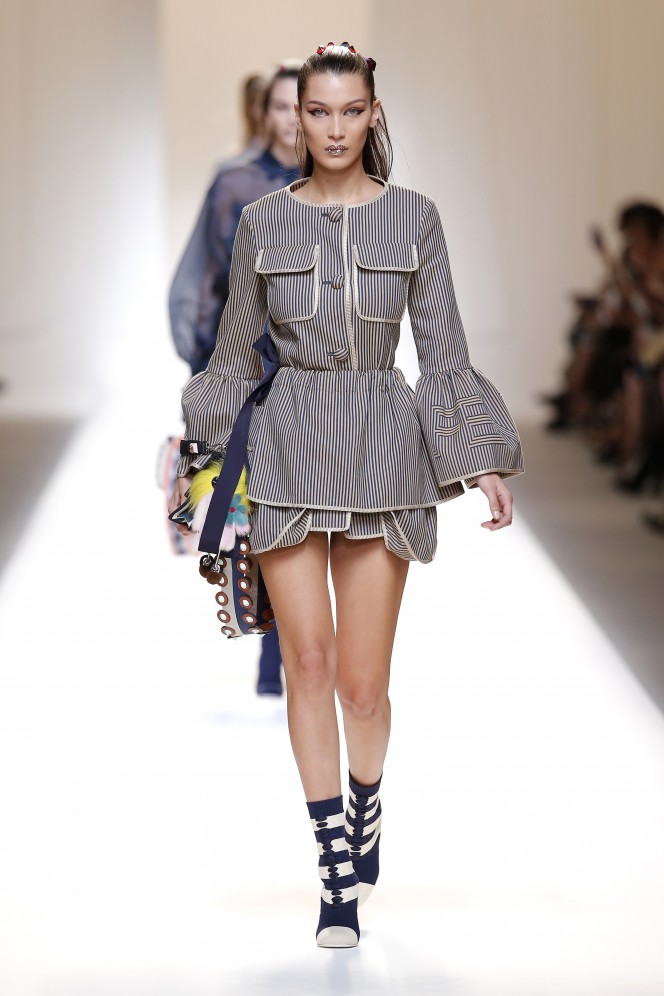 Karl Lagerfeld’s 50-year tenure at Fendi has been characterised by a solid commitment to two ‘F’s: ‘Fun Fur’ (also the long version of the iconic Fendi ‘FF’ logo). But, as anyone present at the house’s SS17 show yesterday will attest, any further ‘F’s would have to be ‘Finite’ and ‘Flourish’. For Lagerfeld’s inimitable ability to work full on, oft-cinematic references into wearable, feminine, gotta-have pieces is bar none. At Fendi he goes for it, but knows where to draw the line.

Where did he take it this season? Well, imagine Karl Lagerfeld been employed to etch the costumes for Sofia Coppola’s 2006 flick Marie Antoinette and you’re on the right track. The designer looked to Rococo, the extravagant Late Baroque movement that enraptured Marie Antoinette, whose addiction to luxury ended up fanning the flames of the French Revolution.

Lagerfeld’s reboot was opulent, athletic and fresh. Silhouettes aptly cinched at the waist or tied with ribbons, cut like aprons and worn over barely there lingerie. The undergarments vibe ran strong in prints and detail, from the sportier, pyjama-like first looks in the Fendi Regimental stripe (which also carried over to playful boots and trainers) – through to the lace cut out and bow detail on sleeves and necklines. It was all very lush: French garden florals were cast across voluminous skirts, here in clique jacquard and sheer organdy, there in metallic fil coupé (a floaty embellishing technique done on light weight fabric). All in glimmering gold, white and pretty sorbet hues, naturally.

The accessories, which are designed by Silvia Venturini Fendi, saw bags tied in through their toy-like appearance, the designer riffing on the signature Peekaboo and DotCom bags, and covering the new Kan I lock bag in candy coloured studs. Good enough to eat, and luxe enough to picture M. Antoinette herself fighting off the Fendi fanatics when the collection hits stores. In those striped trainers she’d have a strong head start.